Located in Chevy Chase, Washington, D.C., in front of the Chevy Chase Community Center, this bench commemorates the life of civil rights leader Julian Bond. The bench was dedicated in memory of Julian Bond on Monday, June 26, 2017. Bond helped establish and lead the Student Nonviolent Coordinating Committee (SNCC) and documented the Freedom Rides of 1961 to desegregate buses and other means of public transportation, as well as the stations and depots that served interstate travelers. When Bond passed, many of the veterans of the Civil Rights movement expressed a desire to create a memorial. "We were prepared to build the Washington Monument for Julian,” explained Freedom Rider and friend Joan Browning. "All he wanted was a bench." Family and friends, including many of the Freedom Riders who attribute Bond's leadership as the reason they survived angry mobs, have worked to dedicated several other benches in honor of Julian Bond since the dedication of this bench outside Chevy Chase's community center. 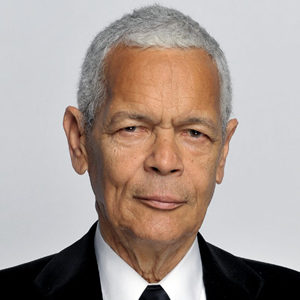 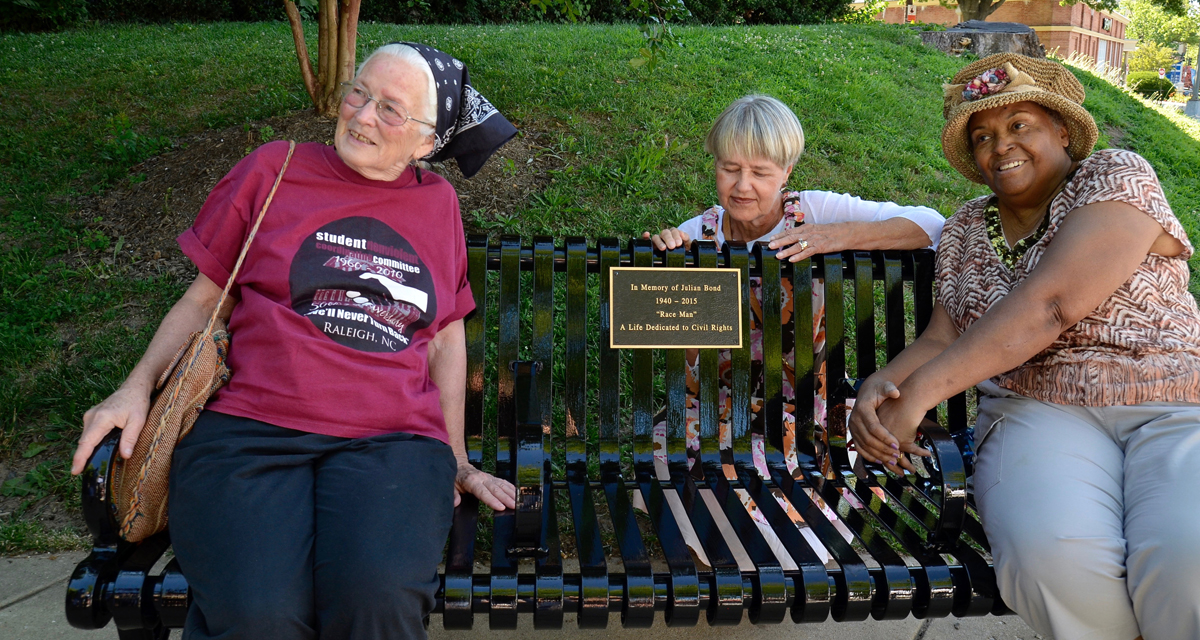 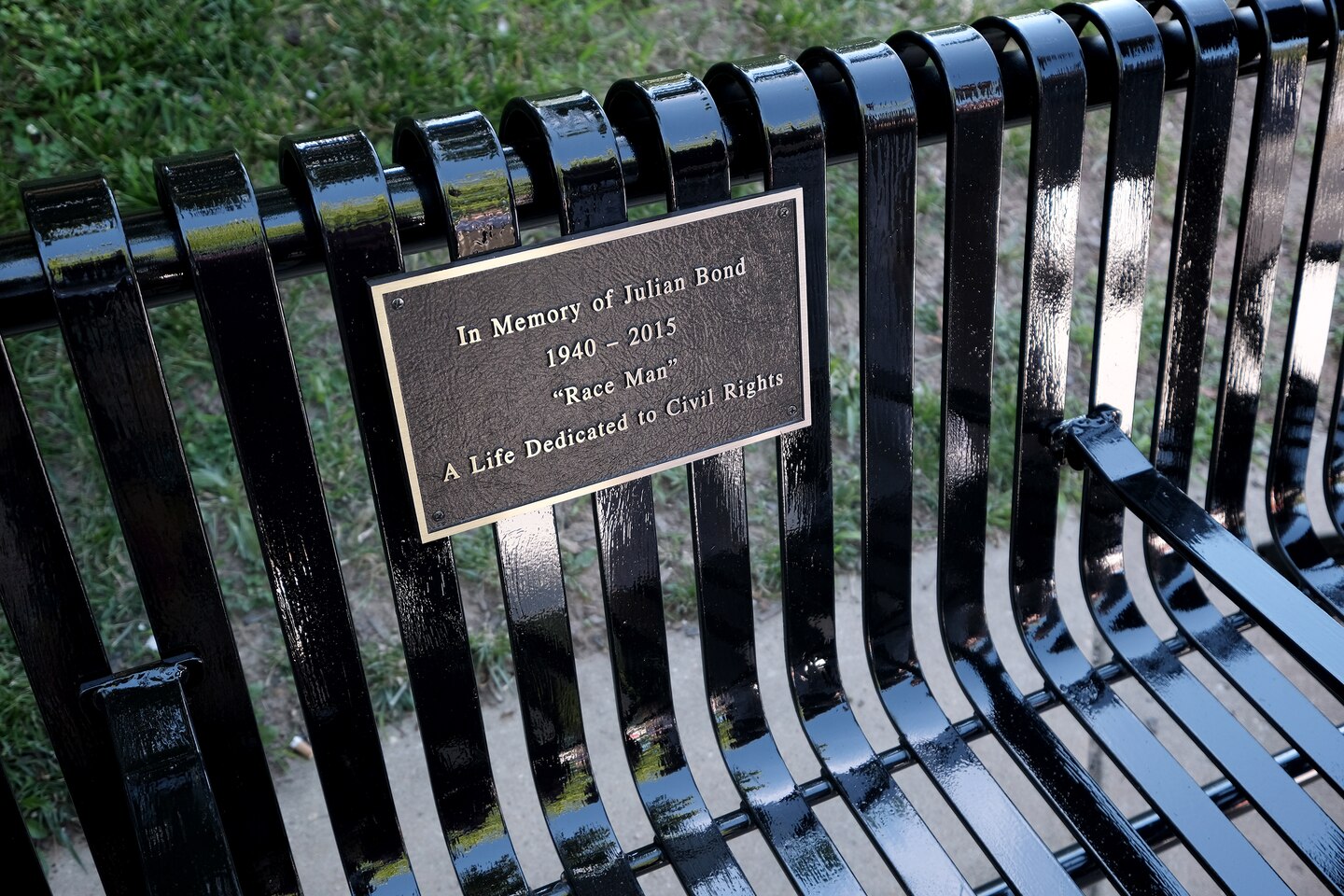 Pam Horowitz, center, surrounded by friends and activists at the dedication of the bench in her husband's memory on June 26, 2017. 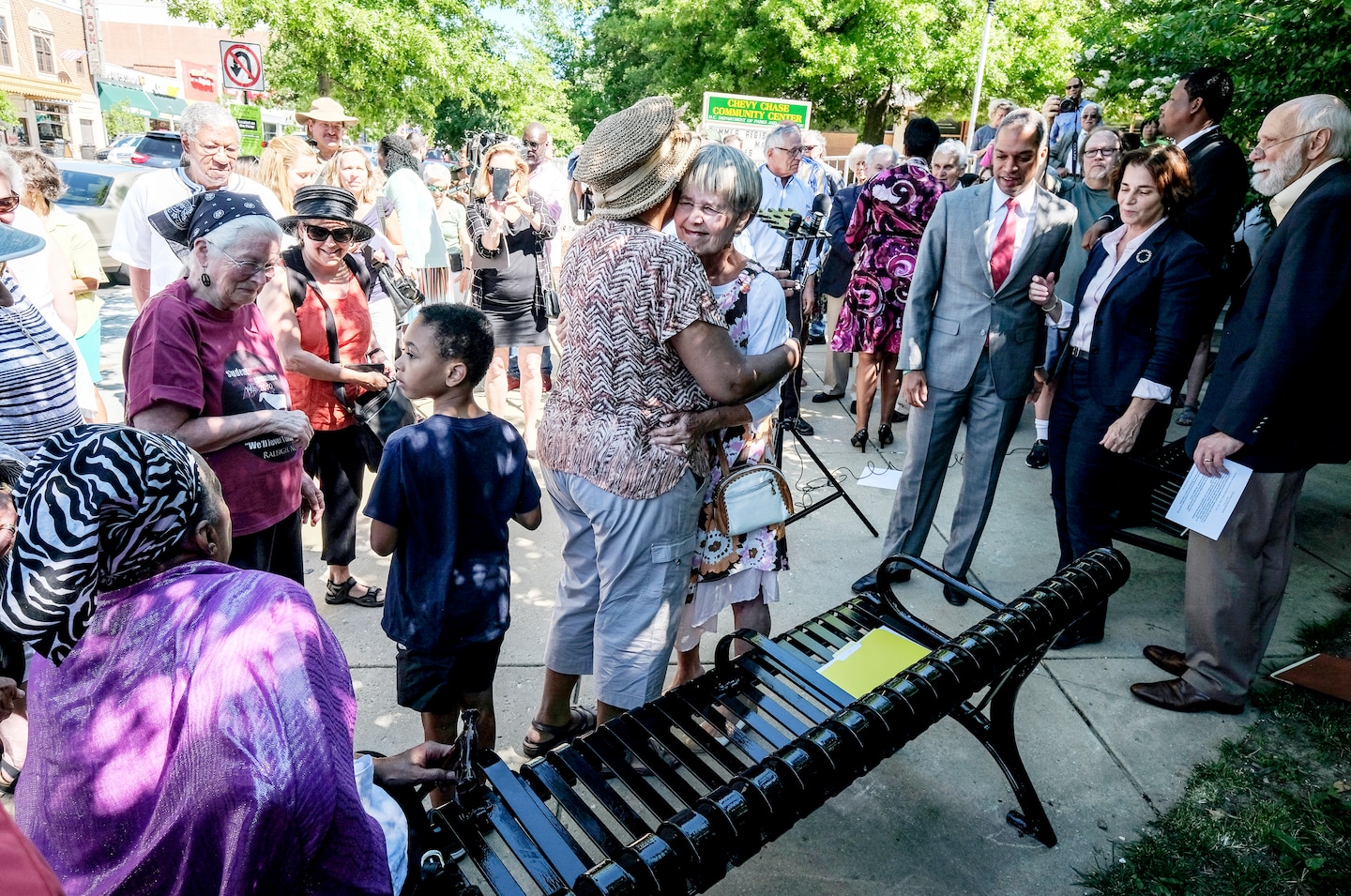 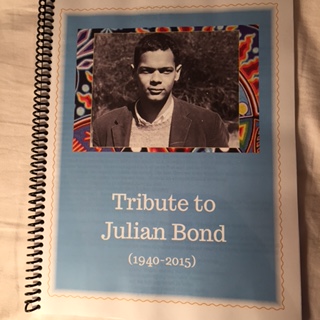 Interview of Freedom Rider, Joan C. Browning, a close friend of Julian Bond's on March 25, 2020 by Jennifer Ferrell for this Clio entry

Horace Julian Bond was one of the many distinguished leaders of the American Civil Rights Movement. Bond was born in Nashville, on January 14, 1940 and five years later, the family moved to Pennsylvania after his father, Horace Mann Bond, was appointed to the presidency of Lincoln University. Horace Bond was the first African American to lead Lincoln, and growing up around educators inspired young Julian to attend Morehouse College in Atlanta.

Julian became a founding member of the Student Nonviolent Coordinating Committee (SNCC) while attending school served as the organization's Communications Director from 1961 to 1966. During these years, Bond documented many student protests against segregation. His leadership was critical to the success of the Freedom Rides in 1961, and his efforts to support the hundreds of participants as they challenged segregation in interstate travel saved the lives of many young activists.

After graduating from Morehouse, Bond helped establish the Southern Poverty Law Center (SPLC) and served as the organization’s president from 1971 to 1979. In 1965, Bond became a member of the Georgia House of Representatives. He ran for the U.S. House of Representatives but lost to John Lewis, a leader of the Civil Rights Movement. Bond served as the Chairman of the NAACP for eleven years. In his later years, Bond became a Distinguished Visiting Professor at American University and a professor in the history department at the University of Virginia.

Julian died in August of 2015 when he was 75 years old. His widow, Pam Horowitz, stated that he “always wanted a bench” that would bring people together. He preferred a bench over a monument to commemorate his life, and the only thing he was unsure of was exactly where the bench would be placed. Before he passed away, he helped with creating the plaque that would be on the bench, which states, “In Memory of Julian Bond, 1940-2015, ‘Race Man,’ a Life Dedicated to Civil Rights.”

Bond preferred a bench over a statue because he wanted people to be able to sit down, talk to one another, and discuss how to make the world a better place. An article published by the Washington Post portrayed the bench’s publication as a long fight with the bureaucracy. However, Bond’s widow, Pam Horowitz, corrects this narrative. According to Horowitz, there was never a disagreement about whether the city would honor Julian in this way. Towards the end of the process, the city’s mayor and councilwoman were arguing about entirely unrelated things, and the bench got tied up in that larger issue in a way that led to rumors. Horowitz believes that someone had sent a message to the Post that claimed the bench was being delayed. The mayor and councilwoman both attended the dedication. In retrospect, it seems that the article spread more awareness of the memorial.

Julian Bond’s bench was dedicated on June 26, 2017, and is located in the 5600 block of Connecticut Avenue NW, Washington, D.C., in front of the Chevy Chase Community Center. Today, there are more of Julian’s Benches popping up everywhere on college campuses across the nation. There are also other forms of honor popping up as well. For example, there are two benches and a monument in his honor at American University next to the building he taught at while he was a professor there. The University of Virginia opened a brand new dormitory in 2019 that’s named “Bond House” in honor of him. They also have a chair in the History Department named after him.

He had one more wish aside from the bench being placed, and that was to be cremated, and his ashes be spread in the Gulf of Mexico. His immediate family gave notice to friends and family and told them that in place of a ceremony, they could sprinkle flower petals in moving water, wherever they were, at 3:00 PM Central Standard Time. Bond’s widow, Pam Horowitz, received photos from all over the world. A few examples include pictures from across the states, Europe, and Hungary. The Southern Poverty Law Center created a video containing all of the scatterings to show at his memorial service on October 6 in Washington, D.C. Dear friend, Joan C. Browning, contacted everyone who received the notice and asked them to take pictures as they were doing this. She then created a booklet of these stories and photos in honor of Horace Julian Bond to give to his wife and family.

Schwartzman, P. "Of Bond, a bench and bureaucrats: How friends and family of late civil rights leader got tangled in red tape." The Washington Post. Last modified May 24, 2017. https://www.washingtonpost.com/local/dc-politics/of-bond-a-bench-and-bureaucrats-how-friends-and-family-of-late-civil-rights-leader-got-tangled-in-red-tape/2017/05/24/14b42d50-3fd7-11e7-adba-394ee67a7582_story.html.