The home of Gertrude and Nelson Burch is one of the historic houses in the Southside/Munichburg Historic District. The Italianate style house also is known as the Russell House. It is an example of the modification of the Italianate style with aspects of the Missouri-German vernacular style. The two-story, cube-shaped brick house was built around 1868 on a stone foundation with a hipped roof. The house is visible in a bird's eye view rendering of Jefferson City from 1869. Interior features that have been retained include a marble mantle, hardwood floors, and the original walnut and mahogany staircase. The house was listed in the National Register in 2003 and is the oldest home on the block. 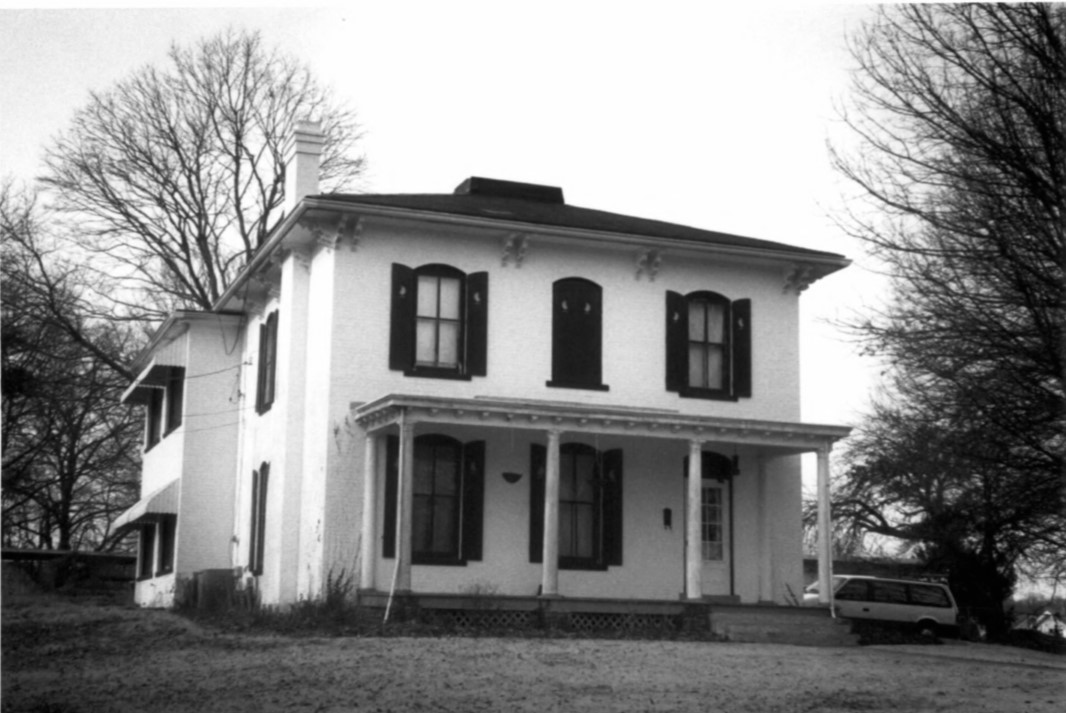 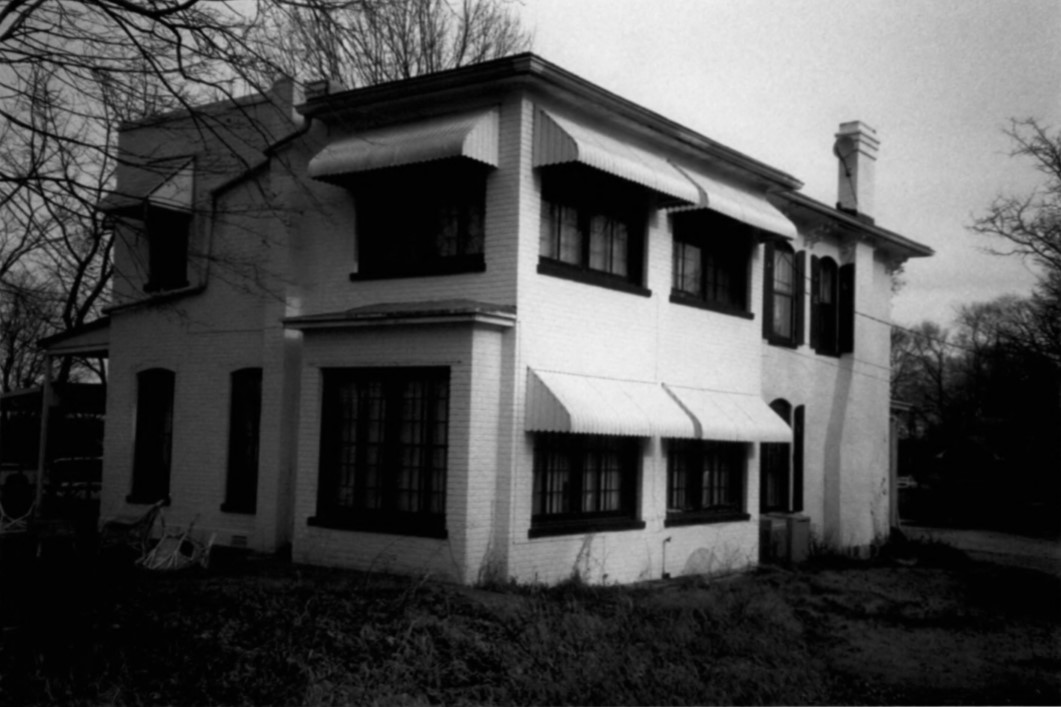 Gertrude and Nelson Burch House from rear yard in 2002 (Beetem) 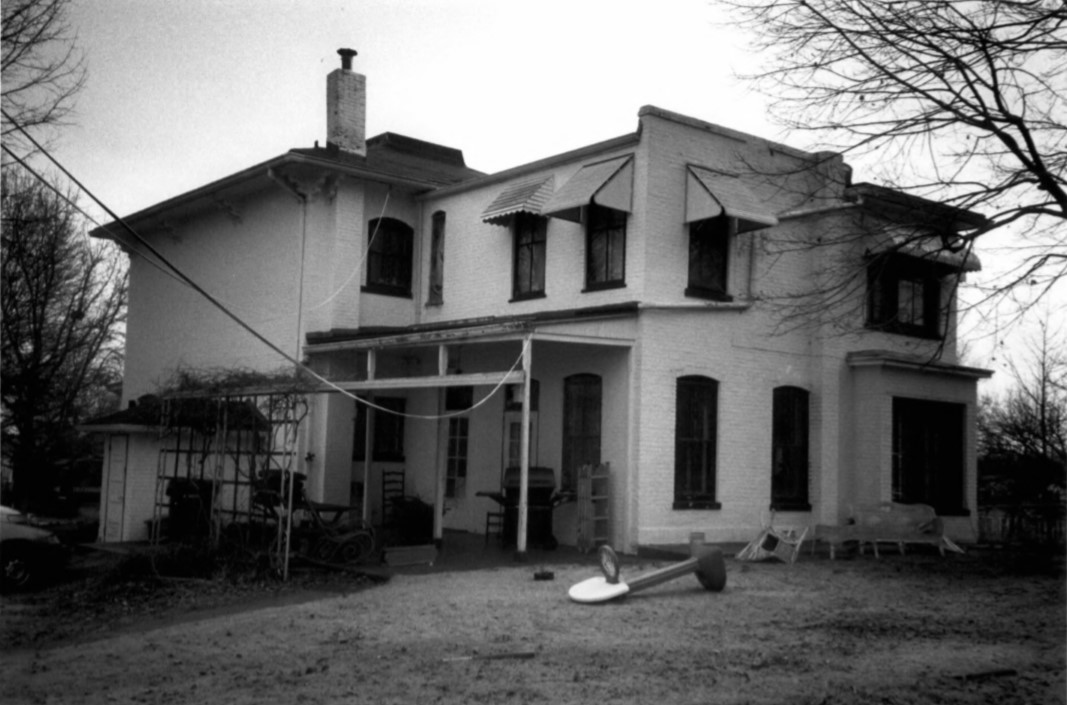 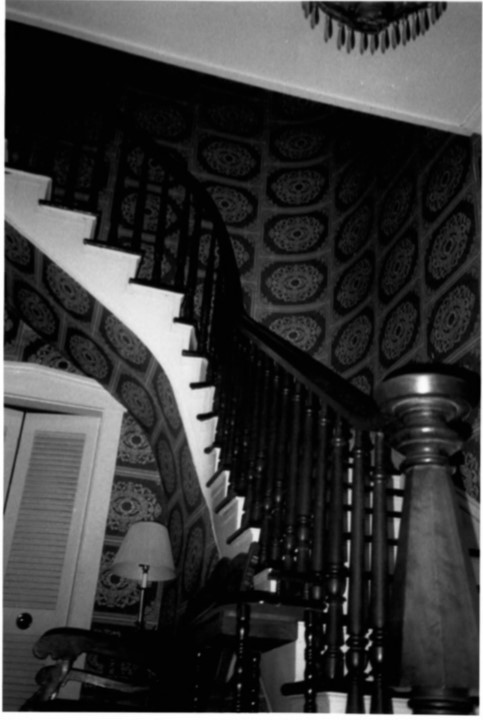 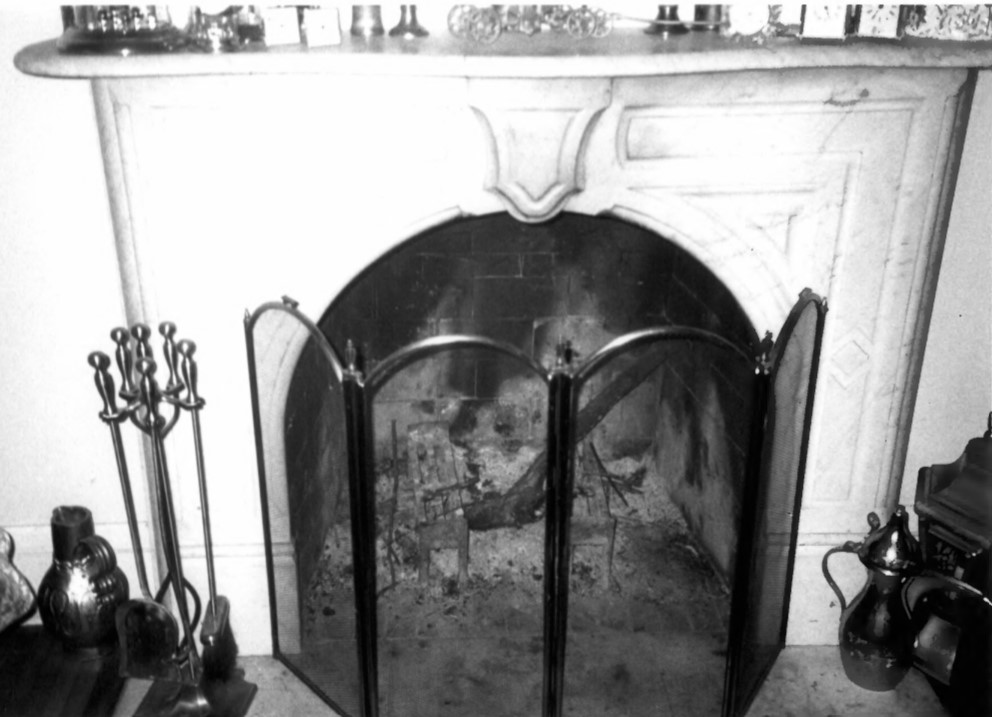 TheGertrude and Nelson Burch House is set back from the road, on the back half of a high, level lot. The house is the oldest one left on its block but not the oldest in its Munichburg Historic District. The front façade of the house has barely changed since the 1860s. The house was listed in the National Register for its significance in architecture, as a good example of the Italianate style as modified in the Munichburg (Historic Southside) neighborhood.

The house is a kind of toned down Italianate house, with simpler details and German vernacular styled windows. The home exterior is painted brick and three bays wide. The wide eaves are supported by prominent but not fancy brackets, and the windows are segmentally arched with wooden shutters. The hipped roof features a raised flat platform; the original roof, as seen on the 1869 Bird's Eye View of Jefferson City, had a railing around the edge of the platform, called a widow's walk (named for women who would use this high vantage

point to gaze out to sea, waiting for their captain or sailor husbands to return home; sometimes they never made it back home). The original house was square in plan, but several additions have been made to the rear.

The Gertrude and Nelson Burch House also was found to be significant to the ethnic heritage of the neighborhood. Nelson and his brother, Oscar Burch purchased numerous properties in town in the 1860s. One was a lot of about five acres bought in 1867 along West Atchison and Jefferson Streets, part of the current house lot. Nelson Burch served as a clerk of the Missouri Supreme Court and Oscar was his deputy. Nelson was the publisher of the first daily newspaper in Jefferson City, the State Journal. In the late 1880s, Nelson, his family, and some of Oscar's children moved to California. The new owners of the house were a mother and daughter, Elizabeth Wagner and Antonia Wagner Zuendt. Both women were widowed in a local train accident in 1885. Elizabeth's late husband, Christopher, was a second-generation Missouri German who had made a good deal of money during the California Gold Rush of 1849. Christopher was a veteran of the Mexican and Civil Wars and became a businessman in Jefferson City. He was elected Cole County treasurer twice.

Elizabeth lived in the home until her death in 1913; she shared the home with two sons, Christopher and Julius, in 1900. Her estate sold her interest in the house to Antonia Zuendt and James J. O'Connor. The house was rented out to a succession of people until being purchased by U.G. Lewellen by the late 1940s. A garage on the rear of the lot, present by 1939, is a contributing structure to the National Register nomination. The five-bedroom home on a three-quarter acre lot features almost 3,000 square feet of living space and a partially finished basement.