The Tinley Park Performing Arts Center is a branch of the Tinley Park-Park District. Home to Tinley Park's Community Theater, Arts Alive! Community Band, Covered Bridge Children's, Teen's and Musical Theaters, Graffiti on the Fourth Wall Comedy Improv Troupe, and Kidz on the Bridge Comedy Improv Troupe, the TPPAC serves as a staple in the community for entertainment, education, and art. In addition to performances throughout the year, acting classes, community movie nights, and Open Mic Nights are offered. Showcasing Tinley Park's talent, from all ages, the TPPAC is a vessel for the community's creativity. The TPPAC is also available for rental space, such as birthday parties and meetings.

Image of the stage crew for Covered Bridge Children's Theater's performance of Beauty is a Beast (2016), the directorial debut of Lizzie O'Hearn. Almost the entire stage crew and directorial staff ranges from the ages of 13 to 17 (in addition to an adult supervisor). 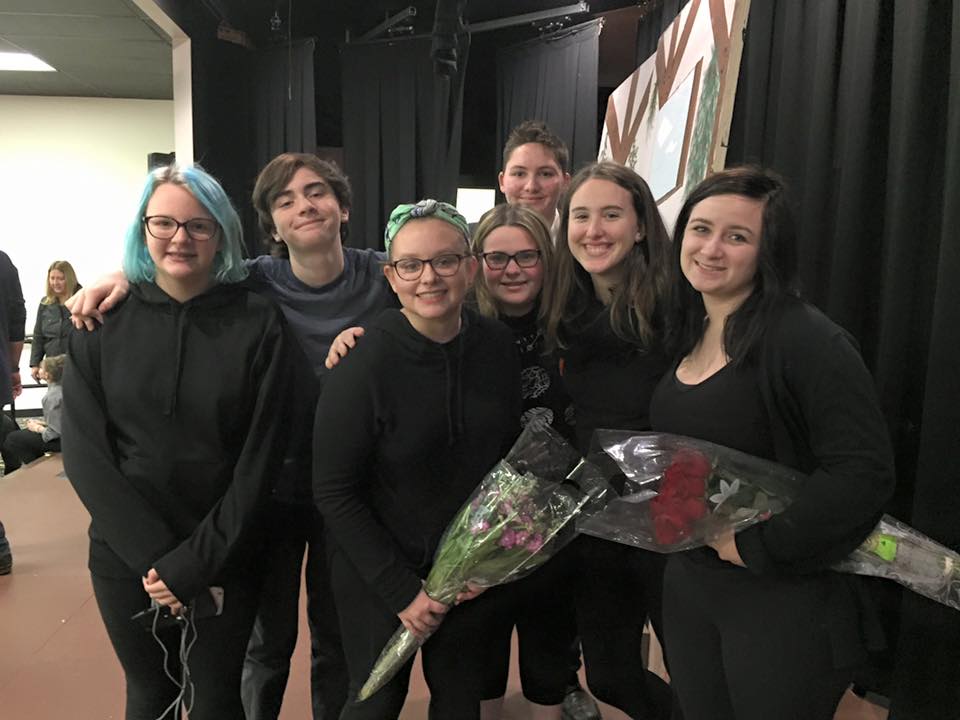 A scene from Covered Bridge Teen's Theater's performance on Anon(ymous) in 2011, directed by Sharon Stolarz. 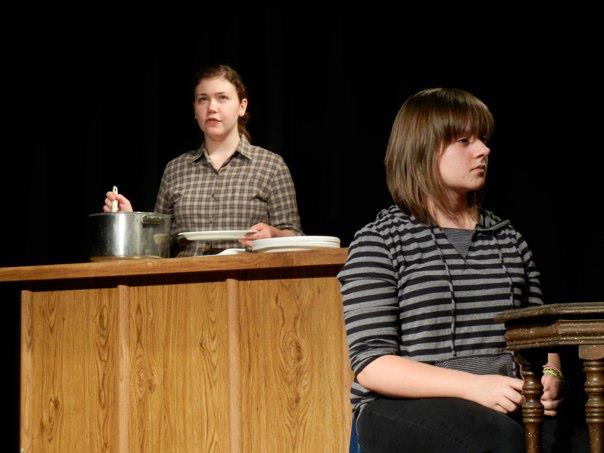 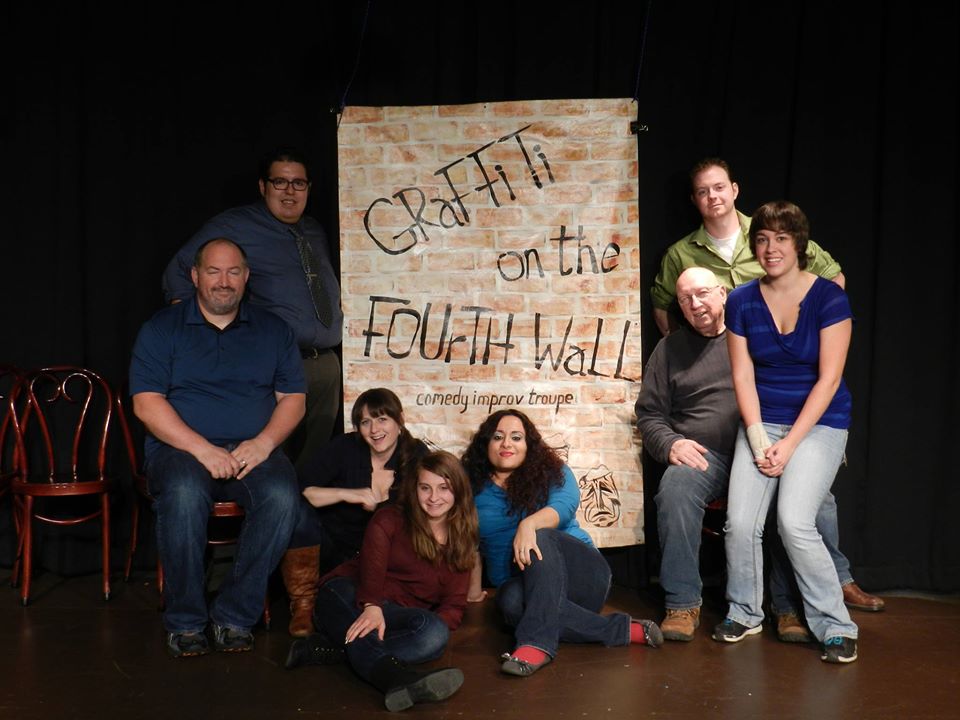 Image of the original architectural drawings of the TPPAC remodel. 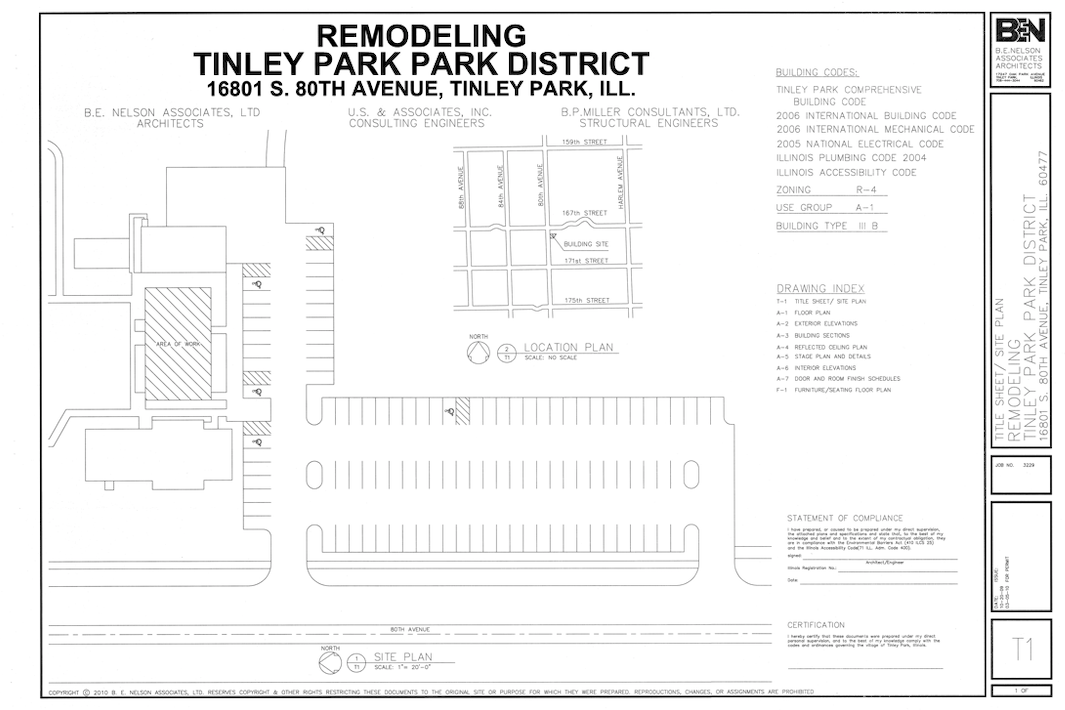 Prior to 2010, the TPPAC was simply just a large building; no stage, no seating, just a room. While rehearsals took place in this building for Covered Bridge Theaters, Graffiti on the Fourth Wall, Kidz on the Bridge, and Arts Alive!, there was no theater to truly call home. After jumping between schools with theaters, as well as creating makeshift stages inside the original TPPAC that were removable, the Tinley Park Park District chose to remodel the theater. In the Fall of 2010, the TPPAC was remodeled to have a stage, stage lights, a light and sound booth, and proper theater seating that allows for 120 people [1]. Since 2010, numerous plays, improv shows, Open Mic Nights, band performances, and educational activities have been held here, enriching the Tinley Park community.

Covered Bridge Theaters, Graffiti on the Fourth Wall, and Kidz on the Bridge

While Covered Bridge Theaters began in the 90s, Daniel DeWalt's company moved to the TPPAC in 2004 with the production of Alice in Wonderland. ﻿The company began to grow, becoming an important development in the community to teach children theater at a young age, as well as emotional skills through theater. At the same time, the need for an actual community theater became more apparent, leading to the remodel in 2010. The grand opening in 2010 featured various scenes from prior and current productions, musical numbers from Into the Woods, and improv sketches from Kidz on the Bridge [2]. The first shows to be performed in the Winter of 2010 were the Children's Theater's production of Velveteen Rabbit, directed by Lisa Akroush, and the Teen's Theater's production of What if There Was This Kid?, written and directed by Daniel DeWalt. Since then, over 50 productions and counting have come out of Covered Bridge Theaters. Graffiti on the Fourth Wall and Kidz on the Bridge, both founded by DeWalt, also have served the community in teaching children and adults improv.

Covered Bridge Theaters overall was "created... as an outlet for areas people to discover and hone in on their talents" [3].

﻿The Open Mic Night's offer an opportunity to inform the audience of Covered Bridge Theater's current productions. This includes performances from Graffiti on the Fourth Wall, Kidz on the Bridge, and preview scenes from the upcoming Children's and Teen's Theater's productions. Often coined as "Southland's Got Talent," the second half of the Open Mic Night typically involves a talent contest, allowing for Tinley Park to show off the community's talent [4]. Additionally, the Open Mic Night also allows for members of the community (who are not necessarily a part of Covered Bridge) to perform, and the performances range from singing to performing magic tricks.

The TPPAC allows for the community to come together and display their talents. Giving children and teens a place for them to develop their own skills and learn about theater, providing adults a community theater, and taking the presence of an actual stage in Tinley Park for locals to perform, the TPPAC has redefined and brought attention to Tinley Park's talent and love for the arts.