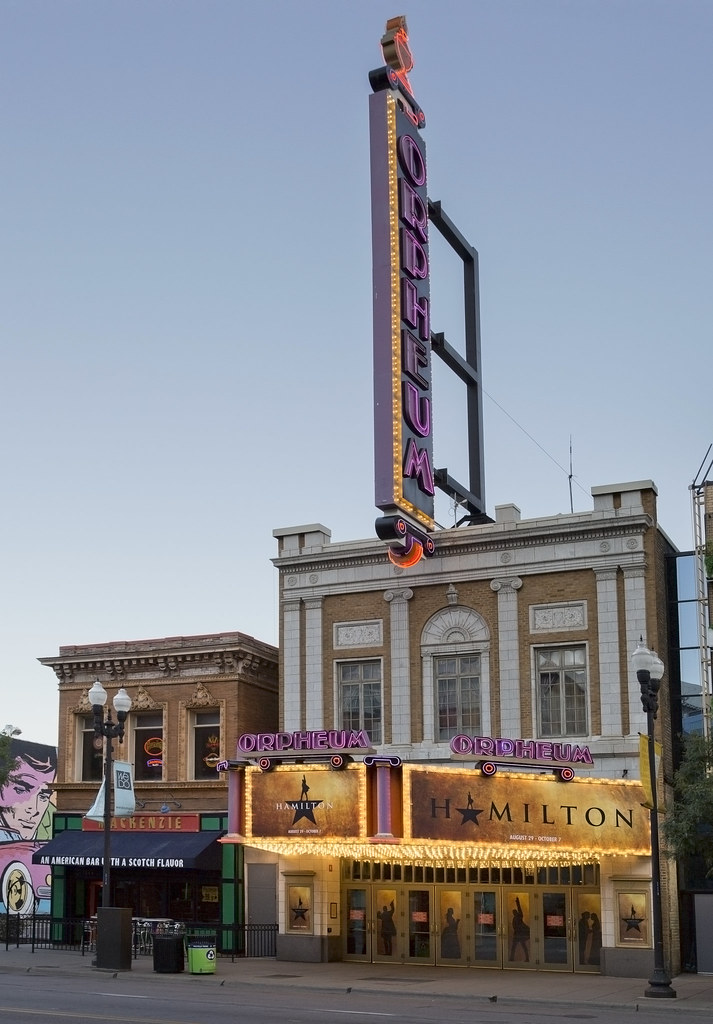 The Hennepin Theatre's stage and chandelier

The view from the stage 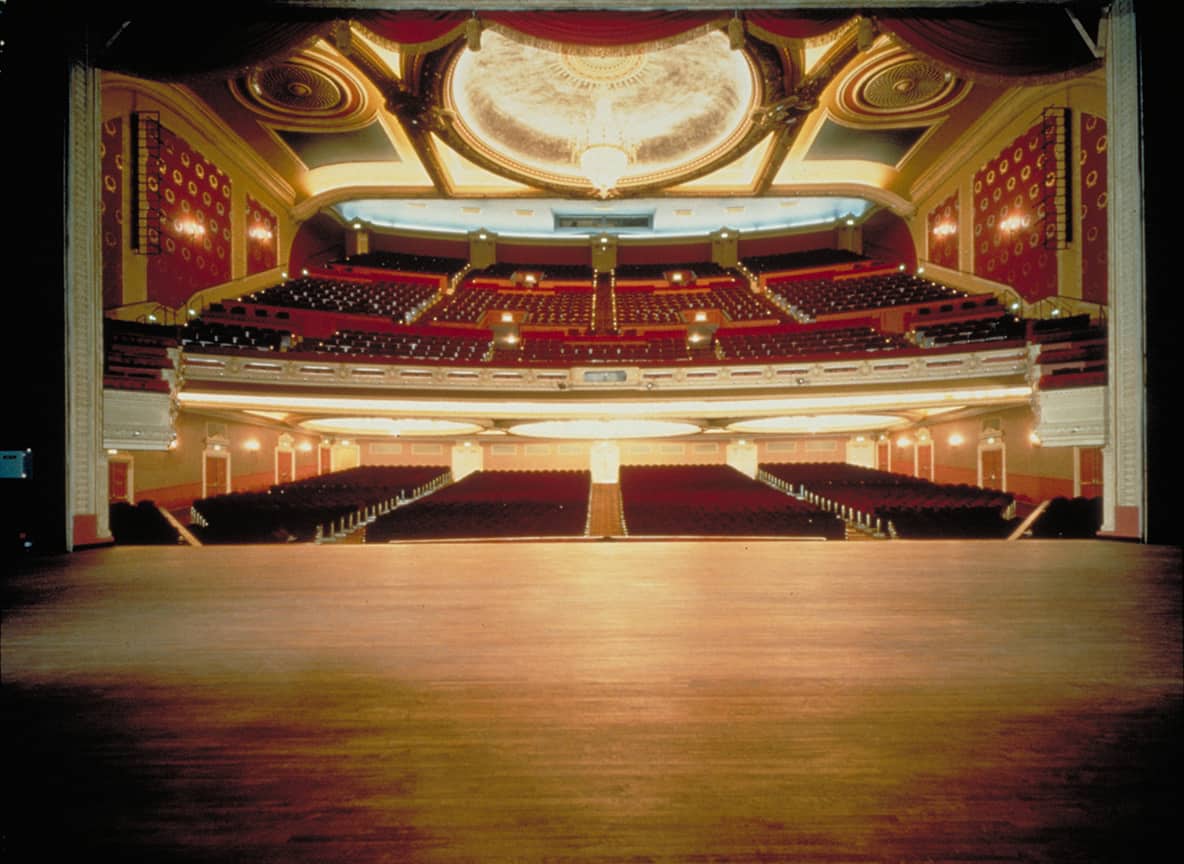 The Orpheum's lobby as it looks today 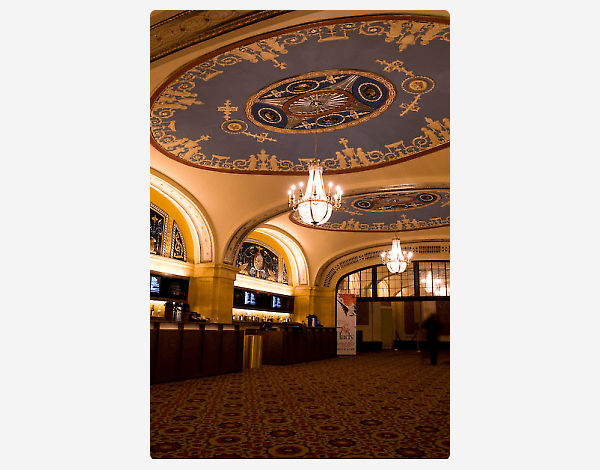 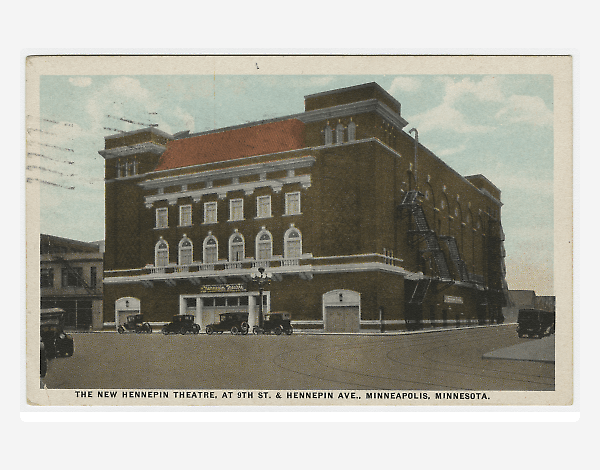 An early photo of the theatre's auditorium 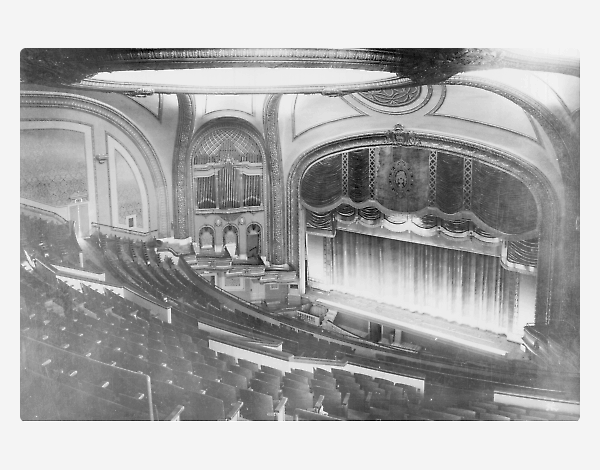 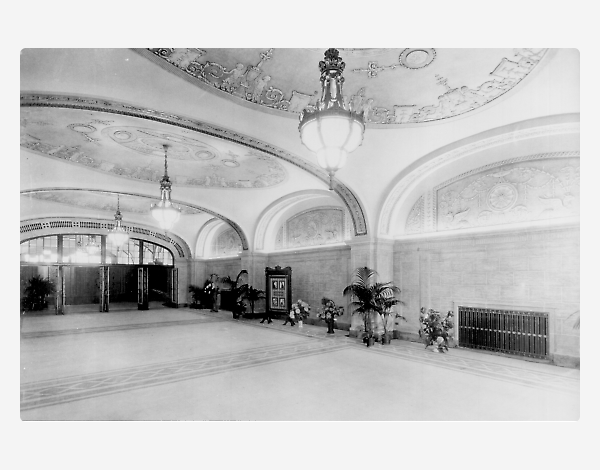 The marquee when it was the Hennepin Theatre in the 1930s 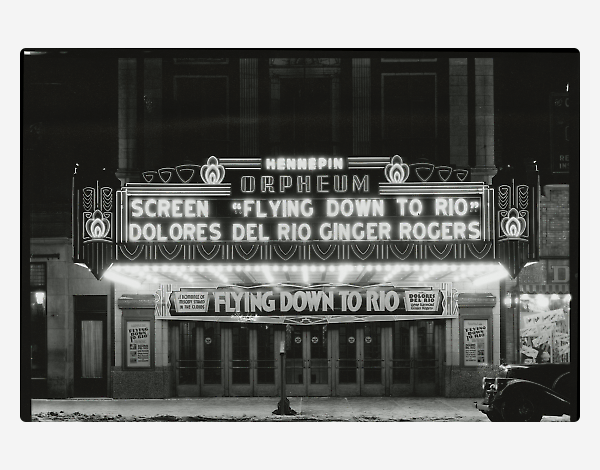 The theater when it was known as the RKO Orpheum 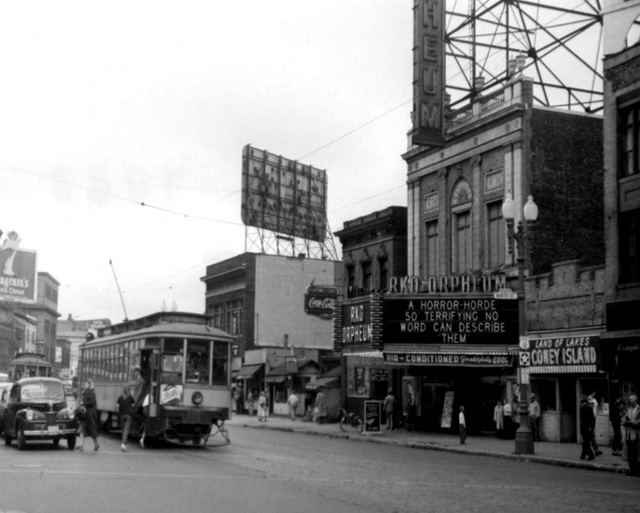 The Hennepin Theatre marquee as it looked around 1943 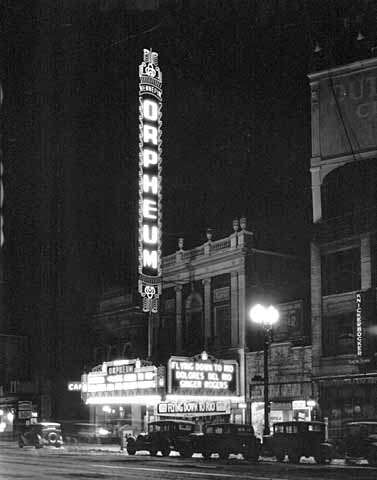 The Orpheum marquee in 1970 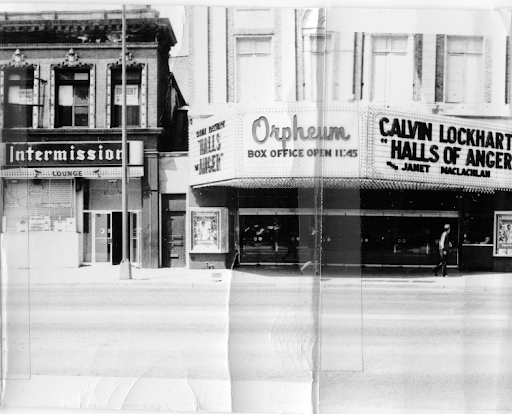 In the 1880s, Minneapolis’s theater and entertainment district began to shift westward along Hennepin Avenue, away from the earlier halls built on Washington Avenue. At the beginning of the 20th century, a number of vaudeville theaters were built in this new district, as the popular new form of entertainment swept across the nation. Among these was the Seventh Street Orpheum, constructed in 1904 by the Orpheum vaudeville circuit, which booked shows in hundreds of theaters from Chicago to the West Coast. 17 years later, needing a larger home for its Minneapolis performances, the Orpheum circuit commissioned a new theater near the corner of Hennepin Avenue and 9th St., naming it the Hennepin Theatre.

The theater was designed in the Beaux Arts style by the Milwaukee-based architectural firm Kirchhoff and Rose, which had designed several other vaudeville theaters throughout the Midwest and in New York City. Constructed by the Thomas Starrett Company of Chicago, the theater actually consists of two distinct structures: a long, narrow lobby stretches from Hennepin Avenue to the main building that houses the auditorium (this unique design made the facade and marquee visible on busy Hennepin Avenue). Its ornate interior was common at the time, when going to the theater was as much a part of the experience as the performance onstage. The construction cost totaled just over $1 million, and its 2,928 seats made it the largest vaudeville theater west of New York City, until it was surpassed the following year by Cleveland’s Palace Theater.

The Hennepin Theatre opened to much fanfare on October 16, 1921, with a program headlined by the Marx Brothers. 70,000 people attended shows in the theater’s opening week, with the most expensive seats selling for 47 cents. Since vaudeville was geared toward families, children's tickets only cost 9 cents, and the theater featured a playroom and daycare. It its early years, it also housed a Wurlitzer organ and, since live animals were often a part of vaudeville performances, the backstage area had a large steel cage. Part of the esteemed Orpheum circuit, the theater drew many of the top, nationally touring vaudeville stars. Throughout the 1920s, Jack Benny, George Burns, and Gracie Allen all graced the Hennepin Theatre stage, among many others.

As vaudeville declined in popularity and movies became the nation’s new preferred entertainment, the theater transitioned accordingly. Films increasingly replaced vaudeville acts in the late 1920s and 1930s, and the theater installed a sound system in 1933 so it could screen the new “talkies” coming out of Hollywood. Around this time, the theater also changed its name to the Hennepin Orpheum and then the RKO Orpheum, reflecting the recent merger that created RKO (Radio-Keith-Orpheum). Eventually, it became known simply as the Orpheum Theatre. As the Orpheum became more of a movie palace, it promoted its film premieres with extravagant events that included marching bands, dances, and appearances by the movie stars themselves. When the theater screened Gone with the Wind in 1940, it sold out every show for three straight weeks. The Orpheum kept up with changing trends in the industry, installing a 25’ x 55’ screen and stereophonic sound system in 1953 to accommodate the new CinemaScope films.

While vaudeville was phased out in the early 1930s, the Orpheum continued to host live performances of all kinds. During the age of big band swing music, such icons of the genre as Count Basie, Tommy Dorsey, and Benny Goodman all performed at the theater. In 1959, the businessman Ted Mann purchased the Orpheum and started bringing in touring Broadway productions like My Fair Lady and Fiddler on the Roof. In the 1970s, however, business declined at the theater, and it was up for sale at a low price near the end of the decade. Bob Dylan, a Minnesota native who briefly lived in Minneapolis while attending the University of Minnesota, bought the theater with his brother David Zimmerman in 1979. While Dylan owned the theater, it hosted more touring musicians, but was in a state of disrepair by the time he sold it to the City of Minneapolis in 1988.

The city renovated the theater twice over the next five years, making substantial updates and additions in 1993 so it could accommodate large Broadway musicals. The first of these, Miss Saigon, ran at the theater in 1994, breaking local records for ticket sales; three years later, Disney’s wildly successful musical adaptation of The Lion King premiered at the Orpheum. In 2005, Minneapolis transferred ownership of the theater to the Hennepin Theatre Trust, a nonprofit organization which also owns and operates the historic State and Pantages theaters. Today, the Orpheum continues to host performances and events, primarily touring musicians and musical productions.