The Radford Army Ammunition Plant is a government-owned facility operated by a contractor and located in Montgomery and Pulaski counties in southwest Virginia. The facility's primary purpose is to manufacture rockets and gun propellants and is currently the only active military propellent manufacturing center in the United States. The facility was created in the 1940s to support military ammunition requirements of the army during World War II. 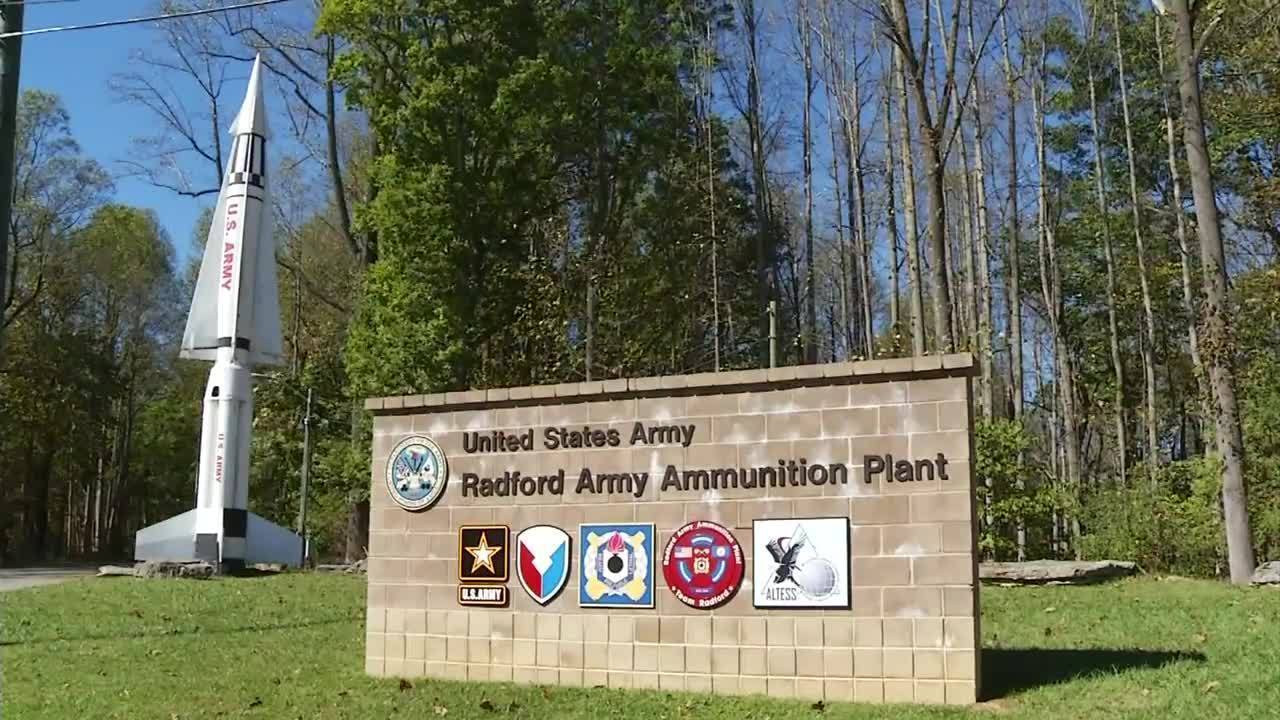 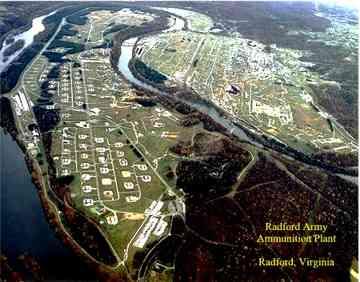 Construction of Radford Army Ammunition Plant began on September 7th, 1940 by Hercules Powder Company. The facility was one of the first single-base smokeless powder plants authorized under the National Defense program, and this facility serves as a model for many similar plants in the years that followed. In 1941, workers here produced a wide variety of propellants to supply armies in Europe and the Pacific during World War II. At the end of World War II, the main plant and the New River Unit was temporarily shut down.

The Nitric Acid portion of the plant was reactivated between 1946 and 1949 for use of the production of ammonium nitrate. Propellant production resumed again in 1949. The next year, the outbreak of the Korean War led to larger production capacities which led to the enlargement of the complex between 1950 and 1958. This new construction included a new facility that allowed the complex to produce cast propellant charges for rockets and missiles. As the nation became increasingly involved in military conflicts in Vietnam, this facility again increased its production of propellants. The United States' withdrawal from southeast Asia saw declining demand for propellants. In 1995, Alliant Techsystems took over as the operating contractor and continued to make modernization efforts in key areas of the plant. On July, 1st, 2012, BAE Systems became the operating contractor.

Today, Radford Army Ammunition Plant is one of six government-owned ammunition plants that are operated by contractors to provide propellants and munitions. Due to the age of the facility, it has been modernized many times. Recent additions to the facility include a new power plant and a state-of-the-art water treatment facility.