This is marker #2 in a series of obelisks erected in 1910 by the Jefferson County Camp, United Confederate Veterans to mark locations of engagements and other significant Civil War events in Jefferson County. This obelisk commemorates the death of Colonel James H. Drake of the 1st Virginia Cavalry in an engagement on July 16, 1863 during a series of skirmishes related to Lee's retreat after the Battle of Gettysburg. 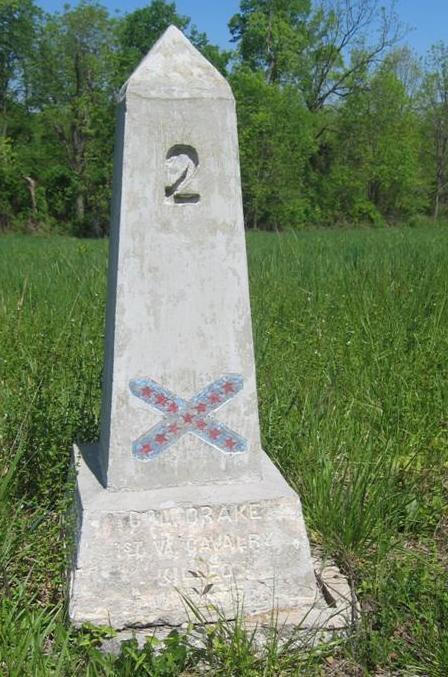 Inscription on bottom of obelisk 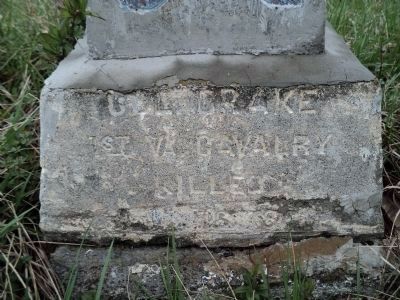 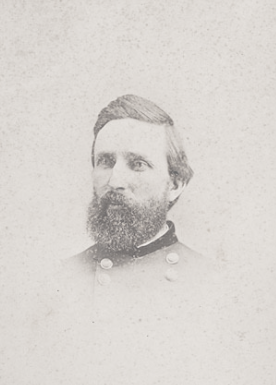 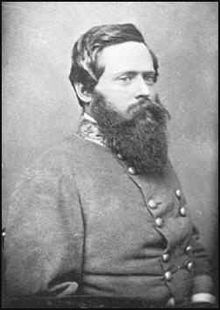 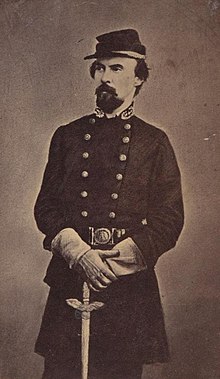 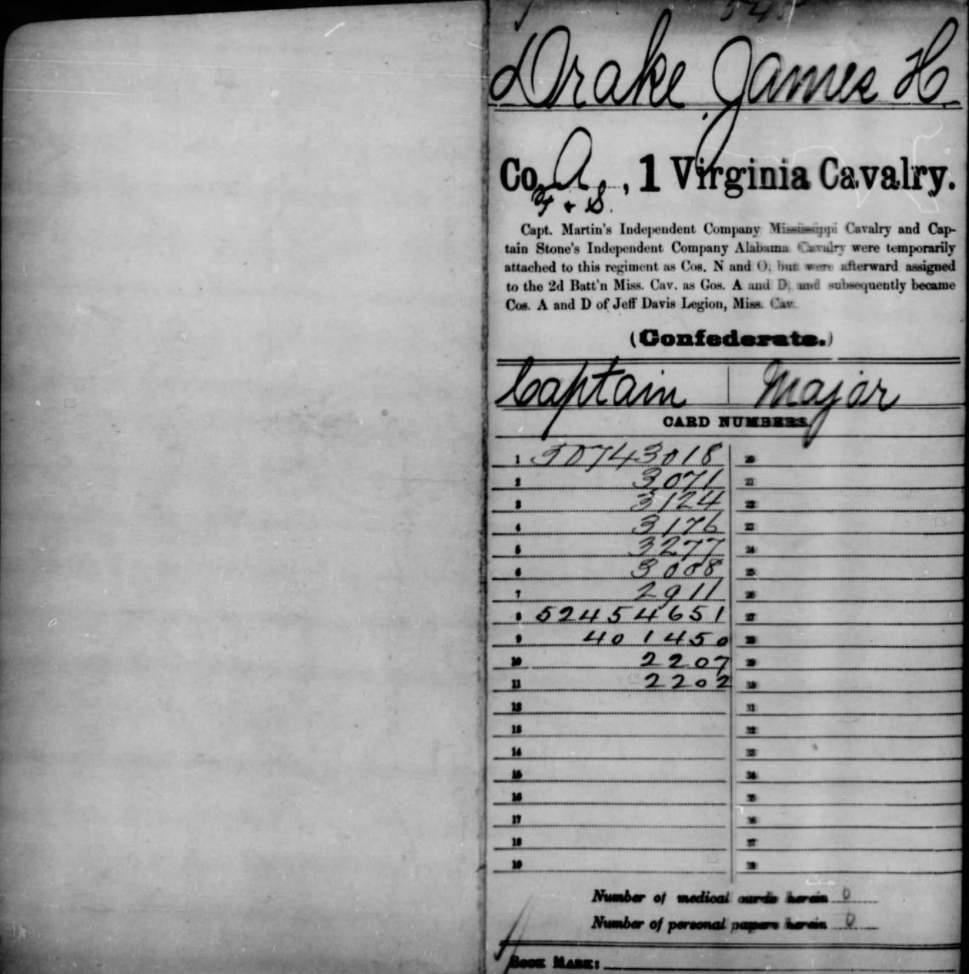 Route of Lee's Retreat from Gettysburg (Map by Hal Jespersen) 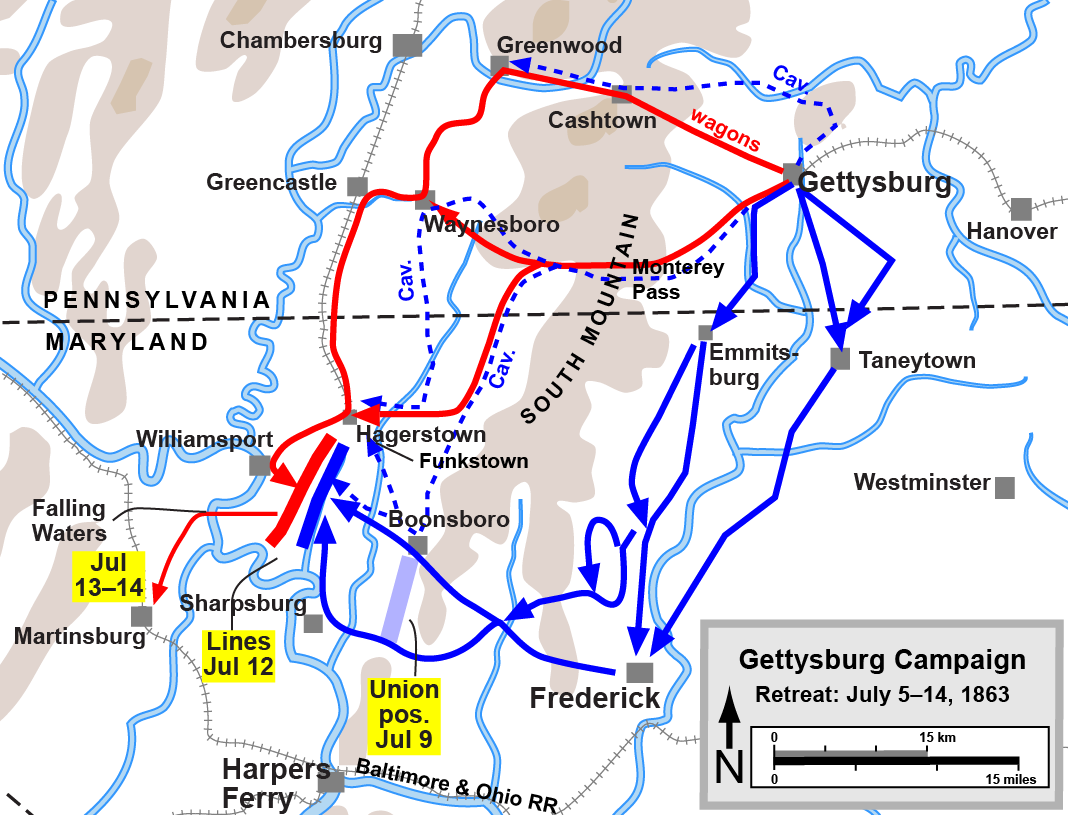 This obelisk commemorates the location of Colonel James H. Drake’s death during an engagement on July 16, 1863. Drake served with the 1st Virginia Cavalry from muster in 1861 to his death in 1863. At the formation of the unit, Drake served as captain of Company A and was Acting Colonel for the regiment until the unit was placed under the command of J.E.B. Stuart in July 1861. Drake was elected lieutenant colonel in April 1862 and promoted to colonel in July of that year. He was in command of the regiment at the Battle of Gettysburg and the 1st Virginia Cavalry fought in the brigade of Brigadier General Fitzhugh Lee. The engagement in which Drake was mortally wounded was one of several skirmishes that occurred during Lee’s retreat back to Virginia in the wake of Gettysburg.