Part of the larger Goddard Space Flight Center, the Spacecraft Magnetic Test Facility (SMTF) was completed in 1966 and designed to negate the earth’s magnetic field within a six-foot diameter spherical volume. The facility was created to evaluate magnetic movement in manned and unmanned spacecraft and for the exact calibration of magnetometers used in space flight. It can also replicate the magnetic conditions found in orbital and interstellar space. The 60-foot square building is constructed of nonmagnetic materials and has a 42-foot diameter coil system. Its use decreased in the 1990s and the SMTF went through a long-term restoration program in 2004. The 1966 SMTF was designated a National Historic Landmark in 1985, one of the more recently built structures to receive NHL status.

The nondescript exterior of the Spacecraft Magnetic Test Facility. 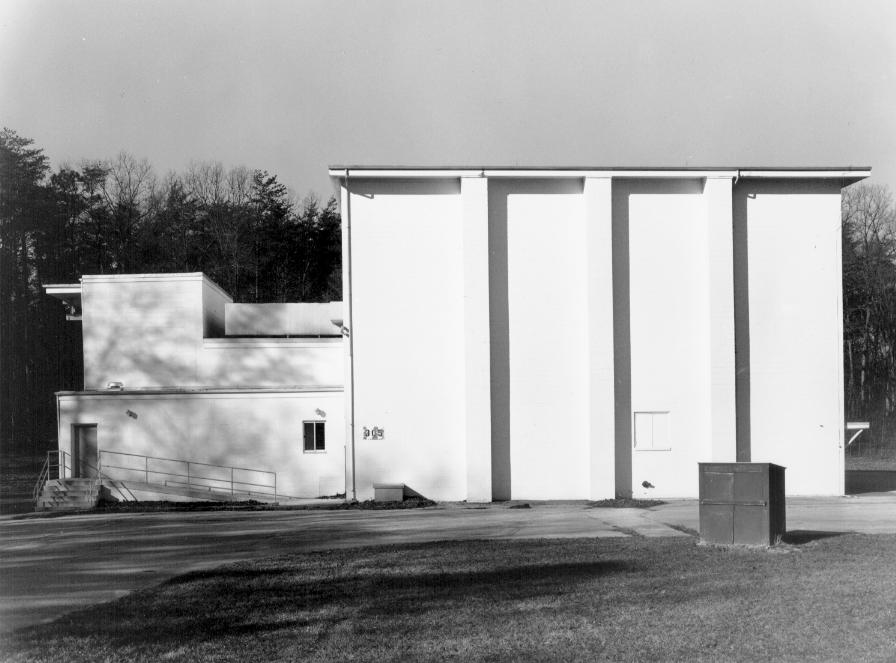 The 42-foot diameter Braunbek coil system which can negate the earth's magnetic field. 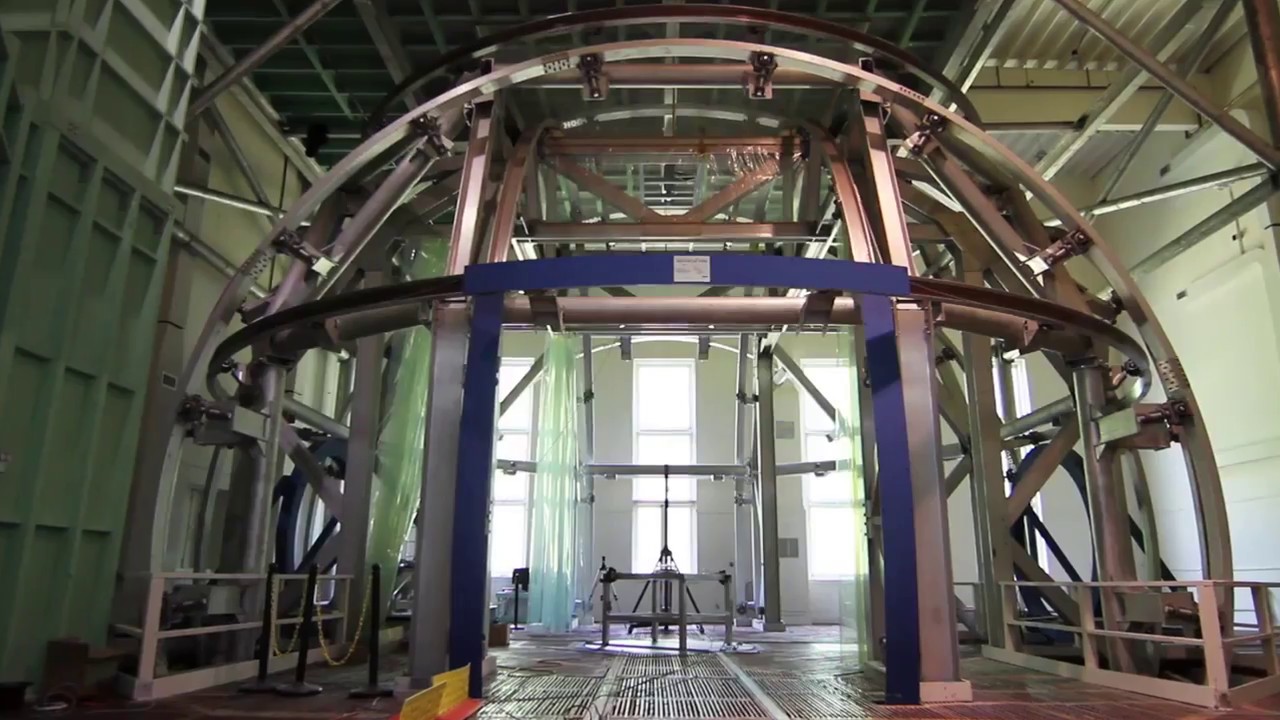 The coil system prior to being installed within the facility. 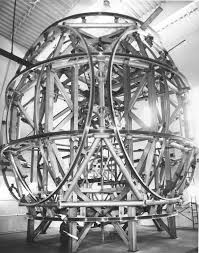 A diagram of the facility and coil system. 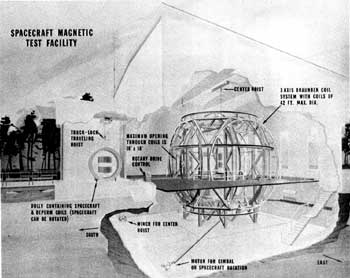 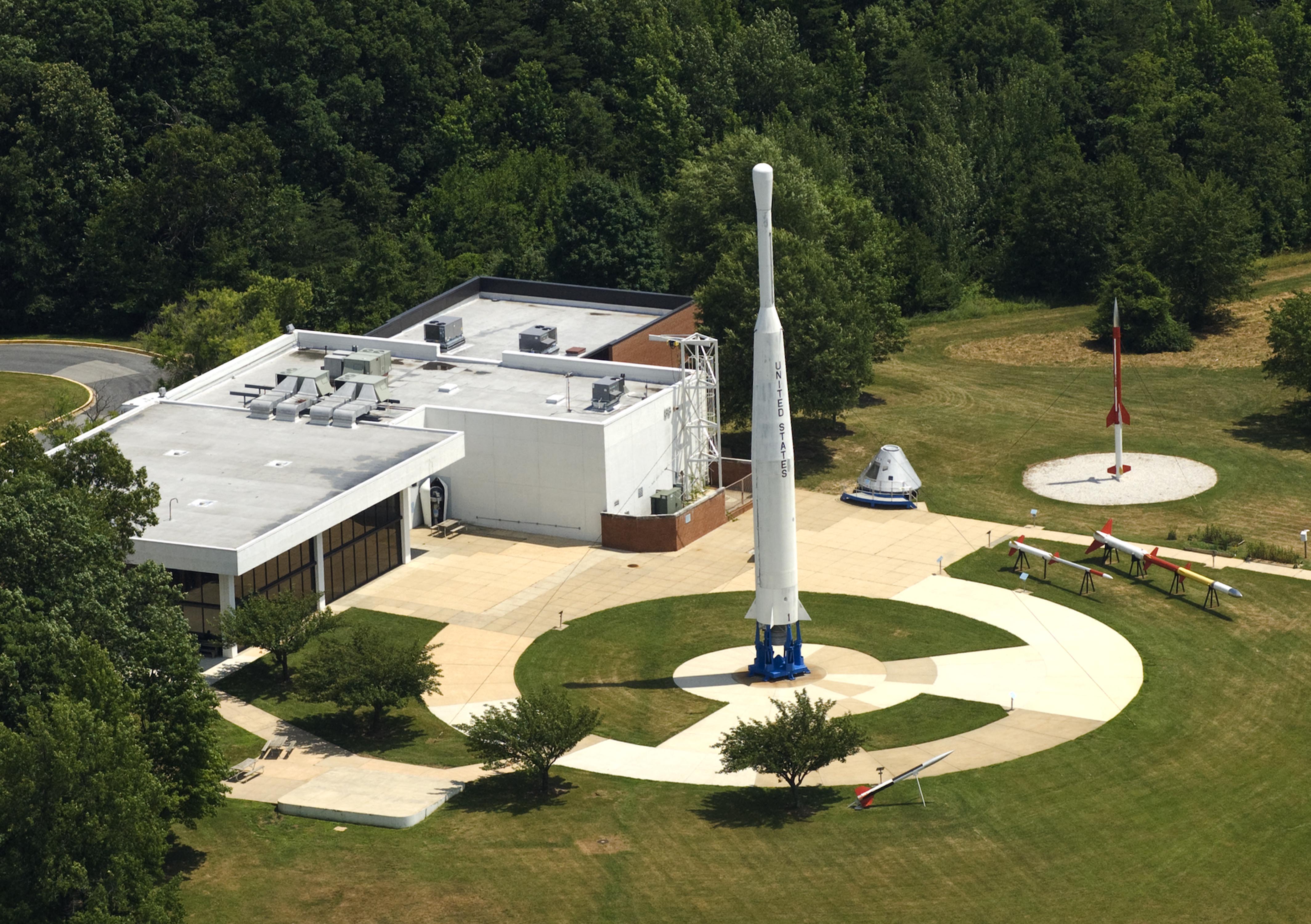 The Goddard Space Flight Center opened in 1959, the year after the foundation of NASA making it NASA’s oldest space center. Named after Dr. Robert H. Goddard, a pioneer in the field of rocketry, the space center contributed to America’s first manned space program, the Mercury Project, which achieved its goal in 1962 when John Glenn orbited the earth three times. As America’s space program progressed and President Kennedy encouraged a manned lunar mission be completed by the end of the decade, Goddard gradually expanded its facilities. Its Maryland campus now encompasses over 1,200 acres and 34 buildings, to include a visitor’s center and it has additional facilities in Virginia, New York, West Virginia and New Mexico. In total, Goddard facilities currently employ over 10,000 people. The visitor’s center hosts facility group tours by appointment and provides various space related exhibits and special events.

In the early 1960s, the engineers and physicists at Goddard realized they needed a facility where they could alter or eliminate the earth’s magnetic field to perform on-the-ground tests on spacecraft prior to sending them aloft. They sought to apply magnetic sensing to space flight missions and simulate geomagnetic and interplanetary magnetic field environments. NASA then contracted with Aircraft Armaments Inc. to construct what was initially known as the Attitude Control Test Facility in 1966. Located two miles east of Goddard, the technical facility features a complicated, spherical three-axis Braunbek coil system, nonmagnetic track and dollies to transport test items to and from the coil system, and an eight-foot diameter turntable which positions test items within the coil. When completed, it was the only facility within NASA that could alter the Earth’s magnetic field and is still one of the few such facilities on the globe. It became an essential component to America’s manned and unmanned space program.

In the mid-1970s, the SMTF’s magnetometer systems were replaced which created noise issues due to the use of long, insufficient coaxial cables. Then, in 1984, the SMTF’s original current amplifiers were replaced with ones that did not fully meet requirements. As a result, the old amplifiers were left in place as backups and high current switches were installed to alternate between the two. This required extensive rewiring which compromised the facility’s central electrical system. Due to these problems, the use of larger spacecraft, better computer simulations, and precision instruments and techniques that do not require the SMTF, its use decreased in the 1990s.  The facility never performed more than ten tests in any given year, but it averaged only three per year during the 1990s and performed none in 1997, 2000, 2003 and 2004. This decreased use also led to maintenance issues as well.

In 2004, NASA and Goddard sponsored an engineering assessment of the SMTF followed by a restoration project as it was determined that future lunar and Martian projects would require use of the facility. The assessment determined that the overall system performance of the SMTF was much poorer than originally anticipated due to problems mentioned in the previous paragraph. A new geomagnetic sensing magnetometer and control electronics were installed among other upgrades to the facility. However, while these efforts have, “reversed the deteriorating performance of the SMTF, much remains to be done.” As a result, efforts to restore the SMTF to its original technical capabilities are ongoing.