The Black Tunnel in Quebradillas is an abandoned tunnel that was part of the railroad system that went around Puerto Rico. The rail system was used for various purposes such as transporting sugar cane and tobacco, and it was used for public and military transportation. The Black Tunnel began to gain fame with the accident that occurred in 1910 in which there were many deaths and injuries. Now, it is a tourist place and is open to the public. In the surrounding area, you can find the Guajataca river with crystal clear waters as well as different species of indigenous plants and animals.

The accident of The Black Tunnel in 1910 where dozens of people died. This was the biggest impact in the history of the railways of Puerto Rico. 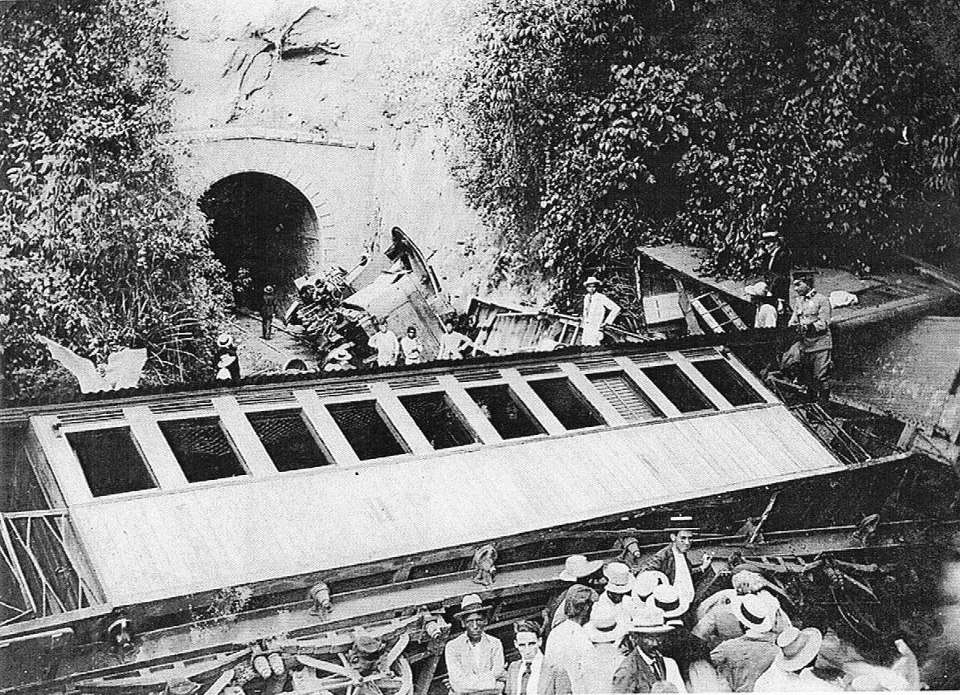 In this image we can see one of the entrances to the Black Tunnel. 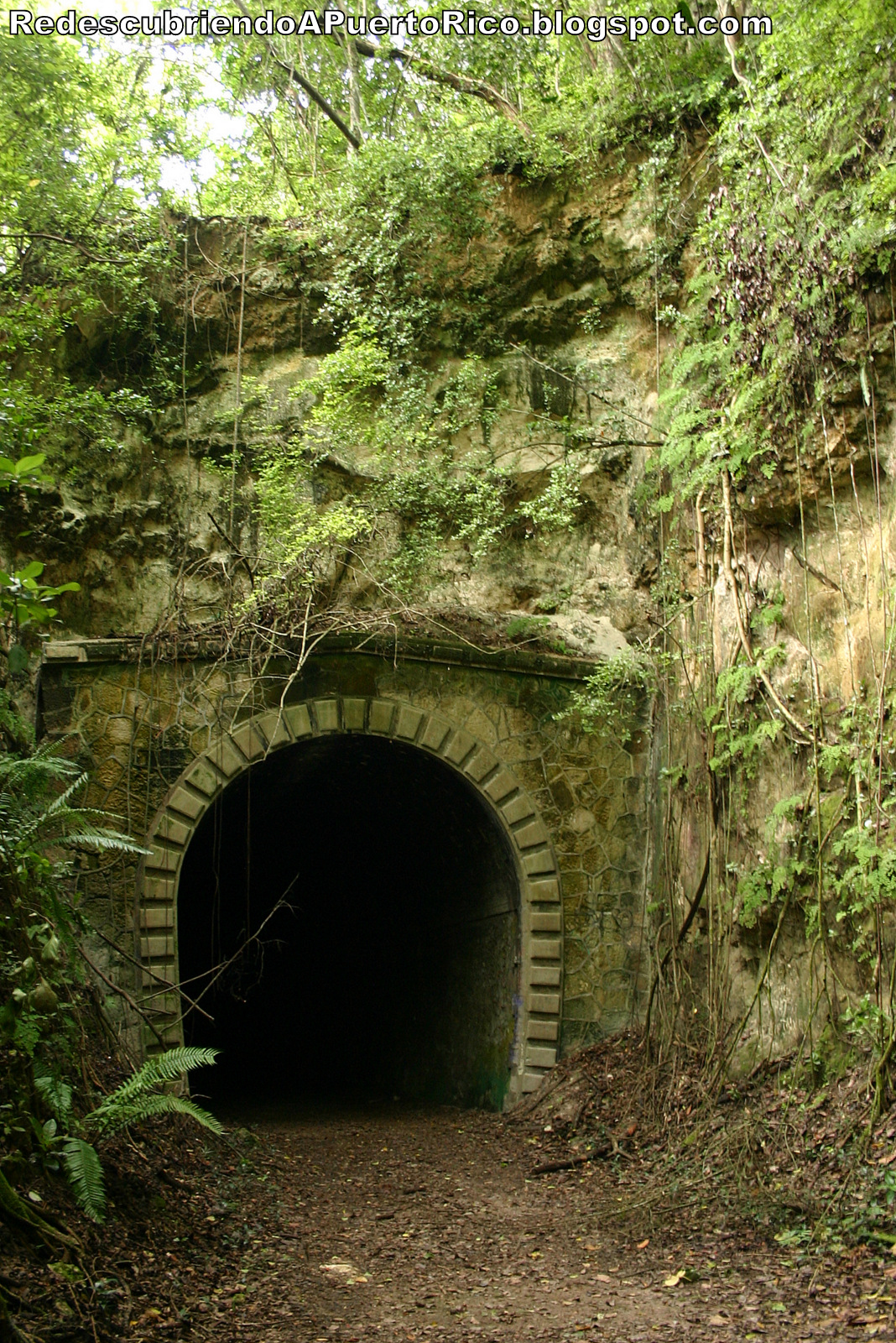 This is the curvature of the tunnel. Thanks to this curvature, the tunnel is dark and for this reason it is called The Black Tunnel. 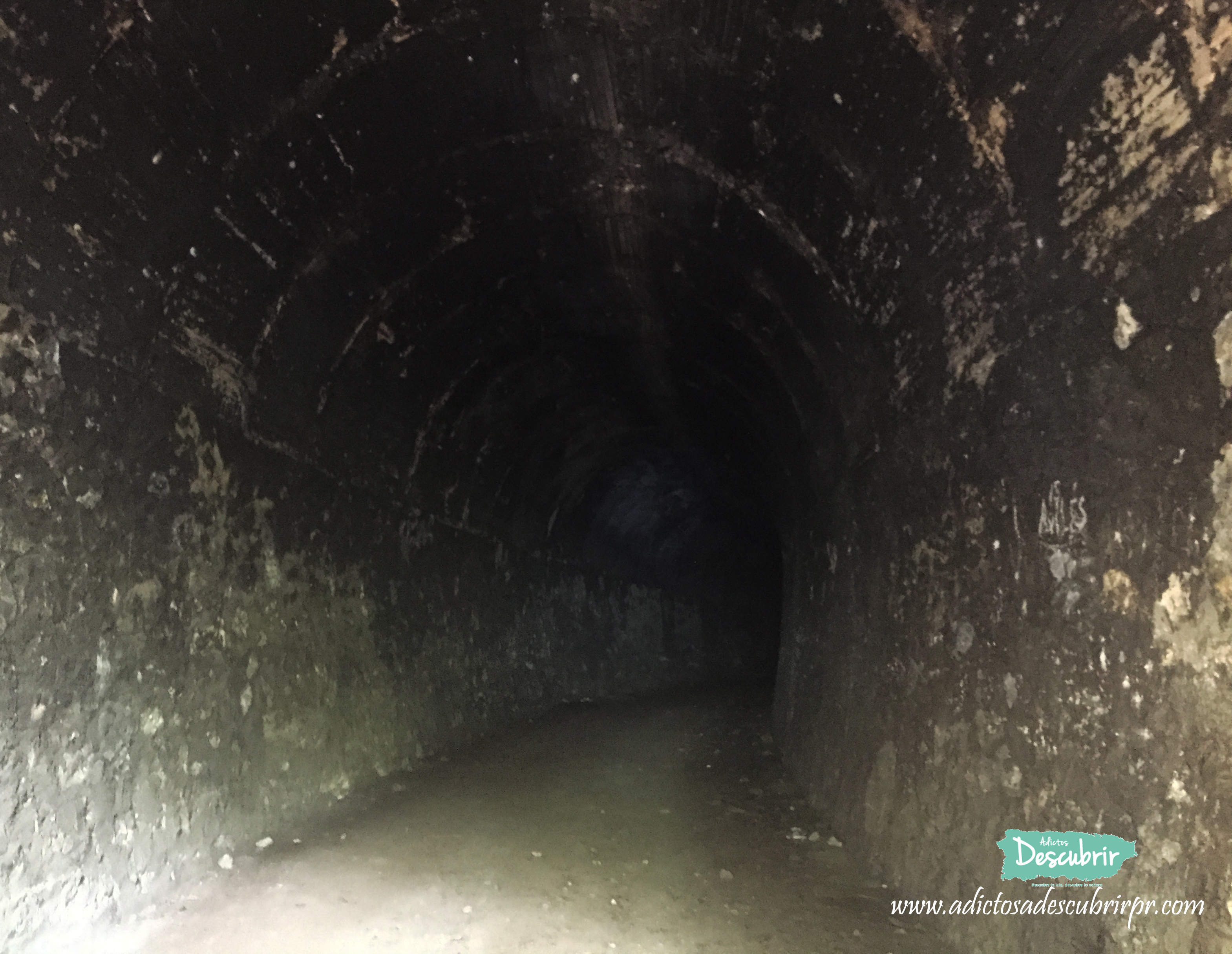 The Black Tunnel in Quebradillas is an old tunnel that used to serve a railroad which covered almost the whole Island. The railroad was used for various purposes such as transporting sugar cane and tobacco. It was also used for public and military transport and had a series of discounts for certain passengers, such as old people and students. However, the railway and this tunnel in particular gained notoriety with an accident that occurred in 1910 and which caused many deaths and injuries. The story of railroads in Puerto Rico started in 1865 when Spain began to contemplate the use of trains and railways to ease public services in the island territory. In 1874, the railroad plan was launched, and by 1904 Puerto Rico had railroads connecting all its major coastal towns. Construction of the Black Tunnel was ongoing between the years of 1903 and 1908, but it was in use for only a few years before a fatal accident took it out of commission. Although the Black Tunnel is no longer in use and the railtracks have long been removed, it is now open to the public and receives many tourists yearly.

The plan for the construction of the railroads was a long process that lasted almost a half century and ended with the first cars. In 1865 Spain contemplated the usage of trains and railways to ease public services. Later, in 1874, the Spanish administration funded a plan to lay rail that connected the coastal towns of the island. Spanish administration of the territory of Puerto Rico passed to the United States in July of 1898, so the new administration took charge, and the American Railroad Company completed the project. By 1904, Puerto Rico had railroads in almost every coastal town. Over time, Puerto Ricans started to use cars, buses and other means of transport that made the train lose much of its former purpose. The only industry that remained using trains until October 1953 was the Sugar Industry. By the early 20th century, the railway was already considered an antique:

In 1929 the first locomotive to be used on the island was sent to Henry Ford to be placed in his transportation museum. But the mass production of automobiles that Ford introduced was largely responsible for the decline of the railroad. Trucks began to carry more and more cargo and the 'public car' increased in usage. These cars picked up passengers - sometimes in front of the door of the house - and took them to their destination. (translated from El antiguo tren de Puerto Rico).

However, in the late 19th century and early 20th century, railroads were an essential system. The railroads were important because they provided the only accessible means of mass transportation on the island since there were no highways. The old roads of the island crossed rivers, mountains, ravines and they were very dangerous to drive on. One encyclopedia entry explains:

"In the middle of the 19th century, Puerto Rico needed to establish efficient internal transportation routes on the island. The problem was that the roads that existed were few and many were in poor condition, becoming impassable on rainy days." (Surillo, 2014)

Therefore, the railroad was essential, since it served as cargo transportation for materials such as sugar cane, coffee, tobacco, cloth and military equipment. The tain moved the economy of the Island. Without the railroads, producers could not move raw materials or manufactured products for export and sale.

The role of the railway for public transportation was also extremely important. The method of using the train was with the purchase of a ticket. The tickets for the train had a very useful discount for old people and children. Children and old people had stamped coins that identified them as a student or a person over the age of 60. These coins or tokens allowed them an additional discount on the ticket payment, much like the current senior discount here in Puerto Rico and United States. For example, if their ticket was worth one dollar, the discount entitled them to 25% or 50% off that price. No less important, the train was also used by tourists who were given an infromative booklet that told them where the train would go. Tourists did not have a discount for travel on the train.

In November of the year 1910, an accident occurred on the south side of the Black Tunnel, where many people died. The accident occurred on a trip from San Juan to Aguadilla, and the train never reached its destination. This incident occurred because of the narrow curvature of the tunnel. To navigate this bend, the train could not slow down sufficiently and it wrecked. In this massive accident, 16 people died and 50 were injured. The high number of casualties due to the railroad accident were devastating to the public at that time, and after this accident, the Black Tunnel was considered unsafe and the American Railroad Company stopped using it. In the present day, the Black Tunnel is a tourist attraction. Visitors can walk approximately 15 or 20 minutes to arrive at the Black Tunnel from an entrance in Quebradillas.

In conclusion, the railroads in Puerto Rico were used for various purposes, but the most prominent use was the sugar industry that remained using the railroad services as late as October of 1953. When trains with internal combustion engines were first introduced to Puerto Rico in the second half of the nineteenth century, it relieved the burden on mules and horses that would no longer be forced to push the trolleys that had been previoulsy been driven on crude tracks. The completion of the train system was negotiated between administration from Spain and the United States. Even though the train connected the main towns of the island, it was rendered inefficient due to cars and trucks that still serve as mass transportation across the island; railway travel was also prone to accidents like the event that happened at the Black Tunnel. Eventually, the island's trains ceased operations completely. The Black Tunnel is now known as a historical monument where visitors may remember the tragic accident in the town of Quebradillas that marked Puerto Rican history and changed the trajectory of its transportation system.