Patriots Park, located in Tarrytown, New York, is a recreational site with walkways, picnic areas, and a playground. This location has a historical monument called the Captors Monument which commemorates the capture of the British spy Major John Andre on this spot in 1780 by three militiamen, John Paulding, Isaac Van Wart and David Williams. 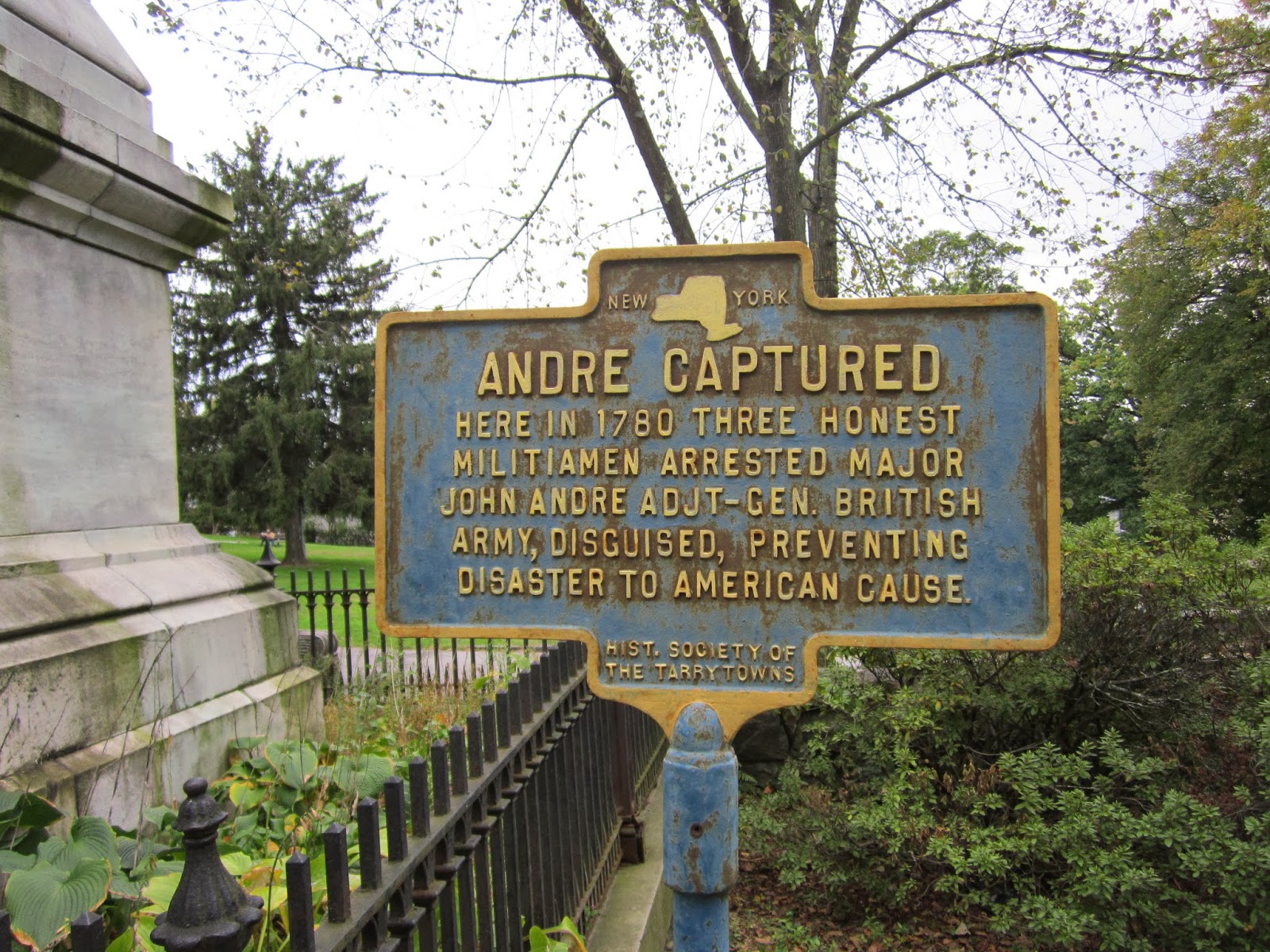 Images of the monument commemorating the capture of Major John Andre. 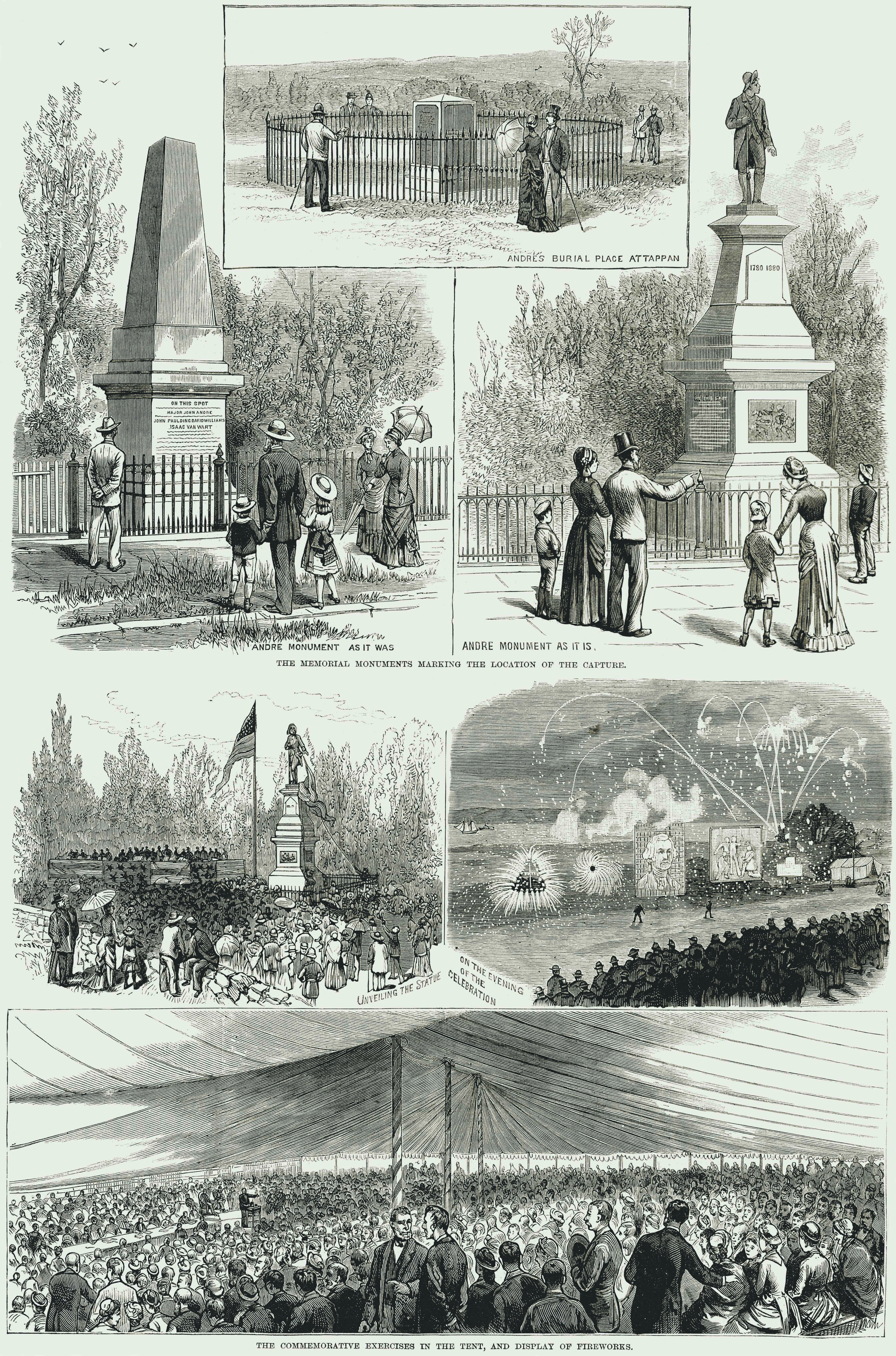 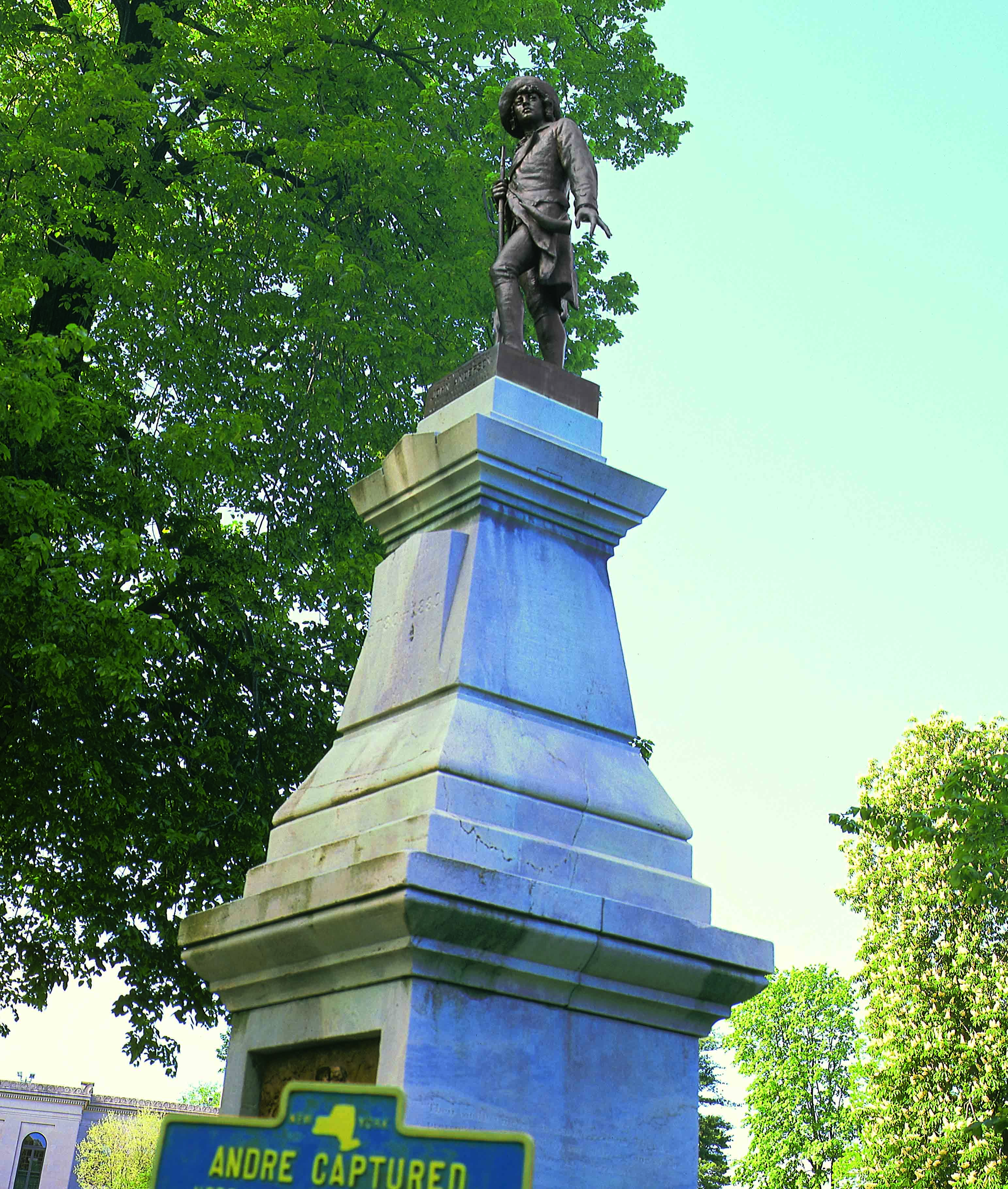 Patriots' Park is a historic site located on the border between Tarrytown and Sleep Hollow in New York, that contains a monument commemorating the capture of a British spy named Major John Andre by three patriot militiamen. The monuments is topped by a figure of one of the militiamen, John Paulding, sculptured by William Rudolph O'Donovan . Paulding became famous when he along with two other soldiers, Issac Van Wart and David Williams who caught a British horsemen on the Albany Post Road. (1)

The horsemen was Major John Andre, who was wearing civilian clothing. When Paulding, along with his two other fellow militiamen identified and searched Andre they found papers in his boots. General Benedict Arnold had secret correspondence with Major John Andre. Benedict Arnold, a patriot who was spying for the British, gave Andre papers concerning West Point which would help the British in the Revolutionary war. The three militiamen found these papers in Andre's boots when they captured him. (2)John Andre offered the three militiamen bribes in return for his release but they refused. Andre was convicted and hanged as a spy. (3)

As a reward for the capture the three militiamen were granted medals, farms, and pensions. Along with the awards John Paulding was given a monument in his honor. (1)

The cornerstone for the first monument of the three militiamen capturing Major John Andre was first established on Independence Day in 1853. In 1880 the monument was replaced and rededicated and to include the sculpture of John Paulding.