Built in 1912, the Lake Avenue Railroad Bridge has ushered visitors into Cleveland's Edgewater Park for over a century. The bridge replaced twin masonry arches after a neighborhood outcry over dangerous conditions for pedestrians beneath the bridge. The construction of a new bridge represents a time in Cleveland's history of heightened cooperation between city engineers and the railroads. During the 1910s, Cleveland saw the replacement of numerous grade crossings around the city. The railroad’s original plans for the bridge were dismissed by city officials as being too plain for the entrance to a city park, and local architect Frederick Striebinger was hired to design an artistic structure more in line with the City Beautiful Movement. Striebinger was the first Cleveland architect to attend the École des Beaux Arts in Paris and the Lake Avenue Bridge exhibits many features of Beaux Arts architecture. *The information in this entry was written and compiled by Nikki Hudson, a member of the "Friends of Lake Avenue Bridge," a group of Cleveland residents who live near and advocate on behalf of the Lake Avenue Railroad bridge. 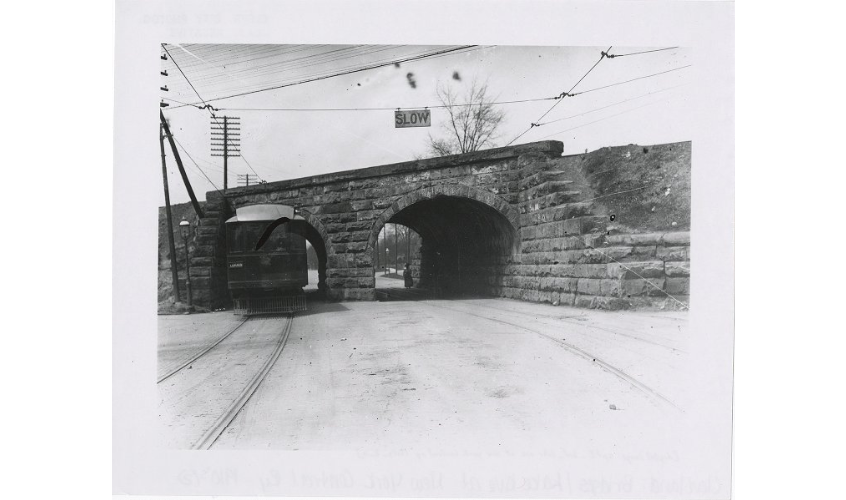 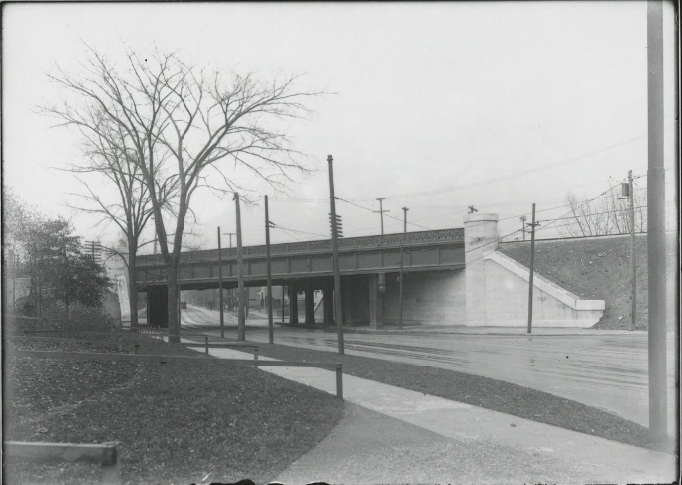 Article from the PLAIN DEALER on Dec. 23 1910 describing Striebinger's plans for a safer, more architecturally interesting railroad bridge over Lake Avenue. The bridge would also act as entrance to Edgewater Park. 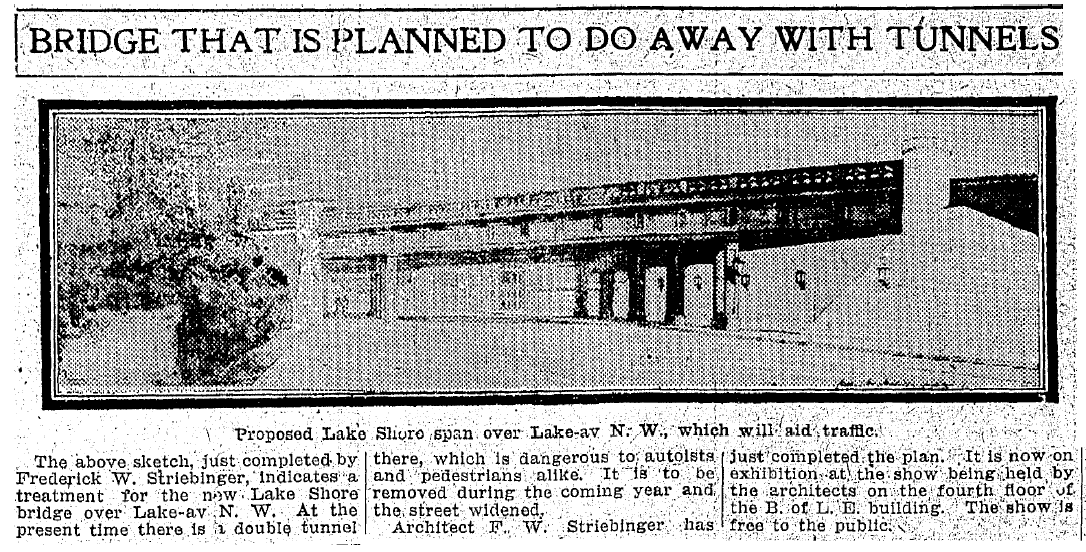 Bridge detail now and then 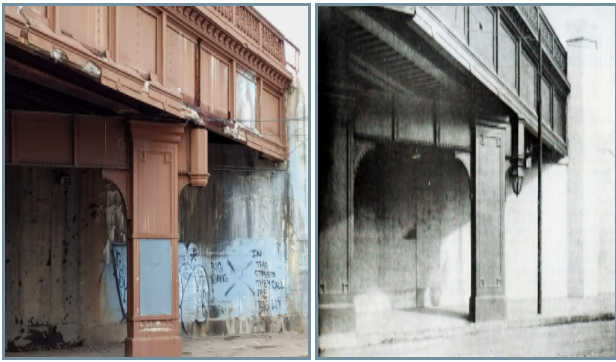 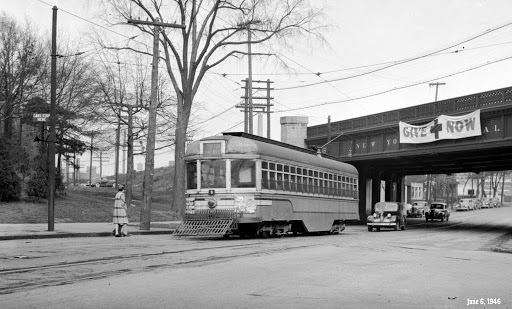 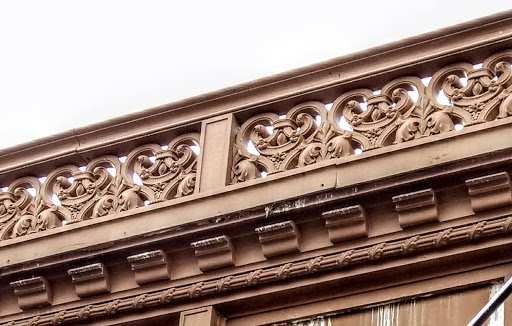 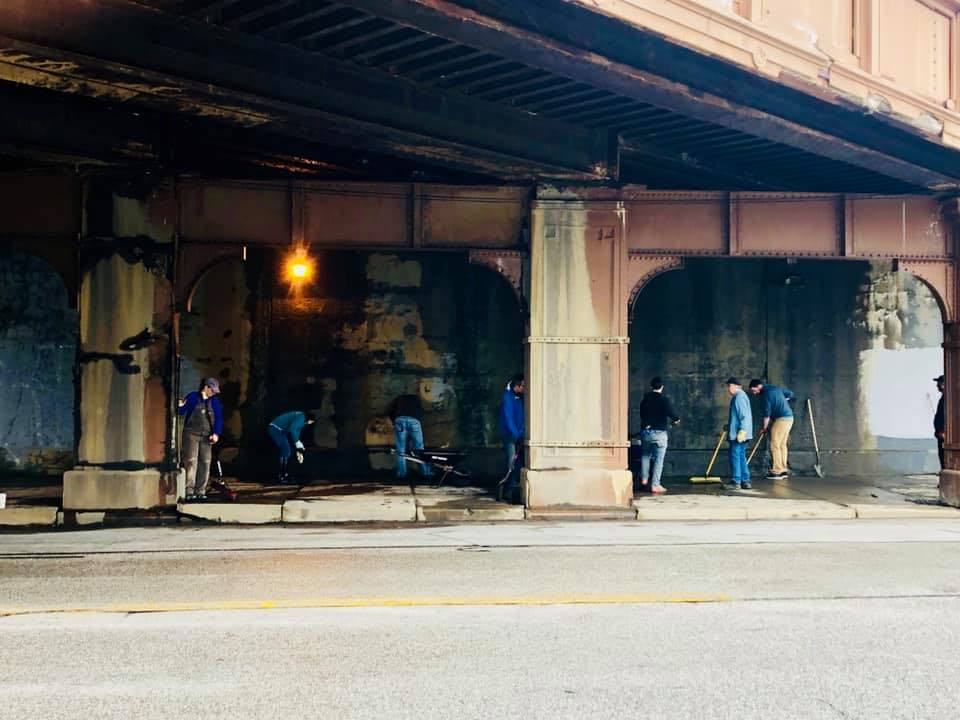 The Lake Avenue Railroad Bridge sits at the entrance to Edgewater Park. Originally, a double tunnel structure made of twin masonry skew arches was built to carry trains across Lake Avenue and allow trolley cars, early automobiles, and pedestrians to pass beneath. However, the tunnels became dangerous. According to a 1908 article in the Plain Dealer, the structure was declared “a menace to life and an obstruction to traffic” by the West Side Chamber of Industry, who insisted that Councilman F. W. Waltz pressure Lake Shore Railroad to replace the tunnels with a proper structure.[1] Citizens living near the crossing made a similar demand to Mayor Baehr in 1910.

The construction of the Lake Avenue Bridge is a testament to a time of great collaboration between Cleveland engineers and railroad companies. Cleveland had an interest in the safety of its citizens and in maintaining the flow of traffic. Railroads also valued safety and wanted to prevent delays caused by grade crossings. In 1910, city officials rejected Lake Shore Railroad’s initial plans for the new bridge crossing Lake Avenue, citing the City Beautiful Movement and saying the plans were too plain for the entrance to a city park. The City of Cleveland and railroad companies agreed that places of special beauty would not be marred by an unsightly bridge and, likewise, an industrial area would not warrant the expense of unnecessary ornamentation. It was then that local architect Frederick Striebinger was hired to design an artistic structure, something that would align with the elevated architecture in Cleveland’s parks and boulevard neighborhoods.

Frederick William Striebinger (1870-1941) was born in Cleveland and attended Cleveland Public Schools until 1888 when he went to New York to study with impressionist painter William Merrit Chase. Striebinger was the first Cleveland architect to attend the École des Beaux Arts in Paris (1891-96) and was an active leader in Cleveland’s architectural circles. Several of his other buildings are Cleveland Landmarks or designated on the National Register of Historic Places.

Striebinger was known for his work in the eclectic Beaux-Arts style, which combines a broad range of classical architectural references with modern, utilitarian materials. He drew on his training in Europe and his memories of railway bridges in Paris, when designing the Lake Avenue bridge. He wrote in 1912,

"The elimination of our grade crossing should be studied, combining practicability of arrangement with artistic beauty, or in other words, the practical made beautiful."[2]

Striebinger's Lake Avenue Bridge exhibits this key balance between the practical and beautiful. The construction of the bridge is simple, sturdy, and modern-- a through plate, girder deck bridge almost entirely encased in cast iron with concrete abutments and wing walls. But the exterior iron work displays a fanciful and ornate mixture of Greek, French neoclassic, Gothic, and Renaissance architectural elements.

Today, the Lake Avenue Railroad Bridge is still an eye-catching structure in the west-side neighborhood bordering Edgewater Park. In the spring of 2018, a group of residents who live near the bridge came together to form "The Friends of Lake Avenue Bridge." Like the Cleveland residents from over 100 years ago, this group began advocating for Norfolk Southern Railway to make necessary repairs to the bridge. Several clean-ups have been held at the bridge, and the City of Cleveland has made improvements to the sidewalks, lighting, and landscaping along the wing walls. "The Friends" continue to advocate for better maintenance and more beautification initiatives around this historic icon in their neighborhood.