The John Poe house is an imposing and impressive specimen of Queen Anne architecture. The Queen Anne style of architecture is known for its opulence and grandeur, making it the style of choice of wealthy property owners during the very prosperous natural gas boom in Findlay. The property was deeded to John Poe for $7,250 in 1888. The house itself was designed by architects Kramer and Zoll. Kramer and Zoll were prolific architects and built many of the homes seen on South Main Street. The home is privately owned, however it has been a part of various events like the Findlay Historic Homes Tour (Paul & Bauman, 158-159). 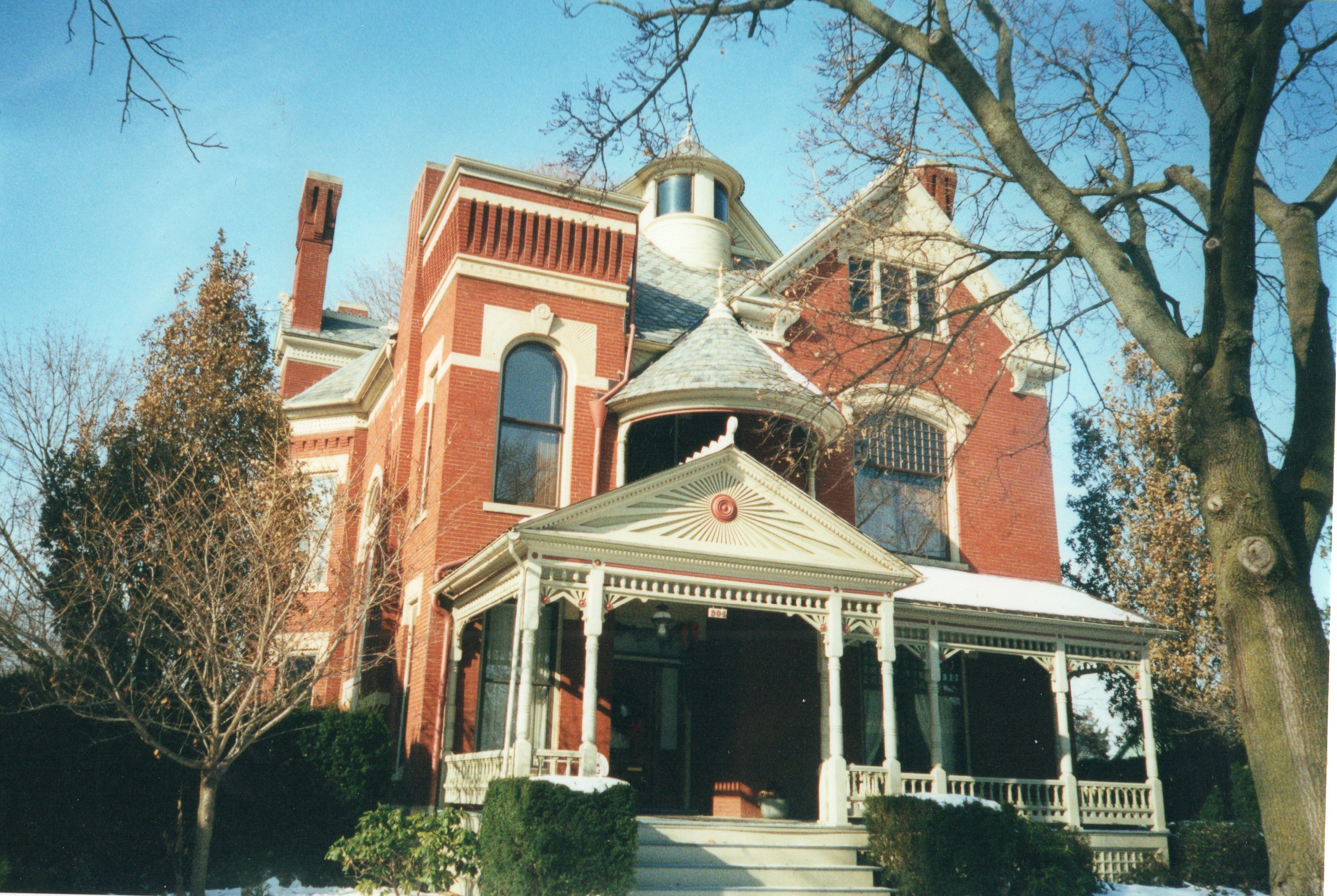 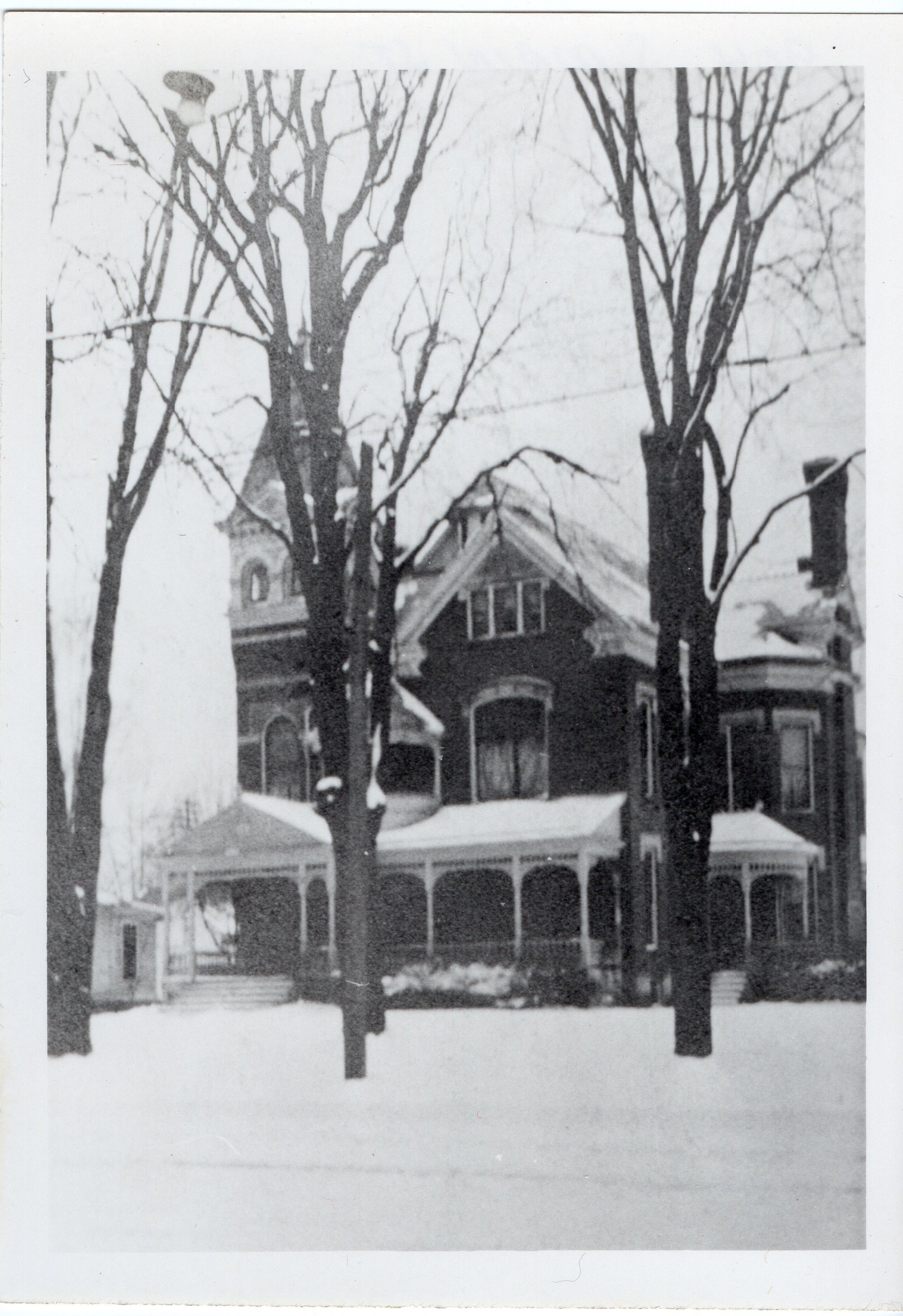 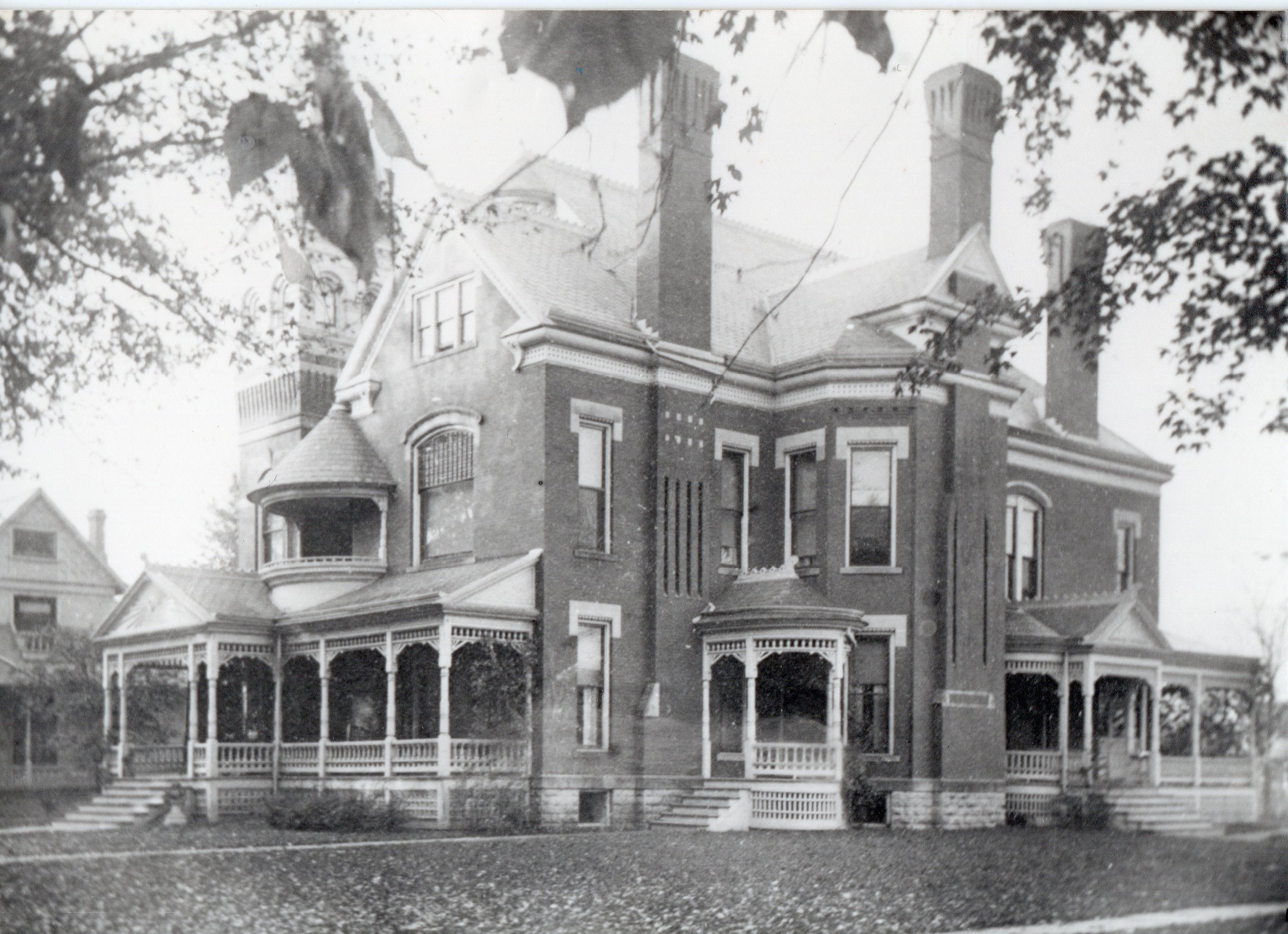 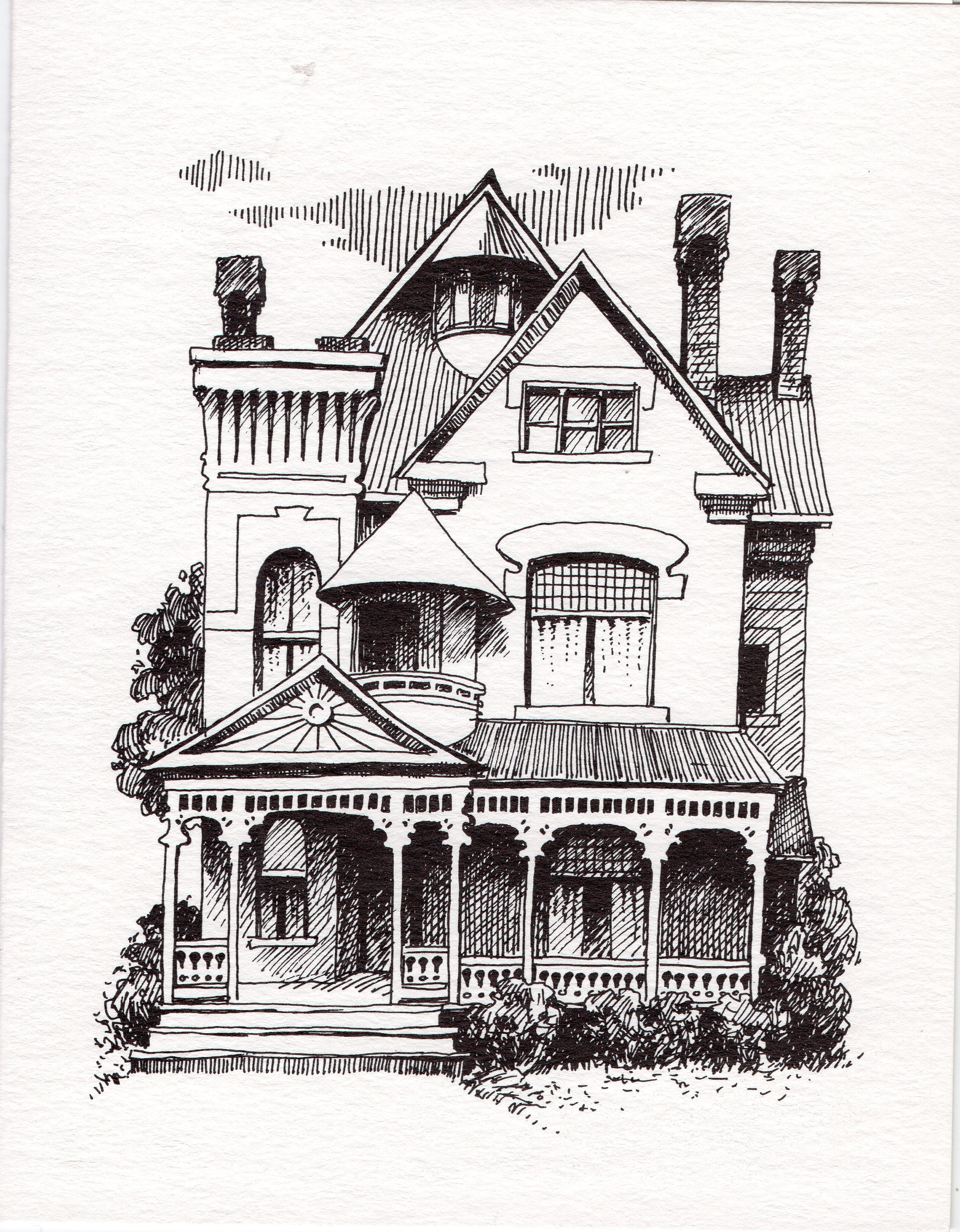 John Poe was born to Robert and Margaret Poe on November 22, 1849. Interestingly, John's grandfather was Jacob Poe, a pioneer of Hancock County that arrived in 1822. John spent his childhood working on his father's farm when he was not in school. Later, he attended Allegheny College and graduated with honors. Upon his return to Findlay, John became the first principle of Findlay High School and later became the superintendent of Carey schools. On August 13, 1874, John married Sara Trout. In 1876, John became a student of the law under Aaron Blackford. He was admitted to the bar in 1878 and it is said that he became on of the best attorneys in Findlay. He practiced out of the Hyatt building on South Main Street. John and Sara had three children, Jeanette, Caroline, and Merle. On September 22, 1909, John passed away. Sara passed on September 25, 1922 (Paul & Bauman, 158-159).

Caroline Poe was born in 1877 and married Welles Blackwood Newton in 1903. Welles was a pharmacist and purchased the Central Drug Store on South Main Street. Caroline and Welles had two children, John P. and Sara. The family lived in the house until 1941. During their time in the house, they added both kitchen cabinets and baths. After the passing of their parents, Sara and John P. sold the house to Wilson B. and Ida Emery in 1941. The Emerys sold to the house to William H and Frances A. Coulson on May 31, 1946. Frances took in boarders while she lived on the first floor. The Coulsons sold the house to Frederick and Ruth Aldrich in 1957. The house was then sold to James and Marynette Parriott in 1960, who turned the house back into a single family residence. The Parriotts, in turn, sold the house to Michael and Anita Russo in 1971 (Paul & Bauman, 158-159).

The Russos left Findlay around 1982 due to a job transfer. During this time, the vacant house was vandalized and stained glass windows as well as two parlor mantels were stolen. The items were located in Cleveland, however they were not returned as the insurance company had already paid off the claim. Roberto and Linda Weiss-Malik purchased the home in 1983 and it was featured on the 1984 Findlay Historic Homes Tour. On June 11, 1985 the house was sold to David and Barabara Graham (Paul & Bauman, 158-159).

John and Marilyn Stroh owned the home next, purchased in 1987. Marilyn was keenly aware of the historical value of the home, and spent many years restoring it to museum quality. She spent an entire year on the scaffolding in the front parlor alone. As she removed layers of paint, she found previous artworks and designs. The Strohs also extensively worked on the landscaping around the home. After she finished her own home, she went to work on the the Hull House portion of the Hancock Historical Museum, restoring it to its previous grandeur. The Strohs hosted the 2000 Victorian Dinner (Paul & Bauman, 158-159).

The Queen Anne style of Victorian homes was popular from 1880 -1910. This style is identified by steeply pitched roofs with patterned shingles. Cutaway bay windows and other features help create an appearance that voids smooth walls. Asymmetry is a must. These houses are also highly decorated. A large portion of these homes have spindle-work most commonly on their porches. Towers are a very common feature of the style, which is present on the John Poe home (McAlester, 345-350).