The James C. Donnell II house is a beautiful example of Tudor Revival architecture. For their fifth year anniversary, James built this house for his wife Dolly. While this house was not the first on the property, it was built was longevity in mind. The original house was in the Second Empire style, and was featured in "1889 Findlay Illustrated." (Paul & Bauman, 26-27). 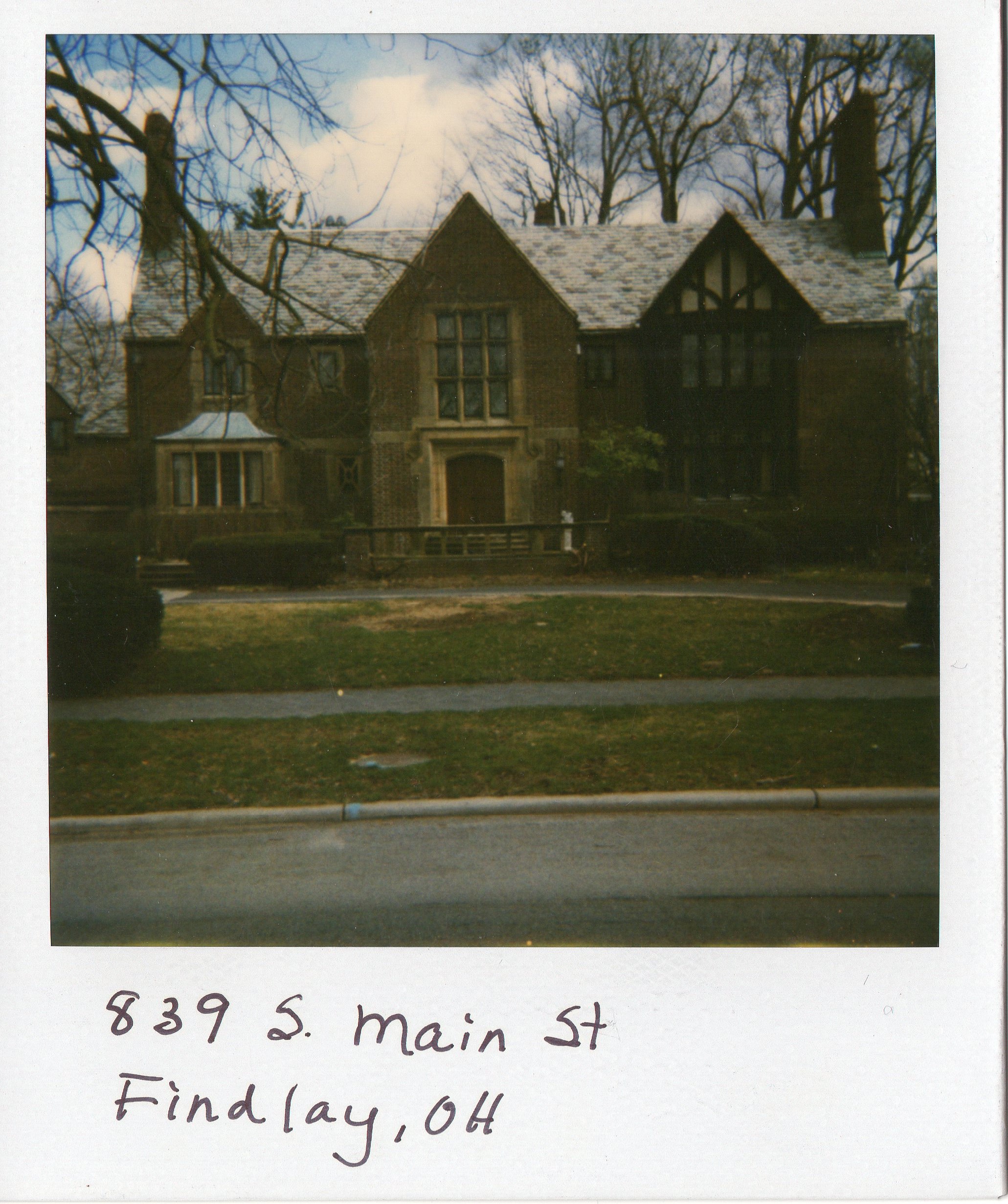 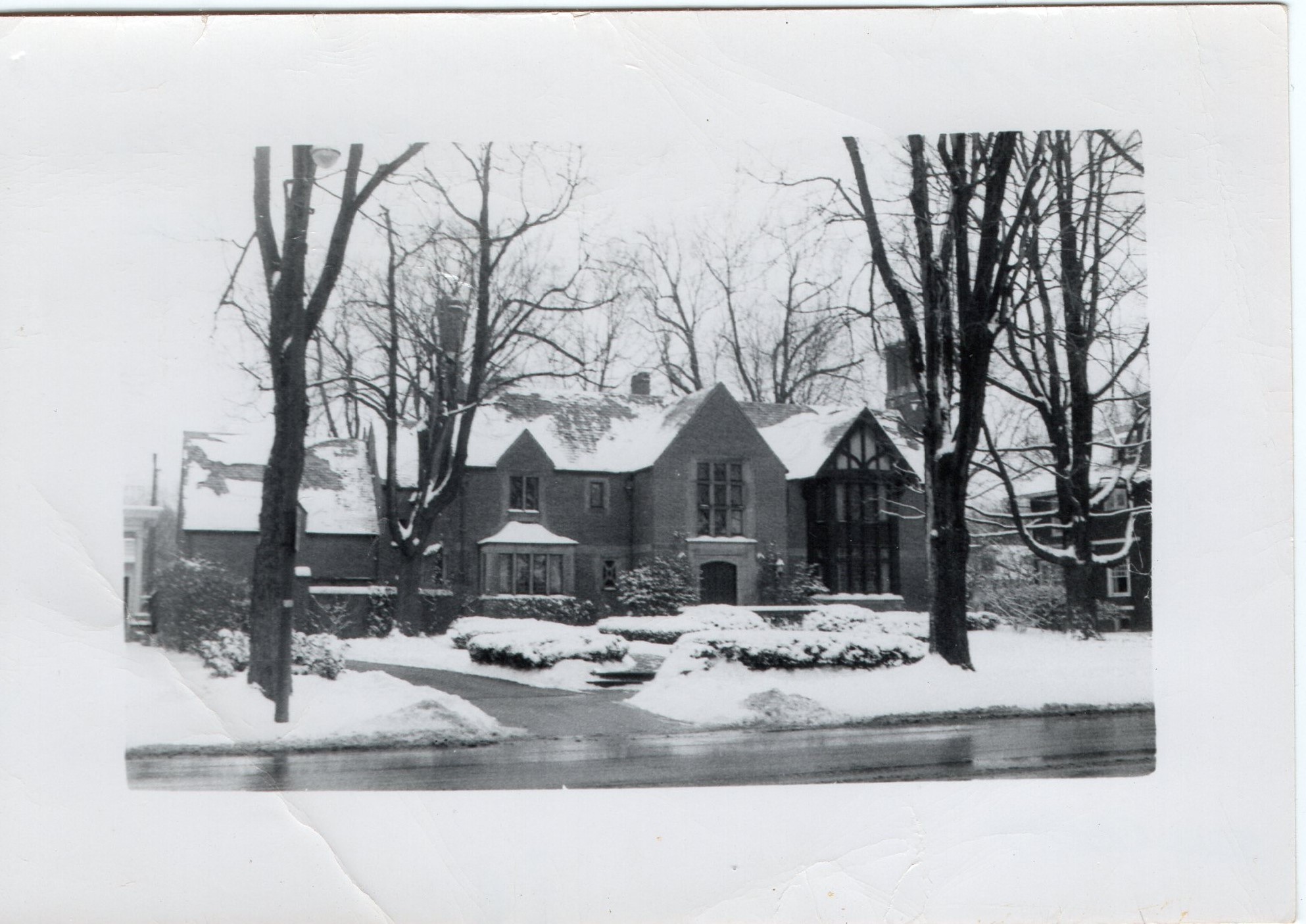 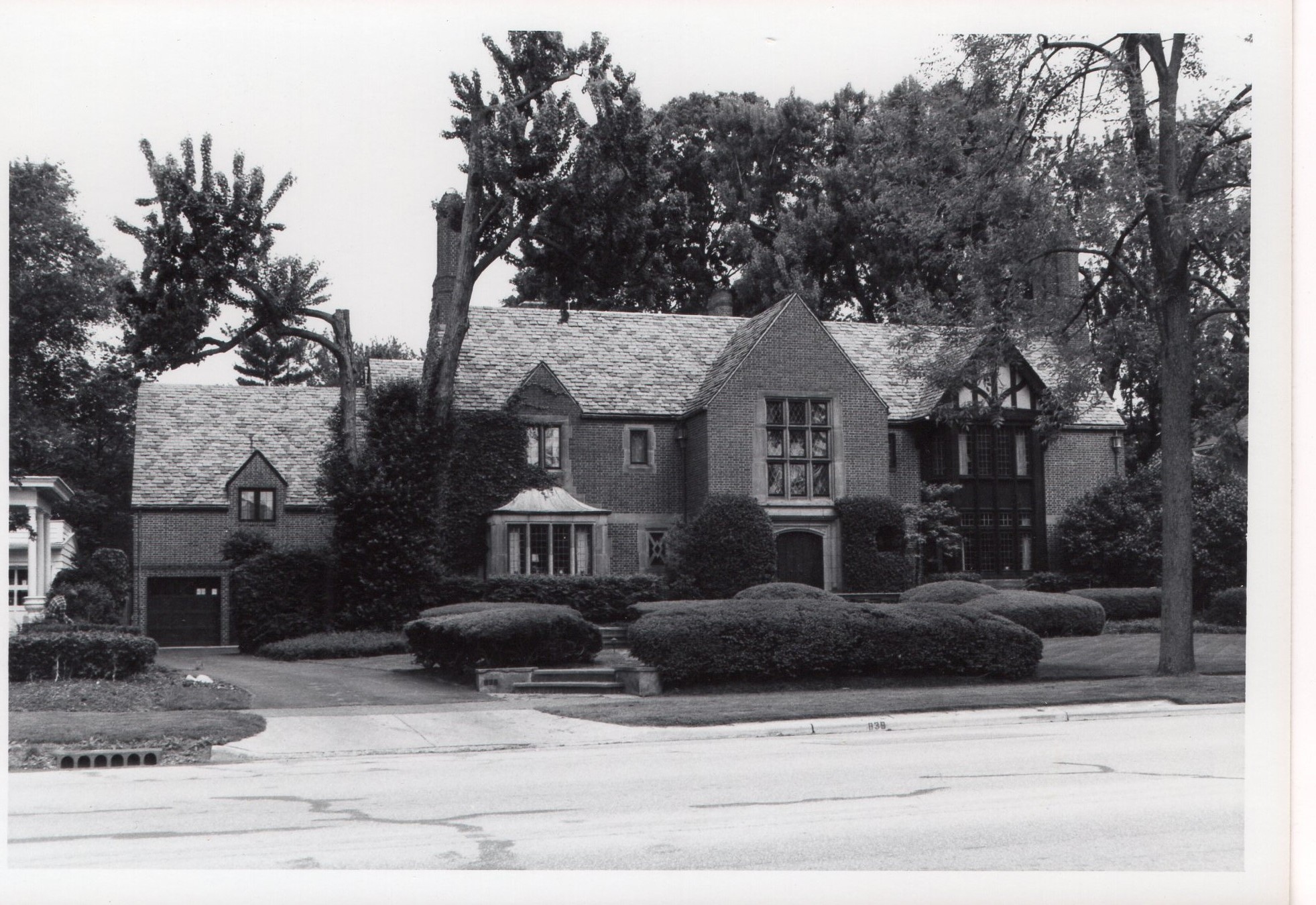 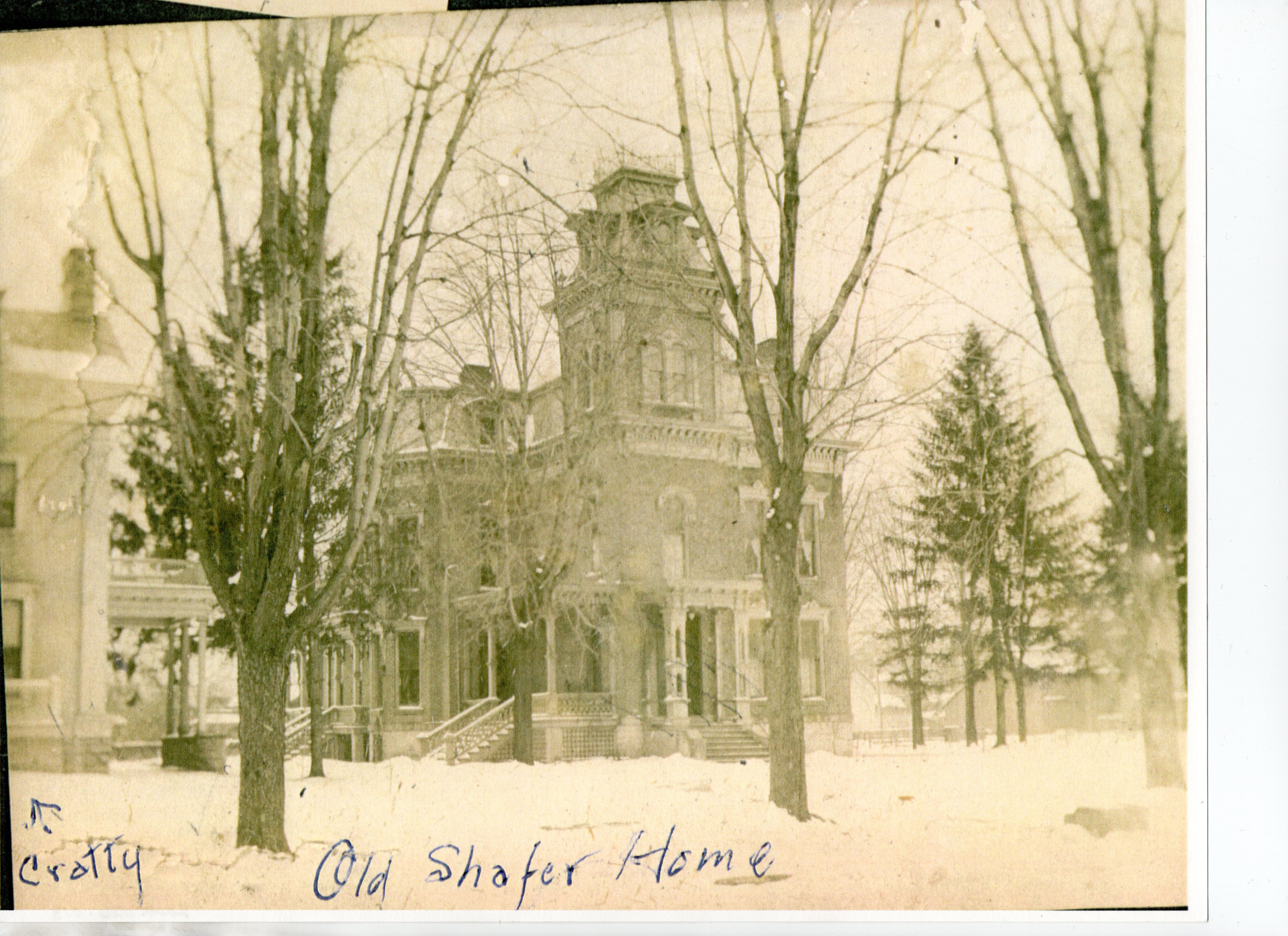 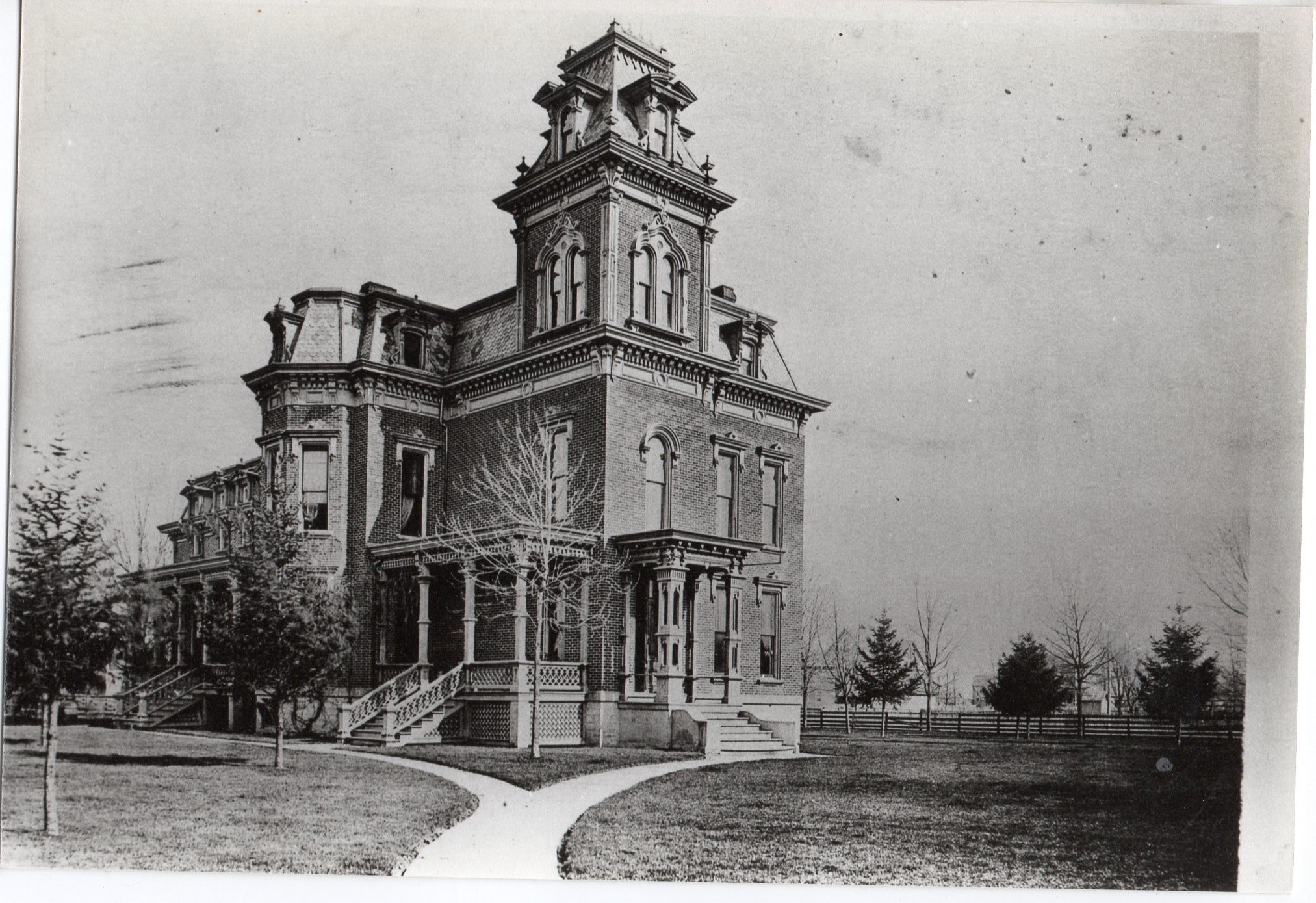 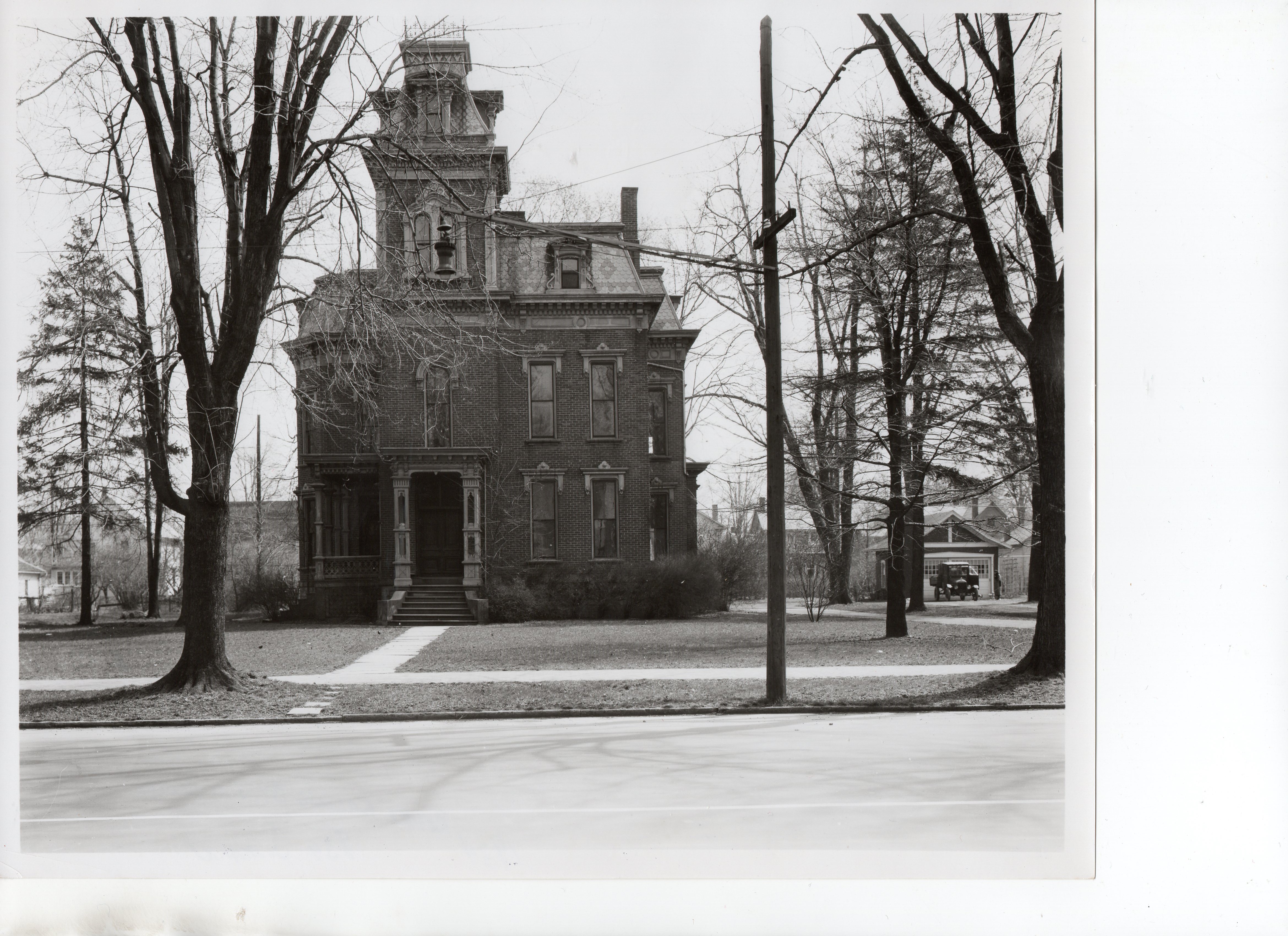 The James C. Donnell House is in the style of Tudor Revival which was popular from 1890-1940. This style is identified by side gabled, steeply pitched roofs. The facade has one or more prominent front-facing gables with tall, narrow windows in groups. There is also a massive chimney, often with decorative chimney pots. The entry would have a round or Tudor arch. Decorative half-timbering is present on about one-third of examples. This style is based on early English building traditions. There are a lot of variations on this style, especially with decoration (McAlester, 449-452). The roof of the James C. Donnell House is made of slate imported from Italy, which cost $5,000 at the time. It would cost over $300,000 to replace today, but it has an estimated life span of 300 years. The copper was coated with lead to prevent oxidation. The exterior woodwork was treated with creosote rather than paint. Both yards were equipped with sprinkler systems. The light at the servants' quarter was a refractory light that was sealed against moisture and fumes. This was also the first house in Findlay to have a central air-conditioning system installed. There are approximately twenty rooms in the house as well as an elevator (Paul & Bauman, 26-27).

James C. Donnell was born on June 30, 1910 to Otto Dewey and Myrtle Glenn McClelland Donnell. He began at working at 10 years old as an office boy for The Ohio Oil Company, which eventually turned into the Marathon Oil we know today. James' grandfather, James C. Donnell, was President of the Ohio Oil Company. Young James accompanied his grandfather on many trips and sat in on meetings, which continued on when his father Otto became president. He then went on to study geology at Princeton, after which he was hired by The Ohio Oil company. He married Dolly Devine in 1932 (Paul & Bauman, 26-27).

On December 13, 1936, the property was deeded to James C. Donnell from David and Mary Kirk for $1.00 along with other consideration. There was another house on this property, a Second Empire style home built in 1875 was razed to clear the prime property. That same year, James was elected to the Board of Directors of the Ohio Oil Company. He was then named Vice President and they had a daughter named Susan one year later. Dolly passed away January 15, 1984 and James passed on November 11 that same year. Susan sold the home to Peter and Mary Brandman in 1987, who sold the house to Michael and Elizabeth Linn on May 6 1996. Catherine Bishop purchased the home on September 16, 2005 (Paul & Bauman, 26-27).