Founded in 1883 by suffragist Abigail Stuart, the Woman's Club of Olympia was the first women's club established on the West Coast. It is housed in this large three-story historic building that was constructed in 1908. The building's design is typical for the early 20th century. It features a hipped roof, dormers, clapboard siding, and a large front porch with Tuscan columns supporting another porch above it. The clubhouse replaced the previous one on this spot which burned down 1907. The current building was added to the National Register of Historic Places in 1979. The club remains an active and engaged organization today. For those interested, the club's website features an online archive of scanned images of club documents.

The Woman's Club of Olympia was established in 1883 and has been headquartered in this building since 1908. 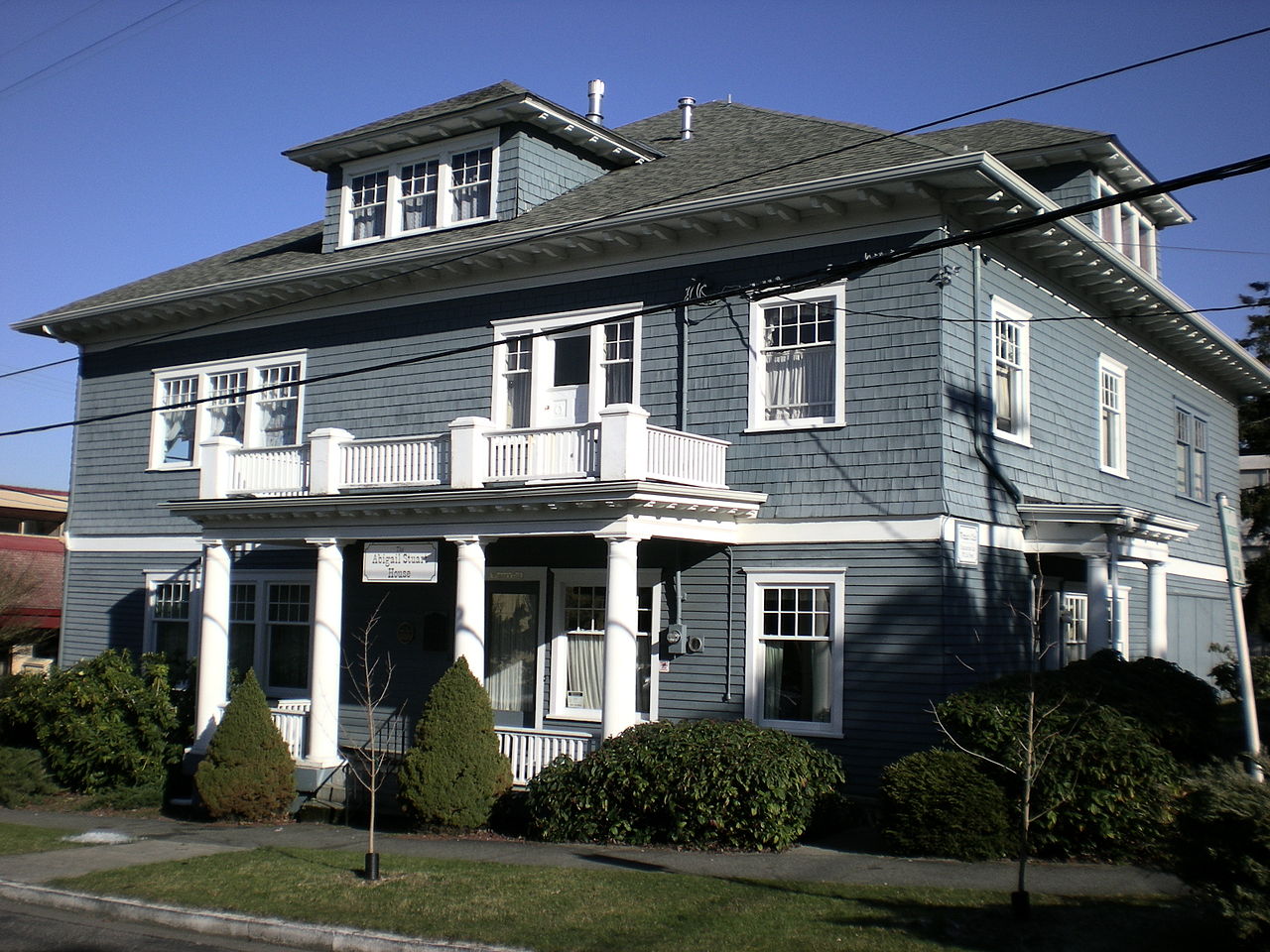 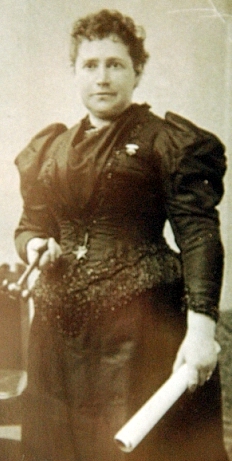 Abbigail (Abby) Howard Hunt Stuart was born on October 28, 1840 in Boston. She grew up in an affluent household and received an excellent education, graduating from Freemont College when she was 19. To the dismay of her parents, she accepted a job as bookkeeper at a manufacturing company. She decided she was going to support herself on her own rather than comply with the social standards of the time. She was perfectly suited for the job; she had excellent penmanship, which was necessary to record information at the time, and she was very good at math. After working at another company in Springfield, Massachusetts, in 1866 she moved to San Francisco to work for her uncle, John, who owned a shipping business. She remained there for five years then set off for Olympia to visit a relative.

There she met her future husband, Robert G. Stuart, who was working as Receiver of the U.S. Land Office. They got married in 1873. From this point forward, she wrote her name as Mrs. A.H.H. Stuart to maintain her sense of identity. She was well liked and outspoken in her beliefs on women's rights. In the summer of 1873 she became the leader of the Women's Suffrage Association, a new organization that advocated for women's right to vote. The organization's efforts eventually paid off in 1883 when women won the right to vote in Washington Territory (however, the Territorial Supreme Court overturned the law in 1887; women were finally granted the right vote in 1910, this time permanently).

That year, Stuart led the effort to organize the Woman's Club of Olympia and became its president. The club was important on a number of levels. It provided a space for women to discuss important issues, which was a rare opportunity back then. It focused its efforts on the social and cultural life of women and children. The issues they addressed such as domestic matters, the education of children, and local and national politics. The club also started the city's first library in 1896.

Stuart was a firm but excellent manager of the club. In the early 1890s, she had the women write reports about important subjects for every meeting. Those that failed to do so were charged a small fine. She also kept thorough records of the club, which provide a window into the club's early history. Her impact was felt elsewhere as well as she helped establish other women's organizations. For this work she became known as the "Mother of Women's Clubs." Unfortunately, Stuart died suddenly of pneumonia in early 1902 (Robert passed away in 1890). She got sick during her visit with her aunt, who was very ill, in San Francisco. She was buried in Olympia next to Robert.

The women first met in private homes until 1900 when they were finally able to buy a building that once stood at this location. However, as noted above, a fire destroyed it in 1907. Undeterred, the women raised money by themselves, by selling bonds, baked goods, newspaper subscriptions, and even writings and songs. The new clubhouse was completed in 1908.