The Eagle House Hotel was built in 1886 by Finnish immigrants Henry and Elvira Tornroth. The historic Olympia home currently serves as an event venue and gathering space, as well as The Inn at 2nd & C. The exterior and interior of the home feature a variety of design elements from the Victorian Era and the building is part of Eureka's Old Town Historic District, which was added to the National Register of Historic Places in 1991.

Joseph Massei and Domenico Caturegli purchased the property in 1907 and opened the Buon Gusto Hotel & Restaurant. This photograph shows the property before the top floor was added. 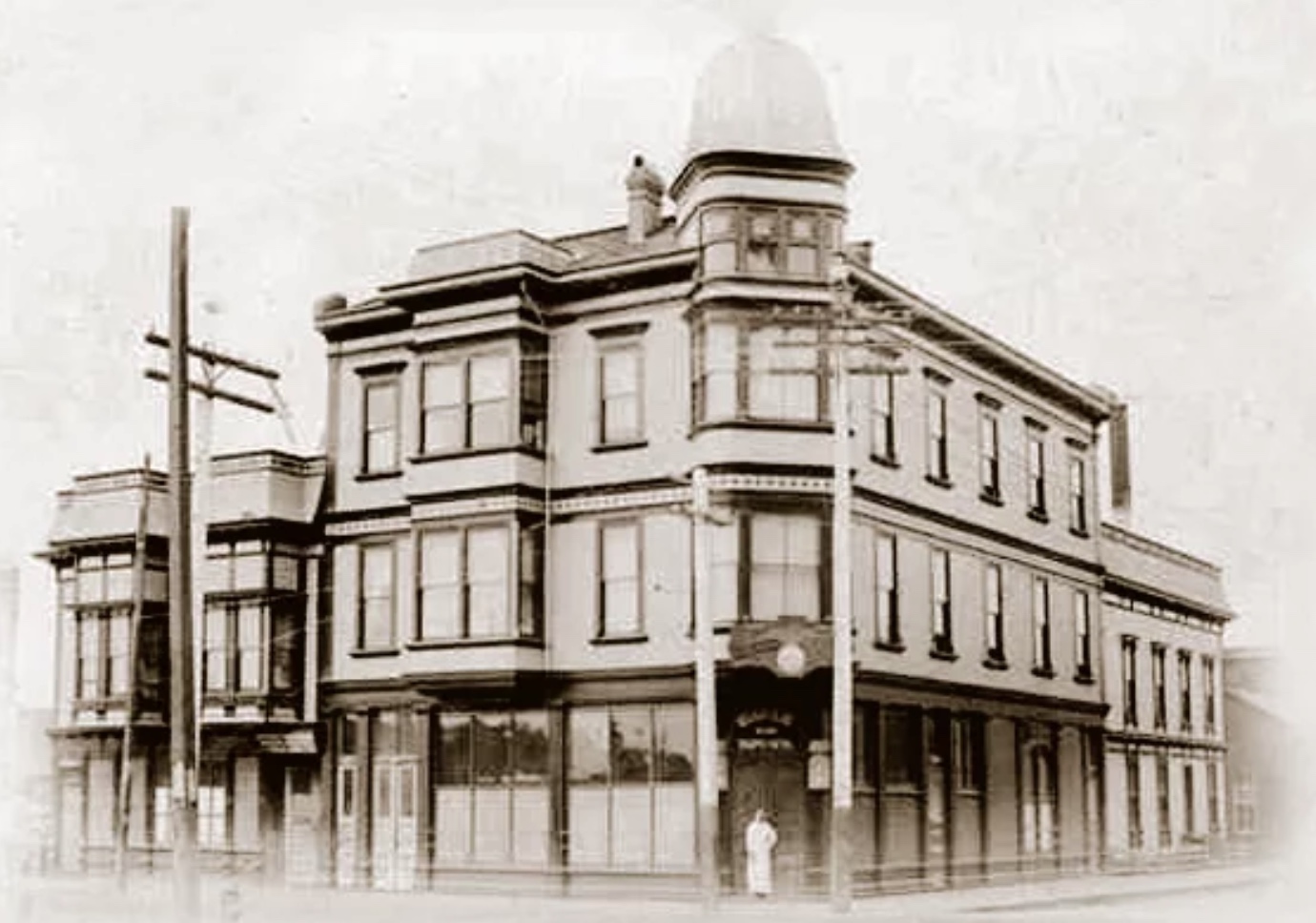 The property after the top floor was added 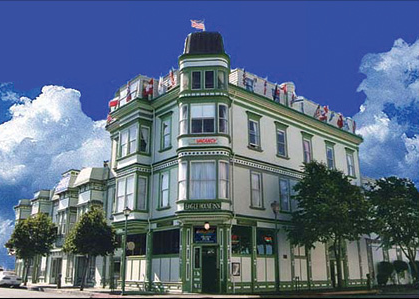 Interior of the Eagle House 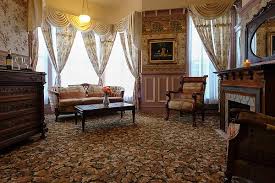 In 1907, the Eagle House Inn changed hands and became the Buon Gusto Hotel & Restaurant for the next 50 years. This photograph was taken in the mid-twentieth century, while the property was owned by the Massei family, which operated the Buon Gusto. 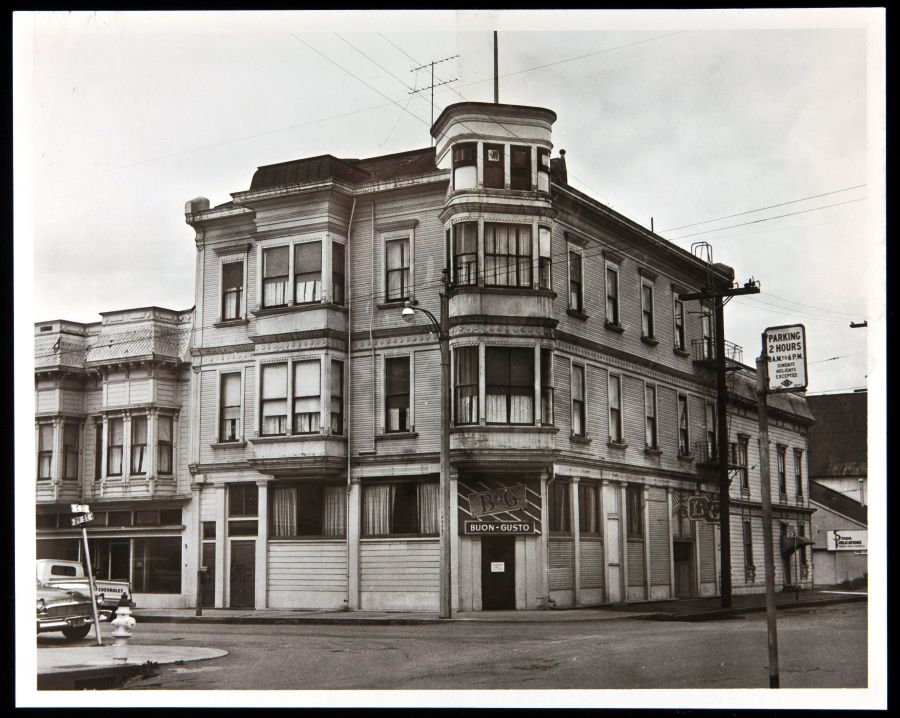 In 1886, the Finnish immigrants Henry and Elvira Tornroth built the Eagle House Hotel not far from the docks along Eureka's bustling waterfront area. At the time, Eureka was a hub for the lumber, mining, and shipping trades. The growing city's location near Humbolt Bay made it well situated for commerce. Given all of the industrial and commercial activity that took place in Eureka during the late nineteenth century, the waterfront area was able to support four large hotels, one of which was the Eagle House.

The unique property features an elegant corner bay window on three stories. The bay windows contain curved glass, an unusual stylistic element. The curved bay windows are on part of the property that was added later. As such, they contrast with the relatively simple rectilineal bay windows that appear elsewhere on the building. The property also features extensive decorative molding on the exterior, including a whimsical row of "buttons" or medallions between the second and third stories. In the twentieth century, a fourth story was also added onto the roof which, although not in keeping with the original Victorian design, added another stylistic element.

In 1907, the property was leased to Joseph Massei and Domenico Caturegli, who later became the owners of the hotel in 1921. Massei and Caturegli gave the Eagle House Hotel an Italian flair, renaming it the Buon Gusto Hotel and Restaurant. ("Buon Gusto" means "good food" in Italian). The Buon Gusto became a favorite gathering place and watering hole among the locals. The Massei family continued to own the property for the next fifty years. Thereafter, it sat vacant for a period of time, until a revitalization of Eureka's Old Town historic waterfront began during the 1980s.

In 1984, the property's name was restored to the Eagle House Hotel, although the Buon Gusto remained the name of the street-level restaurant. The guest rooms were remodeled, and antiques were brought in to restore a Victorian style to the interior. During this era, the Buon Gusto restaurant became a nightclub, offering theater style entertainment. In 1989, the property was sold to the Cho family, originally from South Korea. They added some Asian details, such as a red bathtub with a bird faucet in one of the rooms, and they mainly sought to further restore to the hotel to its original look and feel. Under their ownership, the theater stage and ballroom floor were restored by Blue Ox Millworks, a local company. Meanwhile, a historic preservation specialist was commissioned to select specifically Victorian paint colors and wallpaper patterns.

Since 2005, the restaurant has been occupied by Gallagher's Irish Pub & Restaurant. In 2017, the entire property was purchased jointly by the Metz family and the Rex family. Together, they further updated the antique furnishings and the decor to enhance the Victorian ambience while modernizing some of the amenities. Currently, the historic Eagle House name refers to the theater and ballroom, while the hotel portion of the property has been renamed the "Inn at 2nd and C."