The Zevely House, the oldest house in the former town of Winston, was built around 1815. Van Zevely was a cabinetmaker and wool farmer who began operating the first steam-powered wool carding machine in North Carolina on his property the same year – a forerunner of Forsyth County’s prominent textile industry. The house was moved from its original location on Oak Street to its current site on West Fourth Street in 1974. It was restored and operated as the Zevely House restaurant for many years; it is now home to the Winston-Salem location of Bernardin’s Restaurant. 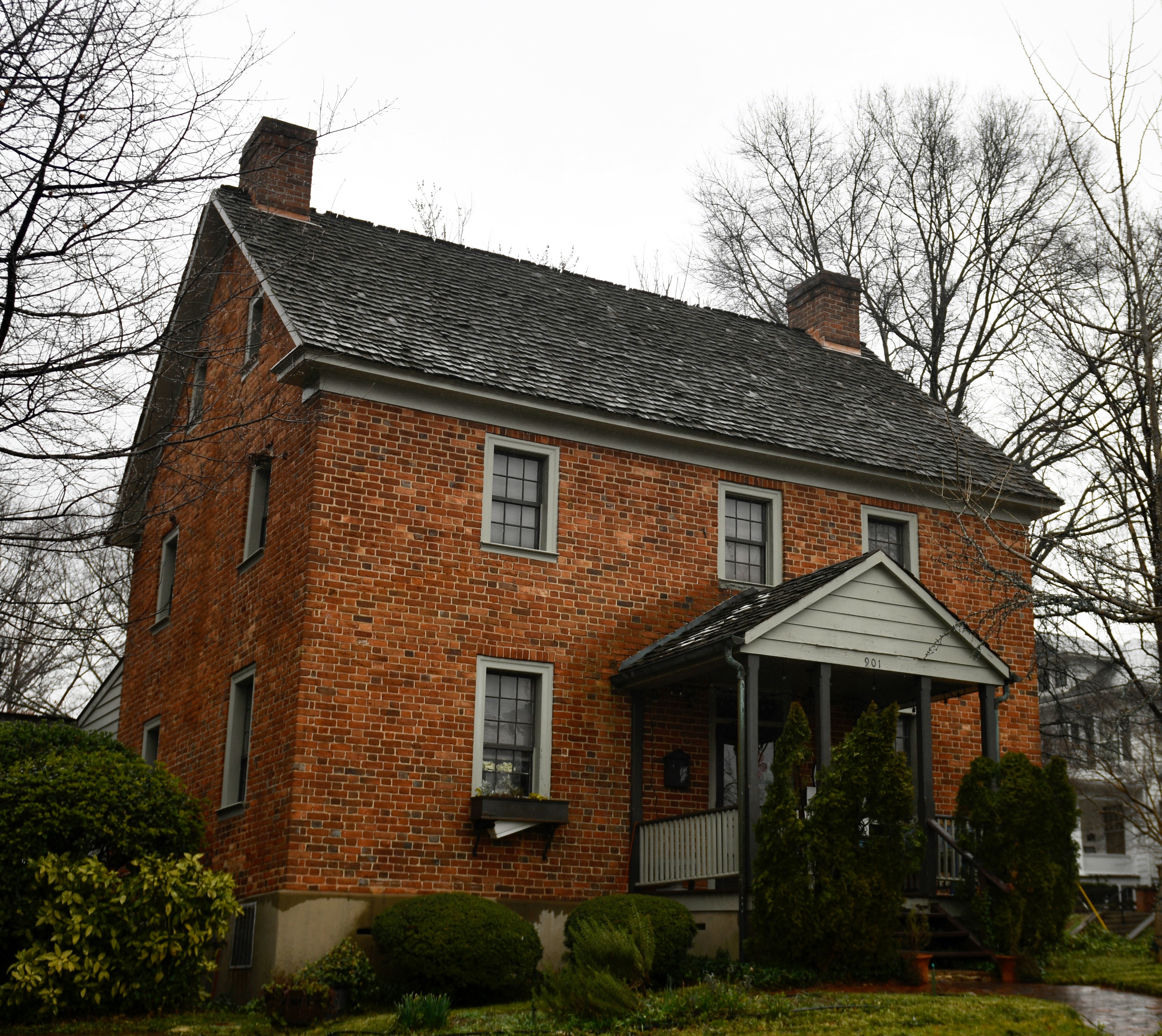 The life story of Van Neman Zevely is clouded in a degree of mystery. While “Van N. Zevely” is the name that appears on his headstone, variants such as “Vanniman,” “Vaniman,” and “Neman,” and “Zevily,” “Zevilly,” and “van Zevely” appear in many records. He was born in 1780 but the details of his early life are not known. The only reference to how he came to join the Moravians in Salem is in a cryptic entry in their records from July 1797, when Van was sixteen:

“…an outside boy, Vannimen Zively by name, has come for a while to Br. Wohlfohrt…in the cabinet shop. Before her end his mother expressed the wish that when she died he might be brought to the Brethren.”[4]

As referenced in this record, Zevely began as an apprentice cabinetmaker in the Moravian community; he was baptized into their congregation and later joined the Single Brothers’ Choir. By 1801, he was a journeyman cabinetmaker and attendant at the Salem water works – a difficult, if well-paying job. Some sources report that he took an apprentice before becoming a “master” of his trade, which led to resentment in the community but no official reprimand. It is also said that he intentionally avoided receiving the title of master, because the job would pay less than his current work as both a journeyman and water works attendant. However, he did become a master cabinetmaker, in charge of the cabinetshop at the Salem Single Brothers’ House, in 1804.

Dislike of Zevely seemed to manifest itself when he asked permission to marry Johanna Sophia “Hannah” Schober in 1809; the Moravian Elders Conference denied both his request and a compromise offered by Johanna’s father, influential businessman Gottlieb Schober. (Gottlieb asked for permission for the two to marry on the condition they left Salem proper and became “auswärtiges”—a title reserved for Moravians who lived outside the community but still attended services.) Allegedly, the elders even threatened to excommunicate the couple if they went forward with the union, and acted upon this threat after Gottlieb (a Justice of the Peace) marred them later that year. Zevely left his cabinetmaker position, freely or by force, and moved to 160 acres owned by his father-in-law on Peters Creek, also known as the Petersbach. By 1810, however, the Zevelys were granted auswärtige status and rejoined the Salem church.

At Peters Creek, Zevely began farming and “carding” wool, which is the process of isolating and aligning its individual fibers to create a smooth sheet of fabric. In 1815, he began operation of what is believed to be the “first steam-powered wool carding machine in North Carolina”—one of the first forerunners of Forsyth County’s textile industry.[2] Sometime between 1815 and 1818, he completed a brick house for his growing family that sat on the Old Town Road which connected Bethabara to Salem. According to the house’s National Register of Historic Places nomination, “The sturdy, unpretentious dwelling is typical of the plain design and careful craftsmanship of the early German settlers in the Salem area. It is thought to be the oldest structure in Winston.”[4] (Winston was not founded until later in the 19th century, and its boundaries did not include the land on which the house sat until the 1870s. Winston merged with Salem in 1913.)

Johanna died during the birth of their fifth child in 1821. Zevely stayed on the land until 1859, when he returned to Salem and became a full member of the Moravian congregation. He died on May 10th, 1863. The land was first sold to Robert and Mary Gray, who sold the house plot to Willis Hall in 1874. It was sold five more times before it was bought by the Periwinkle Corporation in the fall of 1974. The Corporation, established by Peter and Barbara Smitherman and Tom and Robin Ross, bought the house—which now sat on Winston-Salem’s Oak Street—and a plot on West Fourth Street, with the intention of moving the house from its current declining neighborhood to a new, downtown site (the empty land cost nearly four times as much as the house). This proved somewhat of a challenge, as the house had been constructed with twelve-inch- to eighteen-inch-thick walls and weighed three times as much as a similar wood frame dwelling. However, over the course of seven hours on September 29th, 1974, the house was successfully relocated. An in-depth restoration was begun, a new porch and rear annex were constructed, and the Zevely House restaurant opened the following year. The restaurant operated for thirty-four years before closing in 2009; the house is now the Winston-Salem location of Bernardin’s Restaurant.