Fort Gordon, formerly known as Camp Gordon, in Georgia, was established in October 1941 and is one of many military installations in the South to be named after a Confederate officer. The fort currently houses the U.S. Army Cyber Center of Excellence, U.S. Army Signal Corps, and U.S. Army Cyber Corps. Fort Gordon is a garrison which means it contains all the same types of services one would find in a small town. The garrison includes law enforcement, fire and protection services, religious institutions, sports, and youth programs. Fort Gordon holds a community of trainees from the Army, Navy, Air Force, and Marine Corps. In addition, soldiers are trained to become technical and tactical experts for the US Army.

The main gate of Fort Gordon's base that sits just a few miles southwest from August, Georgia. 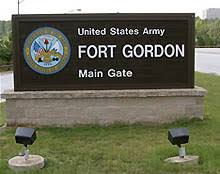 A photo of a portion of the 55,000 acres of Fort Gordon, Augusta, Georgia. 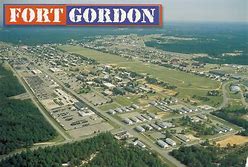 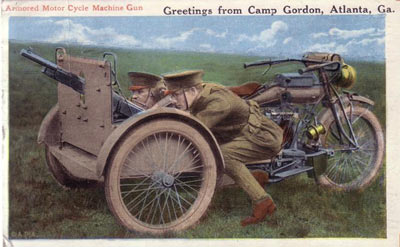 The National Security Agency facility located inside the walls of Fort Gordon. 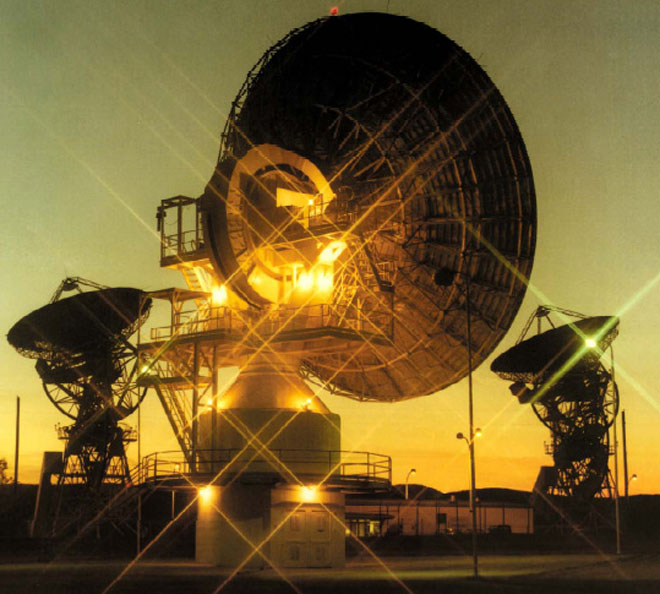 Camp Gordon was also home to a disciplinary barracks for the US Army and in 1943 a prisoner of war camp for German and Italian captives during World War II. After World War II, Camp Gordon was scheduled for deactivation, however, the Cold War brought an emphasis on military preparedness. In September 1948 the Army relocated the Military Police School the Camp Gordon and in October 1948 a Signal Corps Training Center was activated on the premises. The Military Police trained here for combat assignments and the 51st Anti-Aircraft Artillery Brigade formed three detachments on site before relocating to Camp Stewart. During this time Camp Gordon became home to the only Army Criminal Investigation Laboratory in the Continental U.S. and a Training Rehabilitation Center and U.S. Disciplinary Barracks followed shortly after that time.

In 1955 the Civil Affairs School was incorporated into the camp. Camp Gordon became a permanent Army instillation on March 21st, 1956 and was renamed to Fort Gordon. During the 1950s to the 1970s, Camp Gordon served as a basic training facility for soldiers preparing for service in the Korean Conflict and the Vietnam War. Basic training ended with the Vietnam War in the mid-70s. Following the war, the Fort experienced tremendous growth. The Army's Computer Science was established for use during the 1980s. In the 1990s, Fort Gordon deployed troops from its Mobilization Command to Southwest Asia during operation Desert Shield and Desert Storm.

Today, Fort Gordon is the largest military telecommunications training facility and emphasizes military intelligence. This fort was chosen over Fort Meade for a consolidated US Army Cyber Command Center in 2014. It is currently home to the Gordon Regional Security Operations Center (GRSOC) and provides intelligence services to the U.S. Central Command, the U.S. Special Operations Command, and the U.S. European Command. The fort also supports the 35th Signal Brigade, the 7th Signal Command, the 513th Military Intelligence Brigade and the National Security Agency.