Cayey's Historical House of Music located in Cayey, Puerto Rico, is a unique spot that honors the traditions and culture of the island. The structure of the building reflects its history as it was built with native wood, around 1828-1850. This house was restored once the municipality of Cayey obtained it from the previous owners. After they modified it and put it in good conditions, a nonprofit organization began administrating it. Andés Yambó, a music teacher at the Municipal Fine Arts School leads the non-profit organization that is composed of musicians and people who live close by; they volunteered to give the house a purpose where visitors could gather to enjoy music and learn about local history. The house hosts various activities, and provides a place where musicians perform and interpret famous songs of the island and where those interested in traditional music can take classes in how to play typical instruments of Puerto Rico. The house also hosts musical events that celebrate the culture of Cayey.

An outside view of Cayey's Historical House of Music 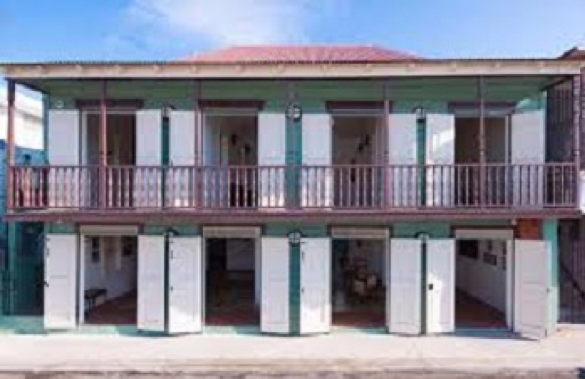 Part of the decoration used in the house

The non-profit organization, whose leader is Andrés Yambó (the man at the front on the floor with a Black shirt and glasses) 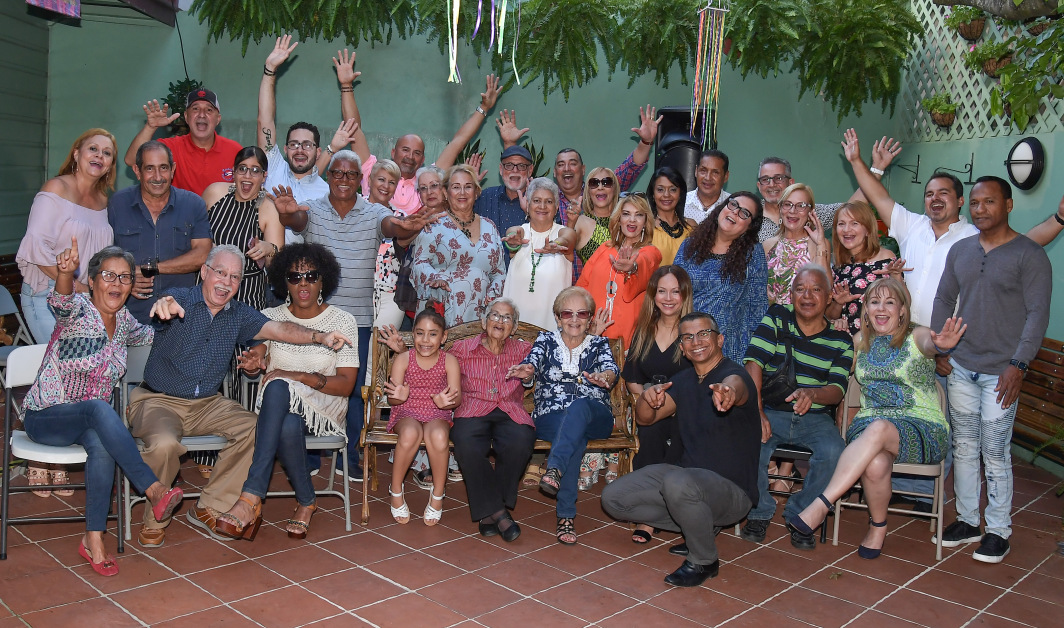 A group of musicians playing instruments like: cuatro, guitars, and traditional drums 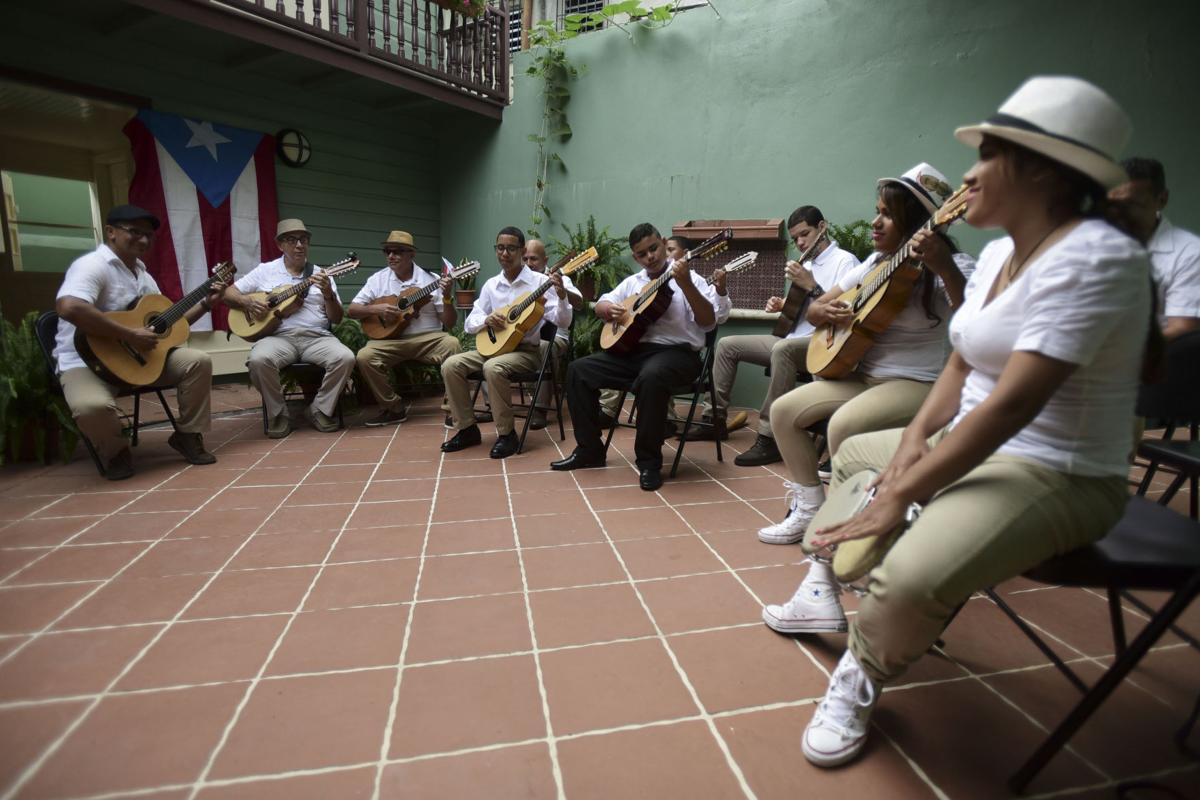 Cayey’s Historical House of Music is a cultural space where musical genres such as Bomba, Plena, Salsa, and Trova are celebrated. The purpose of this house is to preserve the town's cultural traditions as they are expressed through the music, food and local festivals that distinguish Puerto Ricans. This property was built in the mid-19th century between 1828-1850. It has had many owners that each gave a special touch to the house. In 2003, the structure passed into the hands of the municipality of Cayey, which opened it to the community as a meeting space and in order to convert the historical building into a cultural attraction. The residence is registered in the National Register of Historic Places in Washington, D.C. as “Casa Espada Cervoni” (Cervoni Sword House, in English). On October 27, 2015, the Cervoni Sword House was registered in the State Department of Puerto Rico under the name of “Casa Histórica de la Música Cayeyana" (Cayey’s Historical House of Music, in English) Later on, a non-profit organization (as yet unnamed), under the leadership of Andrés Yambó, began administrating it.

Before it was listed in any register of historic places, the house was first known as “La Casa de Juana Rodriguez Morales” (Juana Rodríguez Morales’s House, in English) named after the owner Juana Rodriguez Morales. The materials used to build it where wood, brick, metal and concrete, and it was constructed as a two-story house according to the registration form held by the United States Department of the Interior National Park Service (2002). The first floor was used for commerce, and the second floor was used as a residency. It had various owners after Doña Juana. In 1877, Don Miguel Muñoz was the owner, a local merchant, who lived there for a year. In 1878, he sold it to Maris Soledad Vázquez; and years later, Maris sold the house to her son Juan José Nogueras Vázquez. By 1937, the house was ceded to Mateo Orraca in payment of a mortgage debt. The Orraca family resided in the house until 1948 when it was sold to Ricardo Espada Cordero before he ceded it to his children David, Pura and Ricardo Espada Cervoni in 1962. In 2003, the municipality of Cayey, under the administration of the Hon. Mayor Rolando Ortiz Velázquez, bought the property (Mendoza, 2017).

In Puerto Rico, there are many traditions, cultures and customs that characterize the people, and this house focuses on the musical aspects of the island's culture. After it had passed through the ownership of various people, the house was reconstructed as a community music center, which led to the education and continued enjoyment of the musical history of the region. The most popular music genres played at the house are Salsa, Bomba and Plena. The main hall of the facility is dedicated to the legendary Tuna de Cayey, a musical institution that has delighted Puerto Ricans with its voices for half a century (Mendoza, 2017). It represents a space where Cayey's aspiring musicians can dedicate time to their compositions, and where people can go to play the music of recognized musicians, such as César Concepción, a trumpeter, composer, arranger, conductor, and the one who adapted Plena for ballroom dancing and Jesús Ríos Robles, known as “Chuíto el de Cayey”, a cuatro performer who was a big part of what is known today as Puerto Rico’s traditional music. Other musicians honored at the house include la Family Duchesne, Maximino “Mino” Pedraza and Paquito López Vidal (Posts, 2019). In Cayey, a town in the central east of the country, this house serves as a meeting place and a location to celebrate concerts for the community to honor its musical heritage and celebrate its contemporary musicians.

In this historic house, there are activities throughout the year to commemorate all Puerto Rico’s traditions. It has rooms that display instruments that have been owned by important people. Instruments such as maracas, guitars, and güiros represent the musical identity of the island. Güiros, for example, are a Latin American percussion instrument made from a hollow gourd that produces a rasping sound when played. Also, in the Historical House of Music, paintings and portraits of people who were part of the cultural growth of this house and the region's musical heritage are displayed. Important services offered at the House of Music include music classes to students of different ages, mainly for those who want to know how to play typical instruments of Puerto Rico, such as cuatro, guitars and traditional drums. The cuatro is a small guitar with four strings and the traditional drum is an instrument made out of wood with a single short and wide batter-head. The organization that admininsters the House not only aims to honor and preserve Puerto Rican music history, but it also encourages others to learn and enjoy traditional music as much as possible.

Cayey’s Historical House of Music is a place that has a lot to offer. Undoubtedly, it has been a project that, over time, has focused on the perseverance of musical history and the traditions and customs that characterize Puerto Rico. It is a place that transmits love and passion for the musical heritage of the island. Given the fact that music is an essential part of Puerto Rican culture and customs, the purpose of Cayey's Historical House of Music is to bring together a whole community in the enjoyment of tradition, culture and music. Throughout the years, this historical house has become an important cultural space, thanks to those people who donate their time and energy to keep the musical history of the past alive.

Pérez Colón , R., & Cayey’s Historical House of Music. (n.d.). Who are we? Retrieved from http://www.musicacayeyana.com/nosotros.html