Located on the southern end of the Tulalip Reservation, just west of the town of Marysville, the Indian Shaker Church is significant for its architecture and association with Indian Shakerism, a native American Christian movement founded in 1888 by John Slocum, a Squaxin Island tribe member. The structure seen today is actually not the original church, which was built in 1924 and ceremonially burned down in 2007 because it was in a state of disrepair. However, the new church appears much like the first one. It is a simple, wood-frame structure with notable features such as a bell tower, porch, and three pointed-arch windows. The porch connects the church to an adjoining dining hall. Despite the fact that the church was rebuilt, it still represents the unique Indian Shaker architectural and religious tradition of the Northwest. 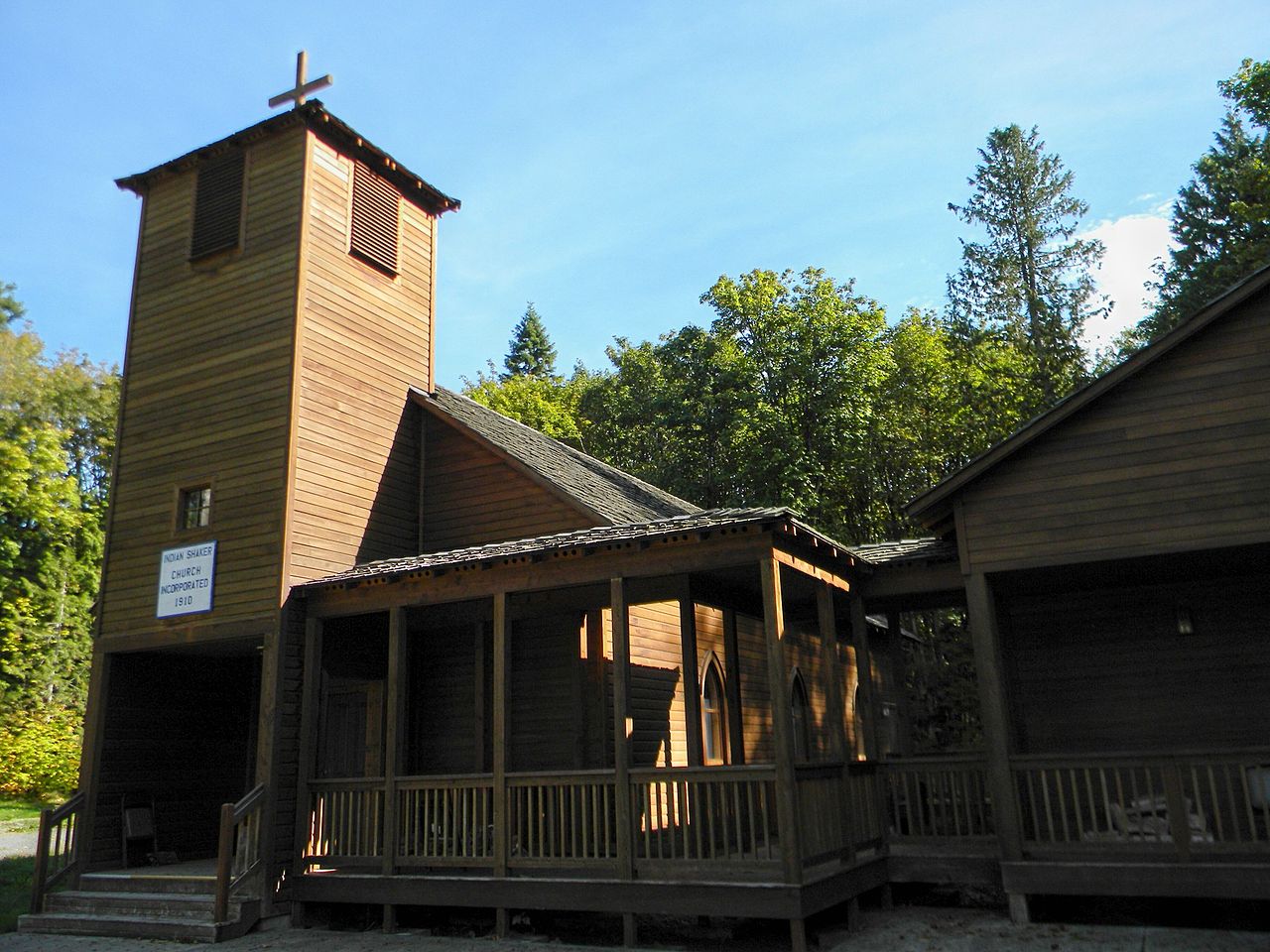 The Indian Shaker movement dates back to the 1880s. The sources provide somewhat conflicting information as to the exact sequence of events. According to one source, in late 1882, Slocum became very sick and died. However, shortly thereafter he came back to life and claimed that God saved him and told him to proselytize to other Indians. He did for a few months but fell back to his "wicked ways" of gambling, drinking and smoking. However, he became sick again and died. His wife, Mary, became distraught and began to "shake" and pray intensely. Slocum recovered once again, which he and Mary interpreted as a sign of God's healing power. To them, Mary's shaking was the reason for his revival. As a result, Indian Shakerism was born.

Regardless of what exactly happened, Slocum's message spread quickly and the movement grew among other tribes in the Puget Sound (it would eventually spread throughout Washington, Oregon, southern British Columbia, and northwestern California). The first church was built by a man named Mud Bay Louis near Olympia. It is not clear when but presumably sometime in the late 1880s or 1890s. That church served as the model for Indian Shaker churches erected in the coming decades.

The Indian Shaker Church movement was officially incorporated in 1910. It should be noted that it is not related to the Protestant Shaker movement that originated in New England in the mid-18th century. Indian Shakerism differs in that it combines Protestant, Catholic and Indian traditions. The church built in 1924 was one of the last churches erected in the original Indian Shaker style.