The Lorenz Hotel was designed by Arnold & Barrett in 1901 and was built by Holt & Gregg Co. The hotel opened in October 1902 under the ownership of Susan Lorenz (1844 - 1925), a widow. Today, several businesses operate from storefronts on the street level while the upper stories of the building have been repurposed to provide affordable housing for senior citizens. The building was renovated in 2014 and is listed on the National Register of Historic Places. 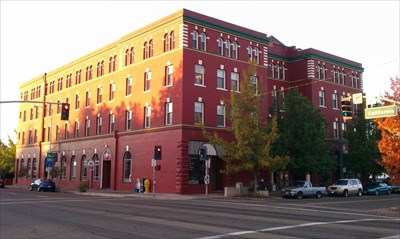 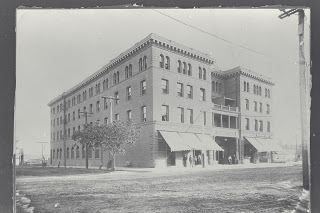 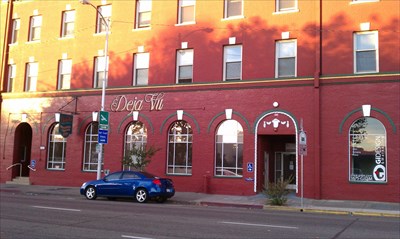 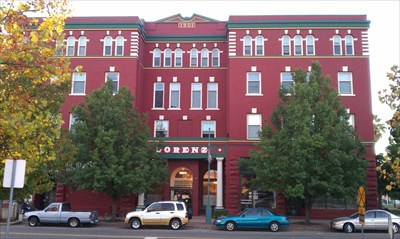 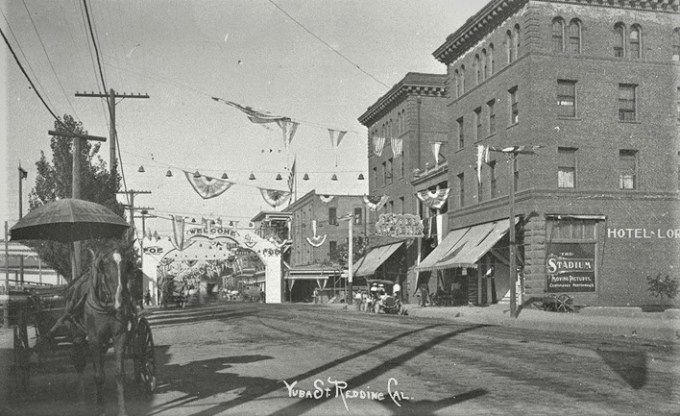 At the turn of the twentieth century, Mrs. Susan Lorenz, a widow, purchased land in Redding for a new hotel. The purchase was made using gold bullion that came from the Trinity County Gold Mine which was owned and operated by the Lorenz family. At the time of purchase, the land was little more than a swamp adjacent to the railroad line. Under her orders, the land was filled in and construction began on the hotel shortly afterward.

The Lorenz Hotel was designed in a Beaux Arts / Italian Renaissance style by the architectural firm Arnold & Barrett in 1901. It was built with bricks from the Holt & Gregg Co. Brick Manufacturing Plant located in Anderson. The year "1901" is marked on a brick on the side of the building. The four-story Lorenz hotel officially opened to the public on October 25, 1902. At the time of its grand opening, the hotel featured 132 rooms. It also featured the first elevator in Redding. As time went on, the hotel was further upgraded with modern amenities, and eventually, each room had its own private bathroom.

Since 1995, the former Lorenz Hotel building has been owned by the Shasta Housing Development Corporation, which purchased it for $1 from the U.S. Department of Housing and Urban Development. The Lorenz Hotel building has been listed on the National Register of Historic Places. It currently provides affordable housing for senior citizens living in Redding. This affordable housing is managed by the organization Christian Church Homes (CCH).