Indiana University's first athletic field was opening in 1887. Originally named the University Athletic Field, it was renamed to the Jordan Field around 1898 after Indiana University president David Starr Jordan. The field was home to the Men's Football and Baseball teams of the University. Field conditions worsened through time and the university looked to build an alternative stadium for play. In 1959, Jordan Field was closed as construction finished for the new field for the mens athletic teams. The university paved concrete over the former field and it became the parking lot for the Indiana Memorial Union.

A land view of Jordan Field behind the bleachers. In the background, fencing is seen around the perimeter of the field. The building in the background is what is now known as the Wildermuth Intramural Center. 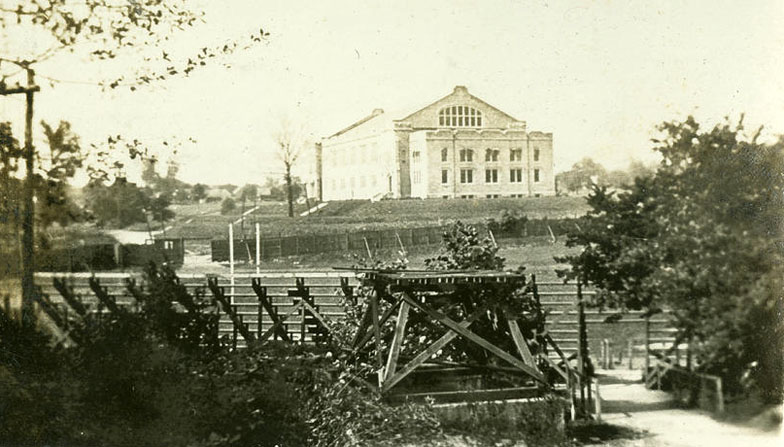 Arial view of Indiana University that showcases Jordan Field in the center. You are able to see how the outline of Jordan Field almost mirrors the shape of the current parking lot adjacent to the Indiana Memorial Union. 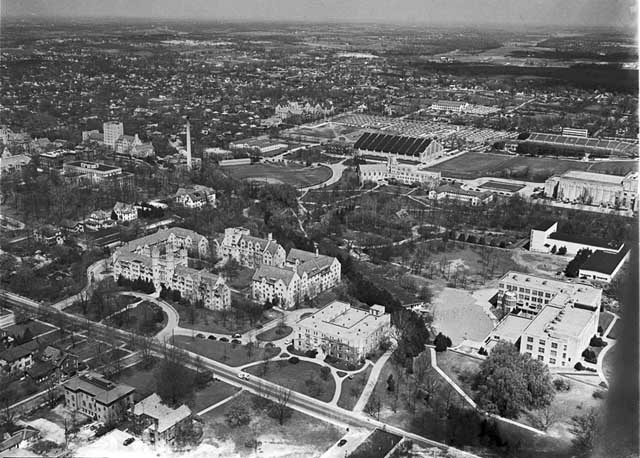 Pictured is a Spring Training game between the Cleveland Indians and the Cincinnati Reds in 1944. A large audience is visible on the left with some of the little seating that was available. As the field deteriorated, limited seating capacity became another driving reason for the closure of Jordan Field. 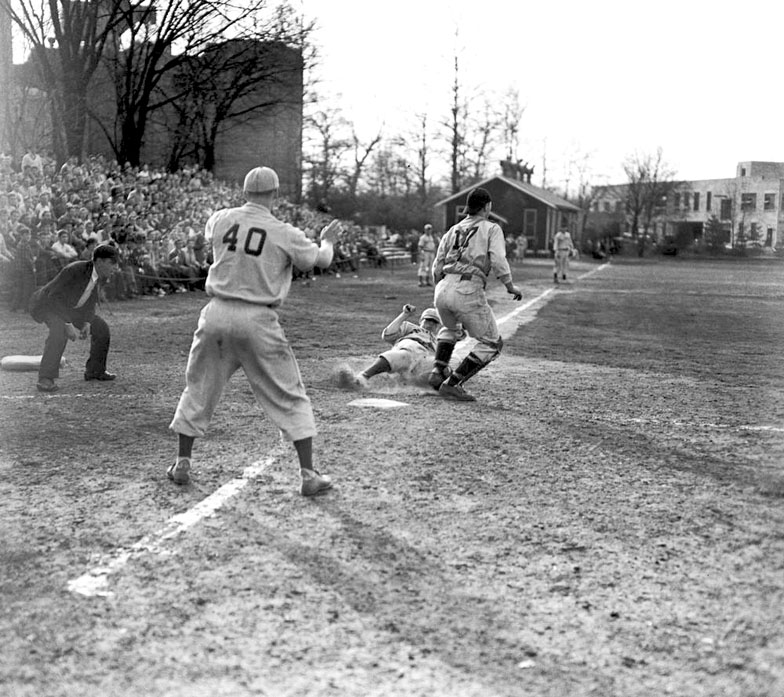 1909 class scrap amongst students at Indiana University. The field was not only for athletes and the occasional MLB team, but also one of the central places that students would congregate in their free time. 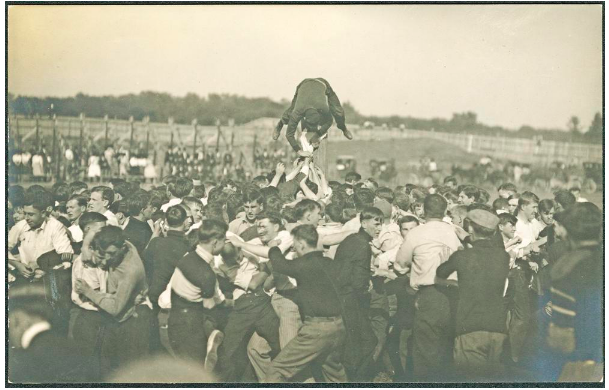 Jordan Field was the first men's athletics field for Indiana University and their organized sports of the time. Located where the Indiana Memorial Union parking lot currently resides, this field was the primary sports field for Indiana University Baseball and Football. It was located in the center of campus and was purchased by the university from Moses F. Dunn in order to host sporting events. The field was home to other athletics like track and field, and a gathering place for many students in their free time.

The field was originally named the University Athletic field when it opened in 1887, but later was renamed to Jordan Field in 1898. It got the name Jordan Field after former Indiana University president David Starr Jordan. While the field was home to the mens sports teams when they competed, it was also a place for students to convene and ice skate during the winter. The nearby Jordan River would flood during the winter and freeze over. Students would return to Bloomington with their own ice skates and skate freely with friends. Due to the fact that the field was used so frequently year round and by so many students and athletes, the quality of the field deteriorated at a rapid rate.

One of the most notable historical facts about Jordan Field comes during World War II. Due to travel restrictions in the United States from the war, Major League Baseball Teams had to host spring training in close proximity of their cities. As a result, the Cincinnati Reds and the Cleveland Indians hosted their spring training in Jordan Field from 1943-1945. Many of the Indiana University Men's Baseball team members got to interact and meet with the professional players.

While certain athletics programs such as football moved on from Jordan Field as early as 1924, the university baseball team continued to play there until 1950. Nine years later, the field was officially closed. Indiana University paved concrete over the field and created the now Indiana Memorial Union parking lot.