This is a contributing entry for Indiana University baseball team goes to Japan and only appears as part of that tour.Learn More.

One of the IU Baseball team members in front of the ship they took to Yokohama. 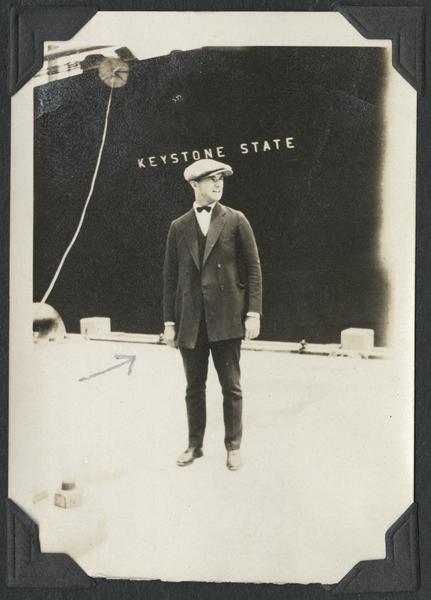 An old representation of how the Port of Seattle looked when the team left in 1922. 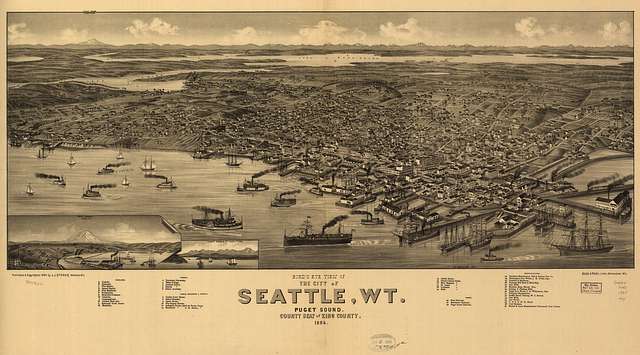 Current bird's eye view of the pier where the team left from. 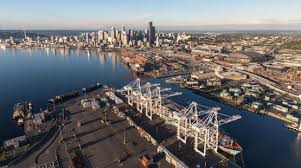 A group portrait of part of the IU Baseball team on the boat before they depart. 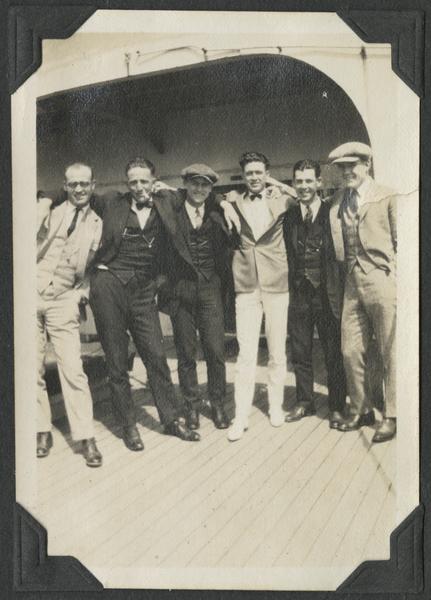 The 'Keystone State'. The boat that took the IU Baseball team to Yokohama. 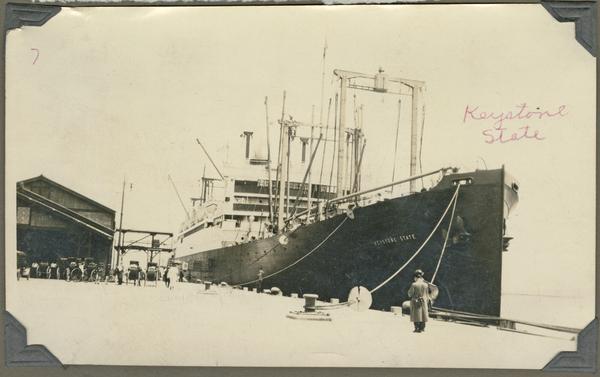 The Port of Seattle was created on September 5, 1911. It was created after Seattle started to become a trading hub due to its location between transcontinental railroads as well as being a prime location for transoceanic shipping routes. It was such a good location that competing railroad companies built a chaotic sprawl of railroad lines, docks, and warehouses along the shoreline of the harbor of Elliott Bay, creating conditions horrible for the city to try and build anything in the area, as long as looking bad on the city's scenery. After many years of legal fights, the Port District Act was passed making the Port of Seattle the first public port formed under legislation.

During World War I, it was the second busiest port in the country. In the following years, the Port of Seattle helped to found Seattle-Tacoma International Airport and helped revolutionize containerized cargo. Currently the Port is a recognized leader in environmental restoration, sustainable aviation, and shipping practices.

Today, if the baseball team were to travel to play in Japan instead of leaving by boat through Seattle they could fly through many possibilities of either, Chicago, Dallas, Seattle, or Toronto and it still only would take roughly 17 hours on average.