Born in 1811, he held positions in Tyler County and later Pleasants County, where he was president of the county court. When war erupted, he served as adjutant of the 191st Militia and as a delegate to the 1st and 2nd Wheeling conventions, then became a legislator for the Restored Government of VA. Later appointed to run township lines. Williamson died March 19, 1903. 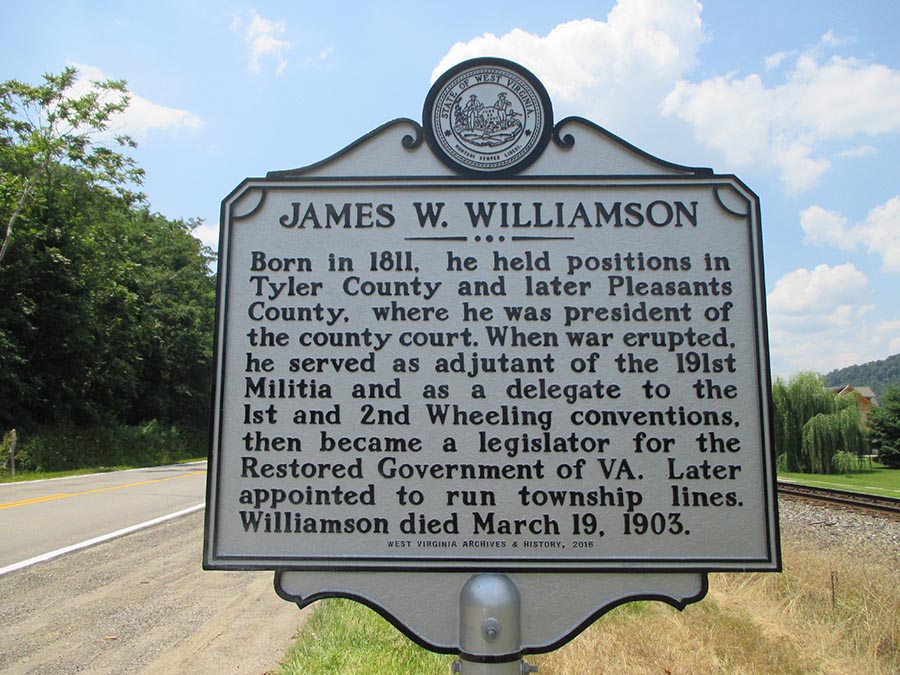