A necessary component for the production of gunpowder, saltpeter was of vital strategic importance to the Confederacy during the Civil War, and West Virginia contained abundant supplies of the mineral. Hoping to limit the Confederacy's access to this war material, Union raiders targeted the saltpeter works near Franklin in Pendleton County. Union forces under Brigadier General William Woods Averell targeted the works in August 1863, and in March 1864, U.S. troopers under Lieutenant Colonel Augustus Root permanently destroyed the facility. In 2016, West Virginia placed a historic marker to denote the pair of raids on Franklin's saltpeter works. 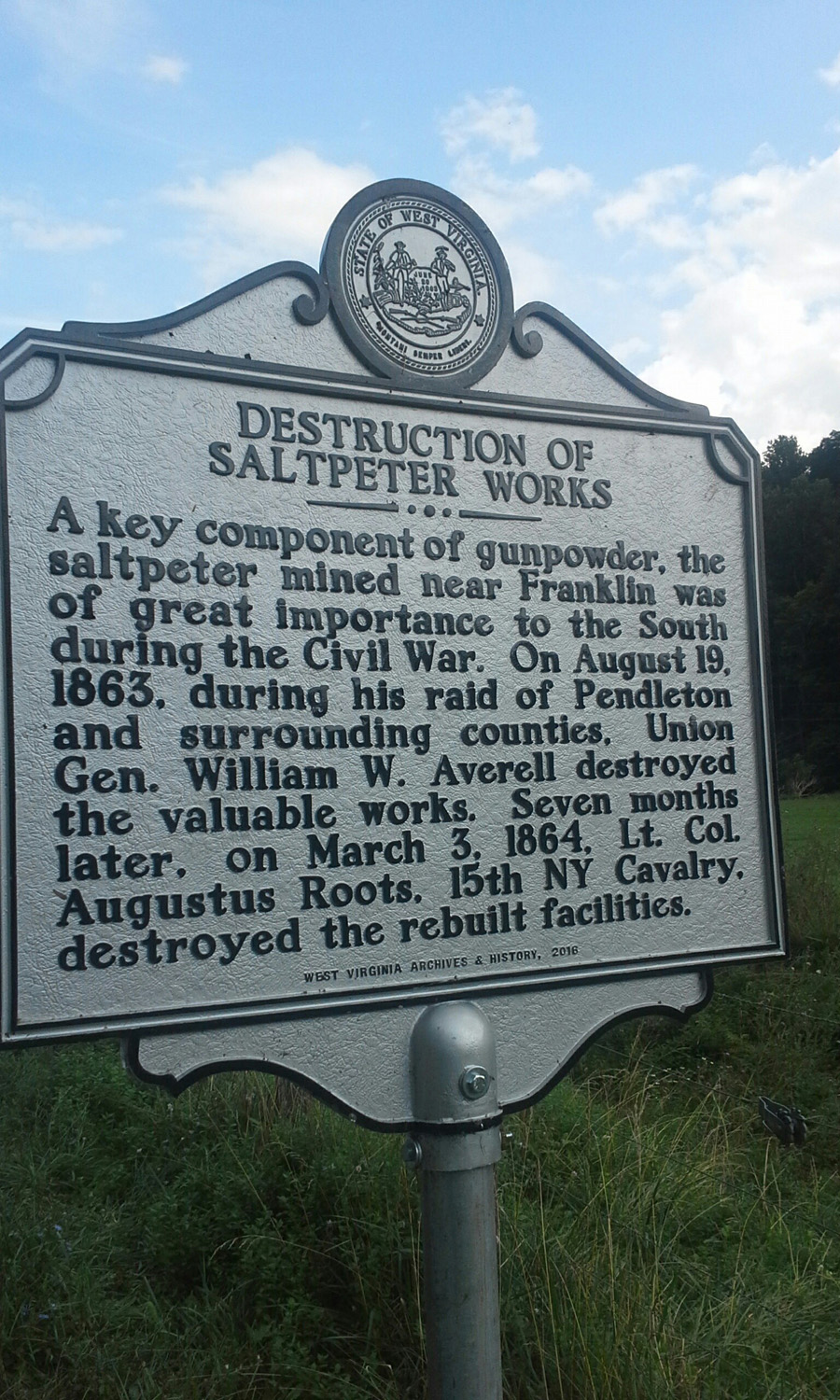 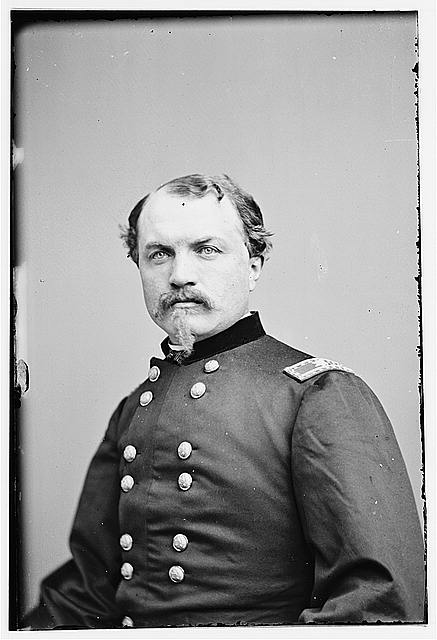 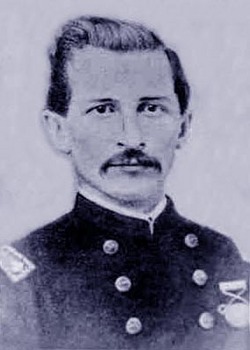 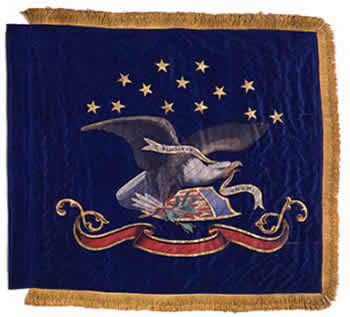 Saltpeter, also known was potassium nitrate or niter, is a mineral necessary for the production of gunpowder. During the American Civil War, saltpeter mines were both abundant yet vital to the Confederate war effort, especially as the United States blockade slowly choked off Southern trade with foreign nations. Confederates operated twenty-one saltpeter mines in what is now West Virginia during the war, many of them in the mountainous counties in the eastern part of the state. This included a significant Confederate saltpeter mine near Franklin, Pendleton County. (Interestingly, the one saltpeter mine operated by Unionists in West Virginia was also in Pendleton County at Schoolhouse Cave).

Federal forces understood that the destruction of saltpeter mines in the South could hinder the Confederacy's ability to wage war. On August 12, 1863, Brigadier General William Woods Averell was ordered to raid through the mountainous counties of eastern West Virginia. Averell's orders were "drive [the enemy] out of the country. In passing through Pendleton County, you will destroy the saltpeter and powder works therein situation." Accordingly, on August 19, Averell sent two squadrons of the 14th Pennsylvania Cavalry to destroy the saltpeter works several miles above Franklin. Averell continued on his raid but was ultimately checked at the Battle of White Sulphur Springs on August 26-27.

Confederate authorities repaired the Franklin saltpeter works, so Union forces targeted the facility again in March 1864. Lieutenant Colonel Augustus Root and 400 troopers of the 15th New York Cavalry mounted an expedition and arrived at Franklin on March 3. With no enemy in the vicinity, Lt. Col. Root led one squadron to the saltpeter works and "completely destroyed the buildings and all the materials for carrying on the works." He estimated the destruction of the works inflicted $8,000-$10,000 in damages.

In 2016, as part of an effort to commemorate the Civil War and West Virginia sesquicentennial, West Virginia placed a marker in Franklin acknowledging the twin Civil War attacks on the local saltpeter works.