Completed in 1898, the W.D. Grant Building is one of the oldest steel buildings in Atlanta, representing a period of growth and change for the city following a period of slow recovery from the destruction of the Civil War. In the final decades of the 19th century, Atlanta grew into a metropolitan center with the core of commercial growth clustering around the first skyscrapers such as the W.D. Grant Building. Known originally as the Prudential Building, this structure was soon joined by other skyscrapers at the turn of the century. 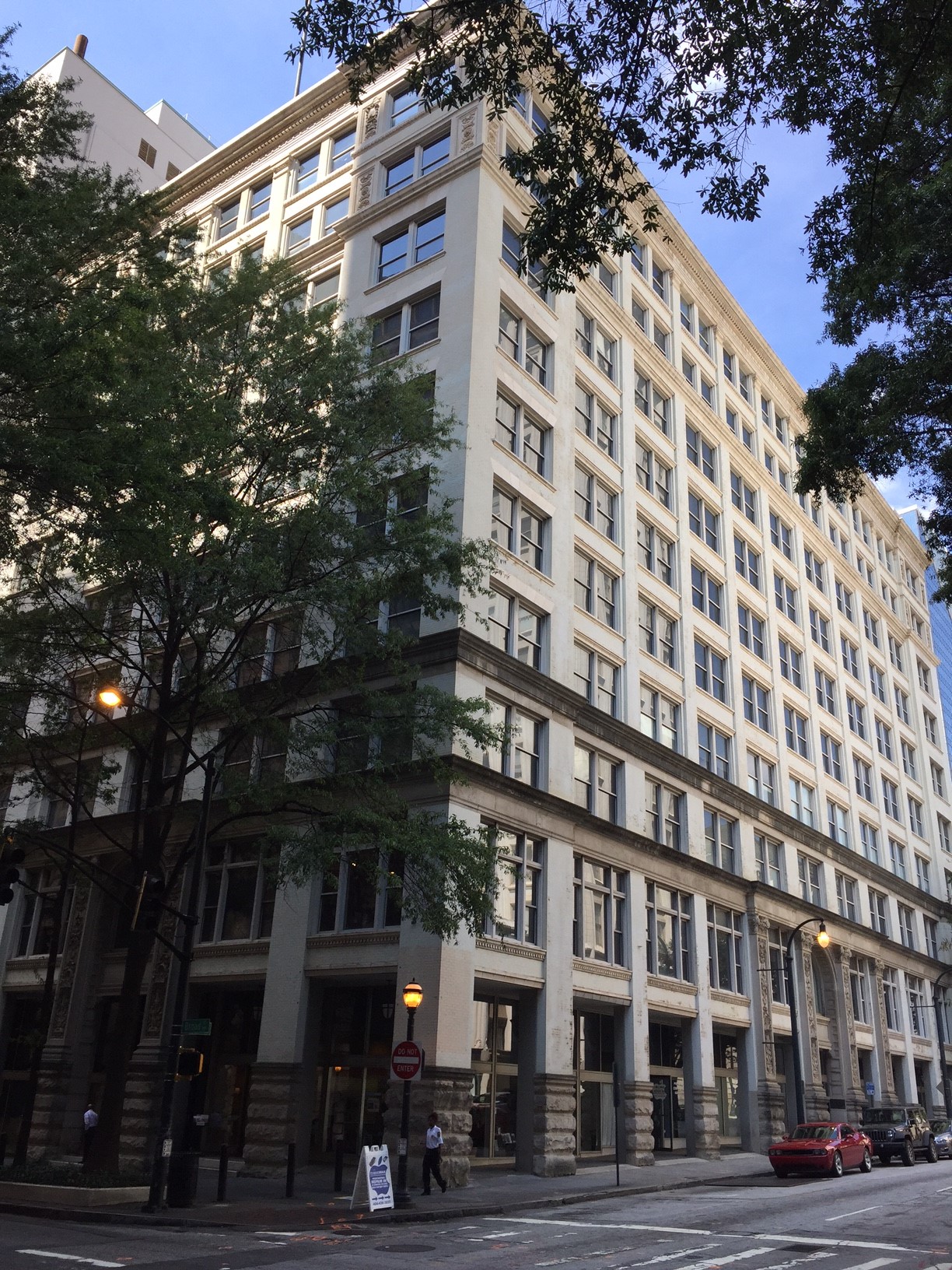 The W.D. Grant Building was completed in 1898 and stands as the earliest example of the Chicago-School inspired cage-steel-frame construction in Atlanta. The building was also the first to occupy a full city block. The U-shaped plan also allowed for more window offices than the typical square buildings. The building symbolizes a decade of commercial construction that changed the character of the area from an architectural standpoint and demonstrated the commercial growth taking place in Atlanta. From the destruction of the city by Union forces in 1864, Atlanta grew to roughly 200,000 residents by 1920.

Before the completion of the Grant Building, this land was home to an Episcopal church that was destroyed by the fires lit by General Sherman's troops when they captured the city in 1864. A two-story commercial structure arose on the property after the fire, which the Grant Building replaced. The Grant Building was constructed in a decade that saw the construction of numerous multi-story structures. These buildings replaced smaller offices as well as private homes and churches that had previously dotted the downtown area. This period also saw the downtown spread north of the older business district that was centered in what is now the south downtown neighborhoods of Atlanta. By the turn of the century, Atlanta enjoyed a genuine metropolitan appearance and functioned as a legitimate commercial center.

Despite ties to modern architecture, the building's namesake also reflects nineteenth-century Southern U.S. history. W.D. Grant II was born in the late 1830s, the son of a prominent North Georgian, John T. Grant, who owned a plantation. John Grant's fortune came as a result of his work as an engineer and businessman after he founded a successful company that was involved in the construction of railroad lines. W.D. Grant studied law in school before joining the Confederate Army like his father. John where he attained the rank of colonel while his son W. D. became a captain. Thanks to generational wealth and connections, W.D. Grant established a business in Atlanta and became one of the city's first millionaires. Due to his role in contracts and finance, W. D. Grant attained a fortune that could have been as much as $6 million by the 1880s.

Grant's prominence allowed him to hold the office of Exposition Vice President during the Atlanta Exposition of 1895. Grant's early wealth also allowed him to invest heavily in the city and finance several ambitious construction projects. Among these was the completion of the W.D. Grant Building, opening its doors three years before Grant died in 1901. The Prudential Life Insurance Company provided a loan to Grant to help finance the building leading to the building being known by the name of that company until 1910. The company occupied part of the building for its first few years. After the company moved locations, the building became known as the W.D. Grant Building in honor of the late Atlanta businessman. Today, the building stands as a reminder of those who rebuilt the city in the decades that followed the Civil War, and as a harbinger of a downtown marked by skyscrapers and commercial activity.