A prominent educator and Methodist preacher in Western Virginia, Gordon Battelle served as the Ohio County delegate to the state's Constitutional Convention in Wheeling in 1861. At the convention, Battelle proved a powerful advocate for public education and managed to secure a constitutional amendment for public-funded schooling. More controversially, Battelle called for the gradual emancipation of slavery in the state. Although his proposal was rejected, slavery came to an end via statehood and the 13th Amendment. Enlisting as a chaplain in the First (West) Virginia Infantry, Battelle died of typhoid fever in 1862. In 2016, a historic wayside marker was placed to commemorate Battelle's place in West Virginia history. 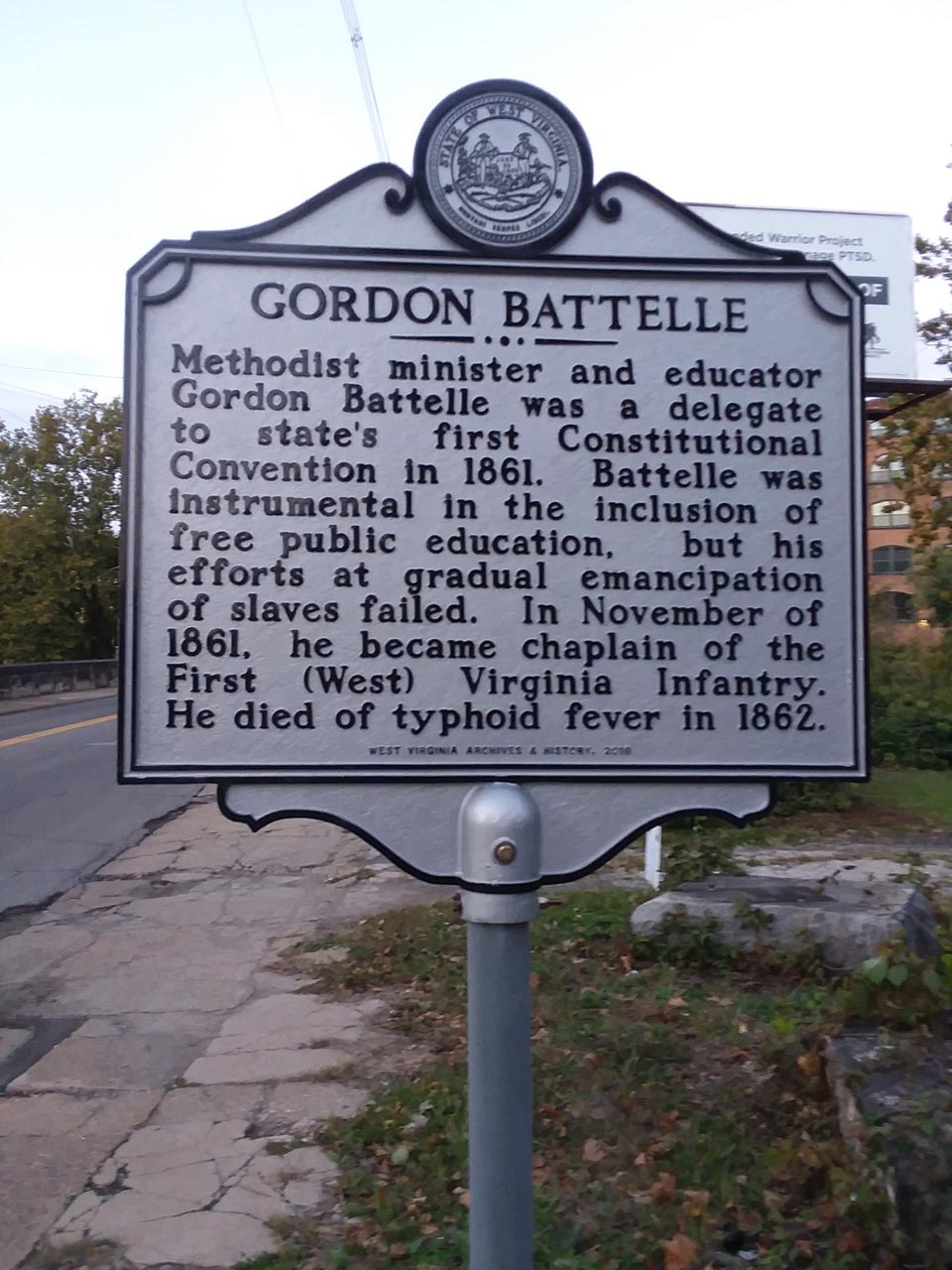 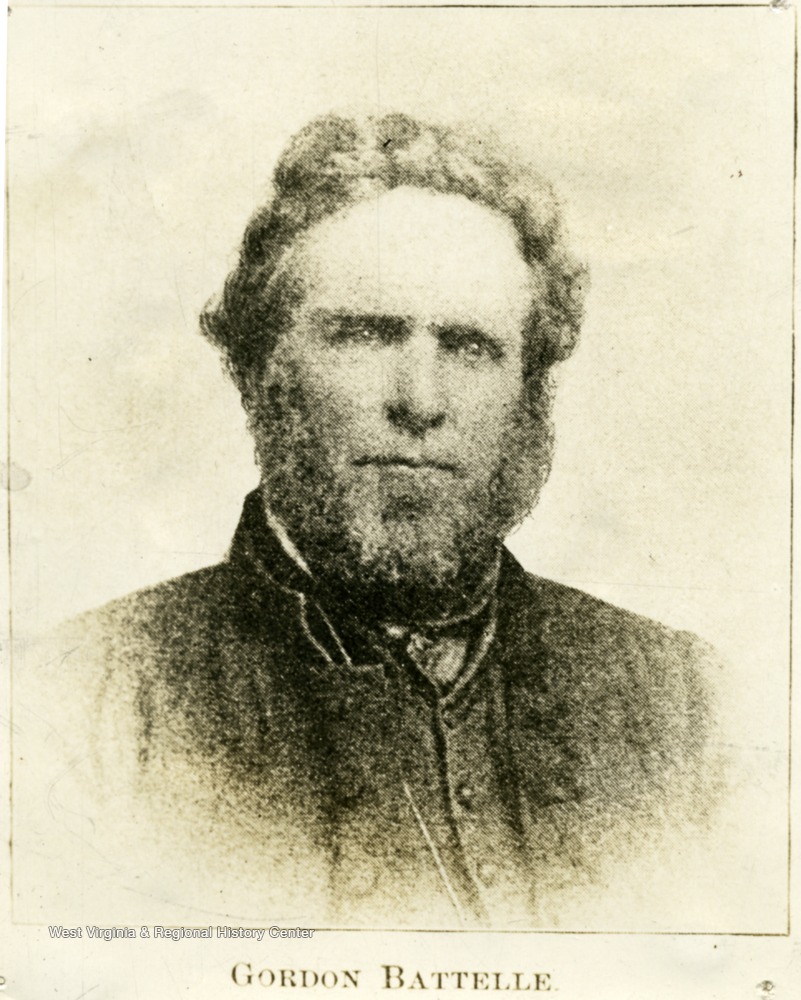 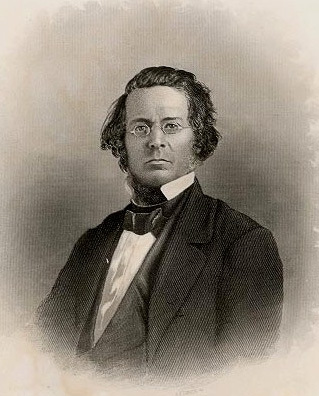 Gordon Battelle was born in Ohio in 1814. He attended college at Marietta Collegiate Institute (now Marietta College) in Ohio and Allegheny College in Pennsylvania. Pursuing a career in education, Battelle taught first at Asbury Academy in Parkersburg then at the Northwestern Virginia Academy in Clarksburg. A religious man, Battelle became a Methodist minster in 1847. In the 1850s, he left teaching and served as a pastor to Methodist congregations in Charleston, Clarksburg, and Wheeling.

More than just religious leaders, however, Methodist preachers like Battelle wielded considerable moral and political influence in western Virginia. Battelle opposed slavery at a time when the Methodist Episcopal Church itself was fracturing over the issue. When the Civil War came in 1861, Battelle remained loyal to the United States, as did many western Virginians, and he supported the creation of the new state of West Virginia. Battelle's stature as an educator and religious leader led to his selection as the Ohio County delegate to the First Constitutional Convention in Wheeling during 1861-1862.

Battelle's anti-slavery views proved more controversial during the convention. Battelle proposed a ban on the importation of slaves in West Virginia and a plan for gradual emancipation. The diverse convention membership declined both proposals, although they did agree to bar the entry of any African-Americans, slave or free, into the state. Although Battelle's proposals fell short during the Constitutional Convention, they were realized in West Virginia's statehood. Congress required the abolition of slavery to accept West Virginia's entry into the Union, and Waitman T. Willey's amendment to the West Virginia Statehood Bill freed all slaves upon reaching the age of 21 who were born prior to July 4, 1863 (the 13th Amendment later abolished all slavery, regardless of age, in 1865).

Beyond Battelle's political contributions to West Virginia statehood and emancipation, he also served with Union forces in the field. He enlisted as Chaplain in the First Virginia Infantry (later the First West Virginia Infantry) in the United States army. Battelle feel ill with typhoid fever and passed away on August 7, 1862 in Washington, D.C. The prominent Wheeling newspaper the Daily Intelligencer mourned his passing. "He was devoted heart and soul to the interests of Western Virginia, and she has lost in him perhaps the ablest and most earnest friend she had."

In 2016, as part of an effort to commemorate the Civil War and West Virginia sesquicentennial, West Virginia placed a historic marker in downtown Wheeling in honor of Gordon Battelle's contribution to the state and its people.