Built in 1853-1854 for use as a theater, warehouse, and office space, it was the largest building in Wheeling at the time. During the Civil War, it became a Union military prison, mostly for transitory holding of POWs and Southern sympathizers, earning the foreboding moniker of "Lincoln's Bastille." A prison until 1865, it was destroyed by fire in 1868. 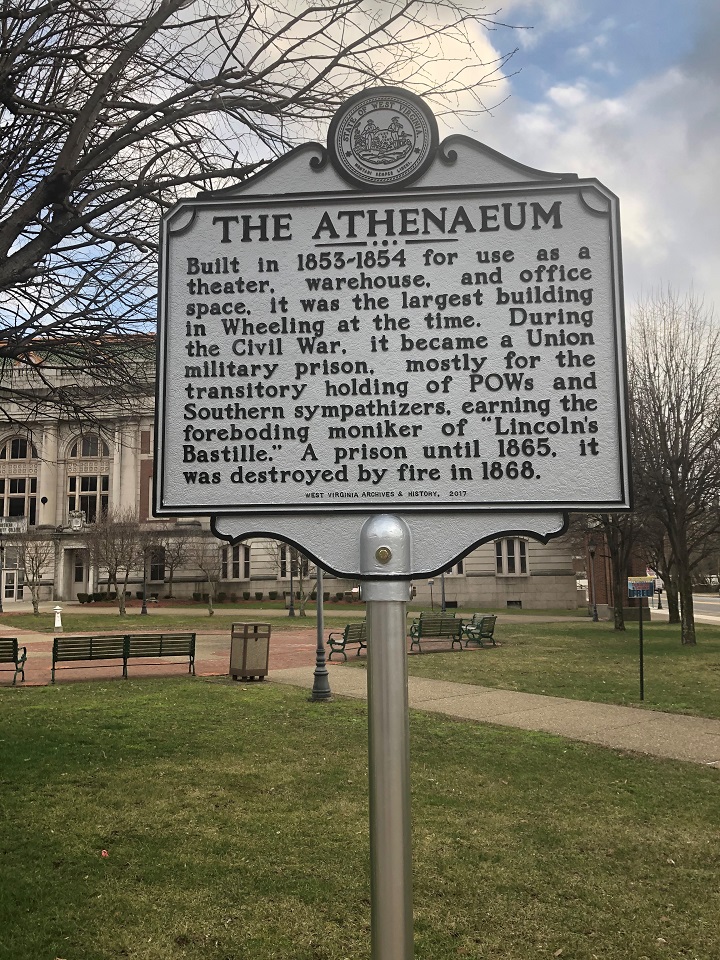