During the Civil War, West Virginia Home Guard and Confederate partisans clashed regularly in the Kanawha Valley. On August 1, 1864, Confederates belonging to Thurmond's Rangers fought two companies of Union Home Guard around a small fort built by Capt. James R. Ramsey near Kessler's Cross Lanes. The Rebels managed to capture 15 men and burn Ramsey's Fort, but they were ultimately driven off by the Union scouts and retreated into nearby Fayette County. In 2016, West Virginia placed a roadside historical marker to commemorate the fight for Ramsey's Fort. 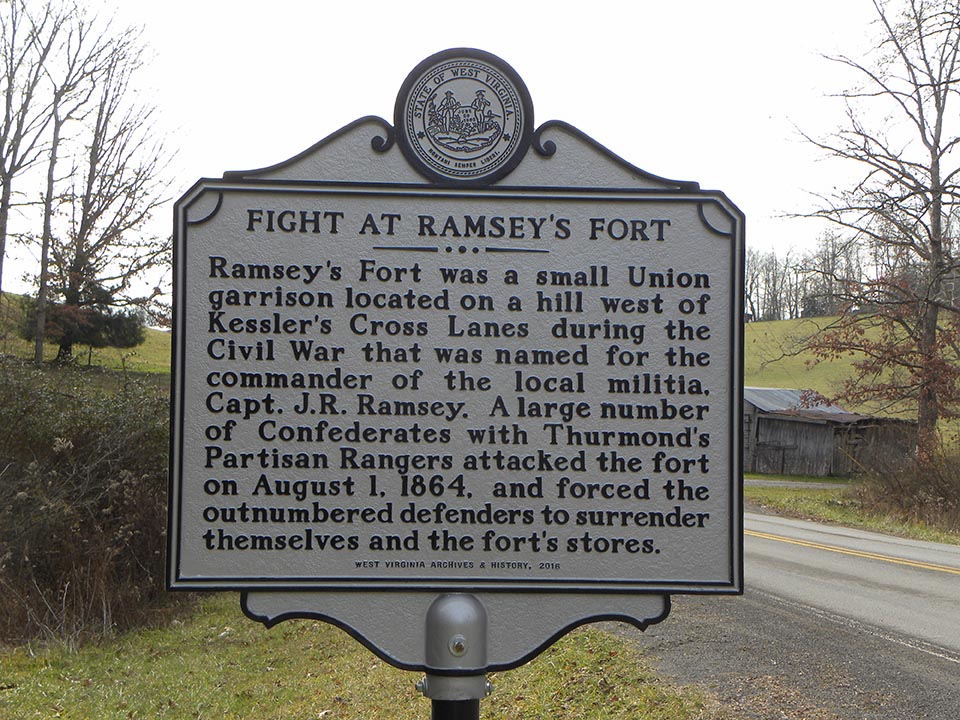 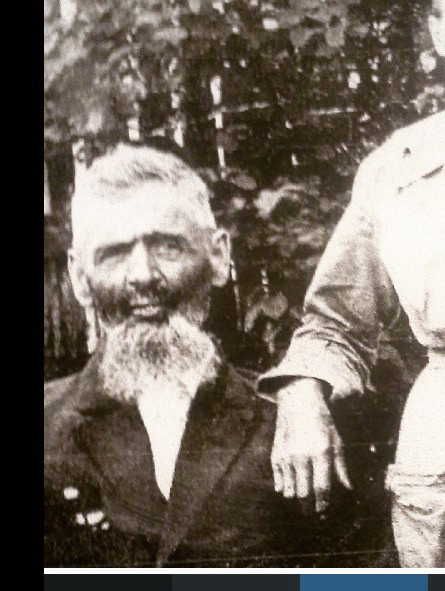 During the American Civil War, West Virginia was plagued by guerrilla violence and banditry. Despite its status as a new state within the United States, many residents of West Virginia remained Confederate sympathizers and supporters. To battle Confederate guerrillas, thieves, deserters, and others who took advantage of wartime vulnerabilities, the West Virginia state government employed companies of Home Guard (often referred to as "Scouts") organized by county. In Nicholas County, two companies of independent scouts were raised, commanded by Capt. James R. Ramsey and Capt. Isaac Brown. Near Kessler's Cross Lanes, Captain Ramsey's company built a small fortification which could serve as a hub for their activities.

On the morning of August 1, 1864, troopers from Thurmond's Partisan Rangers approached Captain Ramsey's post. Thurmond's Rangers were commanded by brothers William and Philip Thurmond, and they were raised in 1862 for Confederate service in neighboring Fayette, Greenbrier, and Monroe counties. The Rebels had chosen an opportune time to attack Ramsey's Fort. Captain Ramsey was absent with 15 men scouting the countryside. In a short engagement, the Rebel raiders managed to capture 15 Home Guard and destroyed the Union fortification.

The Confederates' activities did not go unnoticed. Word quickly reached Captain Isaac Brown's company of the attack. Unsure of the enemy's size, Brown sent word to U.S. forces posted at Gauley Bridge for help then took off towards Ramsey's post. Brown encountered a dozen enemy troopers and skirmished with them, killing one. Having routed one Confederate squad, he quickly discovered another heading towards the home of a prominent local Unionist J.R. McCutchen. Finding the Rebels sacking McCutchen's home, "we ran in while they was searching his house firing upon them." The firefight attracted another 40 Confederate troopers to the area, and for two hours a sharp skirmish ensued before they Rebels finally retreated towards their own camp. During this time, Captain Ramsey and his squad arrived in support. "[D]iscovering more than they [the Confederates] expected to encounter around and in the vicinity of their camp they gathered up and left," retreating across Gauley River into Fayette County with their prisoners.

In the wake of the attack, Captain Ramsey appealed to the government for supplies and Capt. Brown requested he be allowed to extend his company's size from 30 to 50 men, "as they are much needed." Though a relatively minor affair, the series of skirmishes around Ramsey's Fort embody the continual fighting that beset the Kanawha Valley, as West Virginians fought each other for the future of their state and nation.