George Washington's Speech to the Officers of the Continental Army, March 15, 1783

Following the victory at Yorktown, and the Treaty of Paris, which had guaranteed American Independence; Congress had decided that the history of issues with a standing army and the war for independence over, the Continental Army had served its purpose and was no longer needed. In 1780, Congress passed legislation that promised to pay the men who served a pension over time, however, after receiving work that the government did not have the money to pay the pensions, the men called for a meeting and threatened mutiny against Congress. 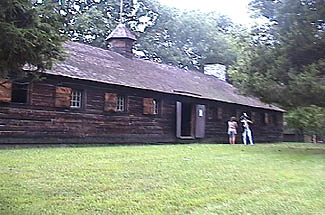 Inside Temple of Virtue 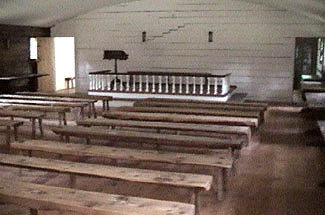 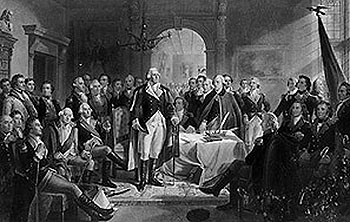 After the victory in Yorktown, and the Revolution was over, Congress decided that the Continental Army was no longer needed and retained old fears of a standing army and its potential rebellion against congressional order. However, many nationalist and members of Congress wished to strengthen the central government, and saw the need to establish a permanent military in order to defend the new nation from foreign and domestic enemies.

Along with debate over a standing army, Congress had also passed legislation that promised officers a pension for their services. With many officers waiting to be paid and fear that there was a lack of government funding, General Alexander McDougall petitioned Congress on behalf of the Continental Army to be paid in one lump sum before the officers were discharged. When Congress refused their petition, news started spreading of a meeting and munity against Congress.

When George Washington heard of the meeting, he called for a preemptive meeting to settle their fears and try to reason with the officers and appeal to their senses. Though Washington sympathized with their frustrations, he did not agree nor support their tactics. Washington held the meeting in a church Newburgh, New York, now known as "The Temple of Virtue". From his pocket he pulled out a peace of paper and read to the men the following statement:

"Gentlemen:
By an anonymous summons, an attempt has been made to convene you together; how inconsistent with the rules of propriety, how unmilitary, and how subversive of all order and discipline, let the good sense of the army decide...

Thus much, gentlemen, I have thought it incumbent on me to observe to you, to show upon what principles I opposed the irregular and hasty meeting which was proposed to have been held on Tuesday last - and not because I wanted a disposition to give you every opportunity consistent with your own honor, and the dignity of the army, to make known your grievances. If my conduct heretofore has not evinced to you that I have been a faithful friend to the army, my declaration of it at this time would be equally unavailing and improper. But as I was among the first who embarked in the cause of our common country. As I have never left your side one moment, but when called from you on public duty. As I have been the constant companion and witness of your distresses, and not among the last to feel and acknowledge your merits. As I have ever considered my own military reputation as inseparably connected with that of the army. As my heart has ever expanded with joy, when I have heard its praises, and my indignation has arisen, when the mouth of detraction has been opened against it, it can scarcely be supposed, at this late stage of the war, that I am indifferent to its interests.

But how are they to be promoted? The way is plain, says the anonymous addresser. If war continues, remove into the unsettled country, there establish yourselves, and leave an ungrateful country to defend itself. But who are they to defend? Our wives, our children, our farms, and other property which we leave behind us. Or, in this state of hostile separation, are we to take the two first (the latter cannot be removed) to perish in a wilderness, with hunger, cold, and nakedness? If peace takes place, never sheathe your swords, says he, until you have obtained full and ample justice; this dreadful alternative, of either deserting our country in the extremest hour of her distress or turning our arms against it (which is the apparent object, unless Congress can be compelled into instant compliance), has something so shocking in it that humanity revolts at the idea. My God! What can this writer have in view, by recommending such measures? Can he be a friend to the army? Can he be a friend to this country? Rather, is he not an insidious foe? Some emissary, perhaps, from New York, plotting the ruin of both, by sowing the seeds of discord and separation between the civil and military powers of the continent? And what a compliment does he pay to our understandings when he recommends measures in either alternative, impracticable in their nature?

I cannot, in justice to my own belief, and what I have great reason to conceive is the intention of Congress, conclude this address, without giving it as my decided opinion, that that honorable body entertain exalted sentiments of the services of the army; and, from a full conviction of its merits and sufferings, will do it complete justice. That their endeavors to discover and establish funds for this purpose have been unwearied, and will not cease till they have succeeded, I have not a doubt. But, like all other large bodies, where there is a variety of different interests to reconcile, their deliberations are slow. Why, then, should we distrust them? And, in consequence of that distrust, adopt measures which may cast a shade over that glory which has been so justly acquired; and tarnish the reputation of an army which is celebrated through all Europe, for its fortitude and patriotism? And for what is this done? To bring the object we seek nearer? No! most certainly, in my opinion, it will cast it at a greater distance.

For myself (and I take no merit in giving the assurance, being induced to it from principles of gratitude, veracity, and justice), a grateful sense of the confidence you have ever placed in me, a recollection of the cheerful assistance and prompt obedience I have experienced from you, under every vicissitude of fortune, and the sincere affection I feel for an army I have so long had the honor to command will oblige me to declare, in this public and solemn manner, that, in the attainment of complete justice for all your toils and dangers, and in the gratification of every wish, so far as may be done consistently with the great duty I owe my country and those powers we are bound to respect, you may freely command my services to the utmost of my abilities.

While I give you these assurances, and pledge myself in the most unequivocal manner to exert whatever ability I am possessed of in your favor, let me entreat you, gentlemen, on your part, not to take any measures which, viewed in the calm light of reason, will lessen the dignity and sully the glory you have hitherto maintained; let me request you to rely on the plighted faith of your country, and place a full confidence in the purity of the intentions of Congress; that, previous to your dissolution as an army, they will cause all your accounts to be fairly liquidated, as directed in their resolutions, which were published to you two days ago, and that they will adopt the most effectual measures in their power to render ample justice to you, for your faithful and meritorious services. And let me conjure you, in the name of our common country, as you value your own sacred honor, as you respect the rights of humanity, and as you regard the military and national character of America, to express your utmost horror and detestation of the man who wishes, under any specious pretenses, to overturn the liberties of our country, and who wickedly attempts to open the floodgates of civil discord and deluge our rising empire in blood.

By thus determining and thus acting, you will pursue the plain and direct road to the attainment of your wishes. You will defeat the insidious designs of our enemies, who are compelled to resort from open force to secret artifice. You will give one more distinguished proof of unexampled patriotism and patient virtue, rising superior to the pressure of the most complicated sufferings. And you will, by the dignity of your conduct, afford occasion for posterity to say, when speaking of the glorious example you have exhibited to mankind, "Had this day been wanting, the world had never seen the last stage of perfection to which human nature is capable of attaining."