Born in Monongalia County in 1827, he was a delegate to the First and Second Wheeling Conventions and a member of the Restored Government of Virginia. Appointed colonel of the 7th WV Infantry in 1862, he was wounded at Fredericksburg. In late 1863, he was given command of the 4th WV Cavalry. He served several terms in the legislature after the war. Snider died January 8, 1904. 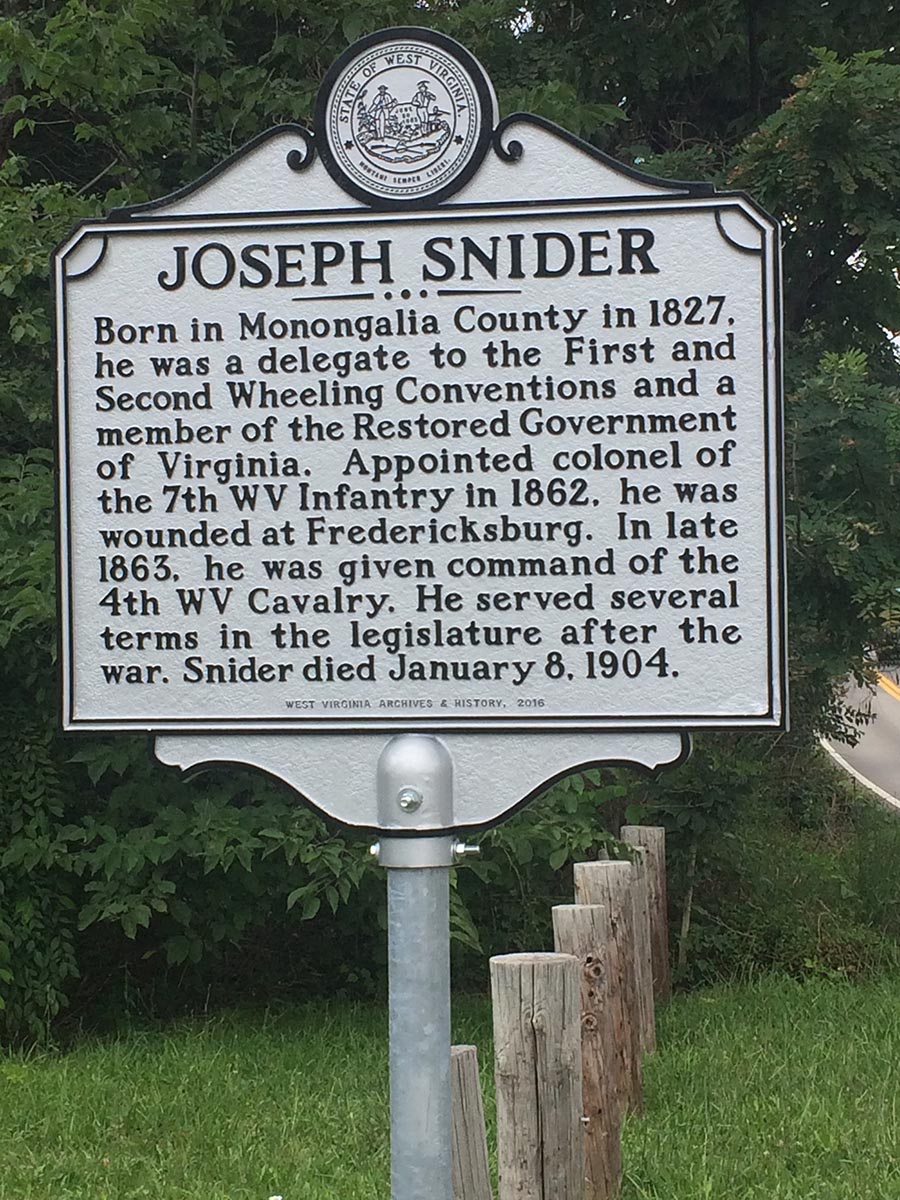 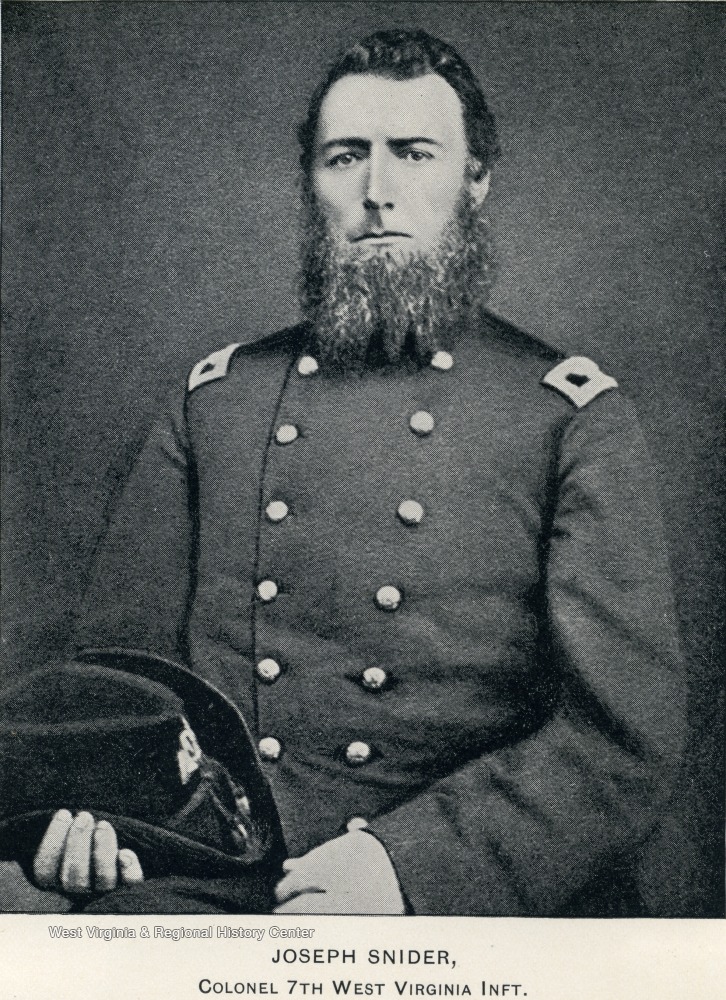