Capture of New Creek On November 28, 1864, Confederates under Gen. Thomas Rosser rode to New Creek, where a sizeable Union force commanded by Col. George R. Latham occupied Fort Fuller. With several of the Confederates wearing enemy uniforms, the attack was a complete surprise. More than 700 Union soldiers were captured, along with horses and artillery. A vast amount of supplies was destroyed. Fort Fuller Built in 1862 as a Union Defensive fortification to guard the railroad and New Creek, it was threatened on August 4, 1864, when Confederate Gen. John McCausland's cavalry rode on town. Fighting with Union troops began on outskirts and Confederates under Gen. Bradley Johnson advanced up the hill toward Fort Fuller. The strong Union position and arrival of reinforcements ended the attack. 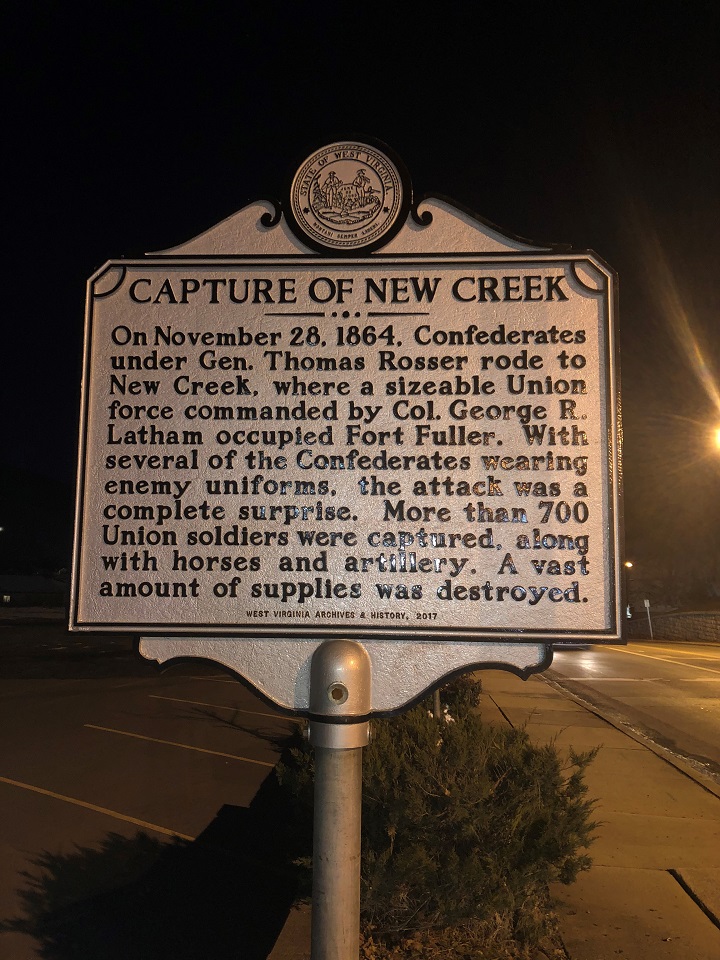 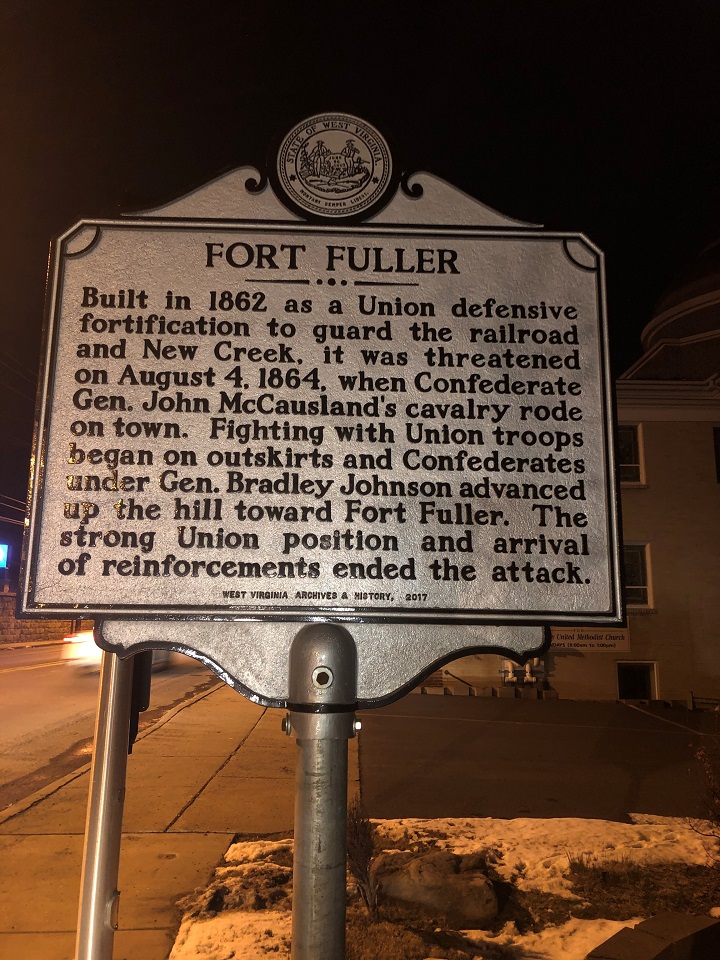 During the Civil War, the United States most vital east-west connection was the Baltimore and Ohio Railroad. This vital artery provided for a near constant flow of men and material between the Midwest and Atlantic states. Yet the B&O traveled right along the border between the United States and the Confederacy, with 188 miles located in northern and northwestern Virginia. Federal forces kept guard over much of the B&O throughout the war. Positioned along the North Branch of the Potomac River and the B&O line, the small village of New Creek (now Keyser, WV) in Virginia served as a critical supply depot and boasted significant fortifications throughout most of the Civil War.

New Creek was occupied in early in the Civil War, and the construction of fortifications began as early as August-September 1861. Cavalry troopers of the Ringgold Cavalry Company (later 22nd Pennsylvania Cavalry) "broke the first sod for the earthworks and the fort, which was built here afterward." [3] The town's major fortification, initially known as Fort Fuller and later as Fort Kelley, was completed by late 1862. As one soldier reported in December 1862, "Fort Fuller, situated on a hill and in sight of our camp, is rapidly going forward to completion. It will be exceedingly strong when finished and will command this entire valley." [1] The fort was built of wooden walls which were covered with sloped earth (which helped to deflect artillery rounds).

Confederates threatened or overran New Creek repeatedly throughout the war. Two of the most serious attacks on the post occurred in 1864. On August 4, after raiding north into Pennsylvania and burning the town of Chambersburg, Confederate raiders under Generals John McCausland approached New Creek. The Rebels hoped they could damage the B&O Railroad.