A native of Utica, New York, Kellian Van Rensselaer Whaley was a Union officer during the Civil War and represented West Virginia in the U.S. House of Representatives from 1864 to 1868. Following the Confederate raid on Guyandotte in November 1861, he was taken prisoner. While being forcibly marched to Richmond, Whaley managed to escape. In 1868, as a reward for his loyalty and service to both the country and the Republican Party, he received an appointment as the customs collector of Brazos de Santiago, Texas. On May 20, 1876, Whaley died in Point Pleasant, West Virginia. He is buried in Lone Oak Cemetery in Point Pleasant. 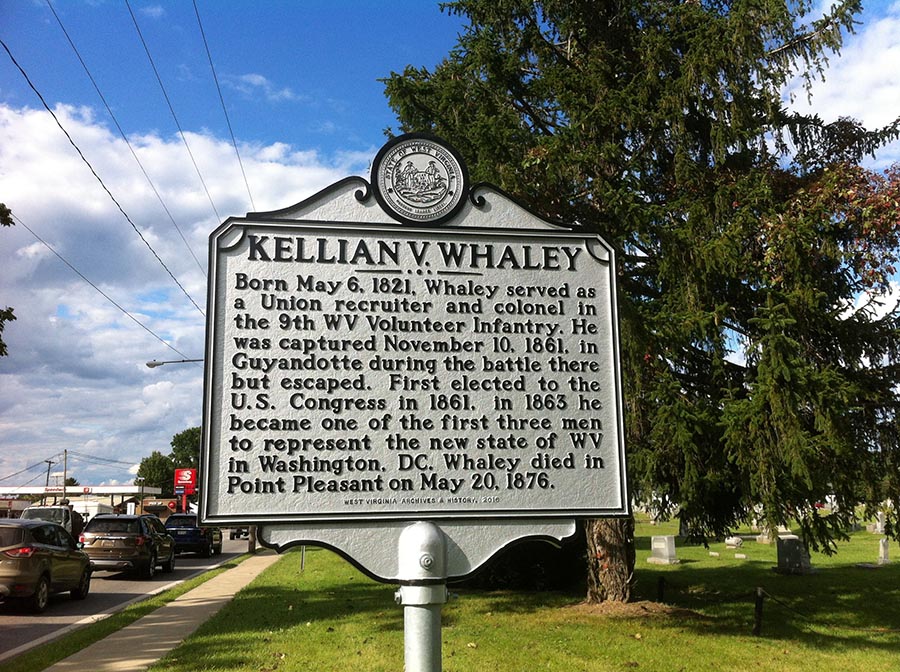 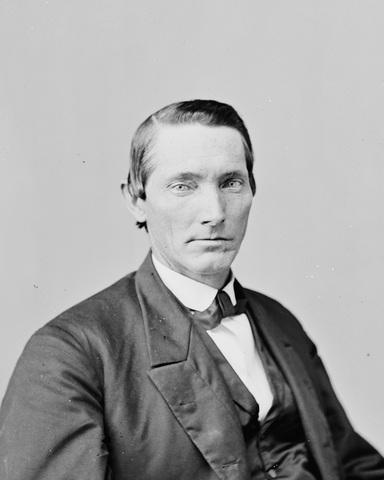 Kellian Van Rensselaer Whaley was born on May 6, 1821 in Utica, Onondaga County, New York. While still a boy, his family moved to Ohio. While living there, a young Whaley attended public schools. In 1842, his family moved once again, this time to newly-formed Wayne County, Virginia (now West Virginia). Once an adult, Whaley founded employment in the lumber industry.

By the 1860 presidential election, Whaley became interested in politics and had developed strong unionist sentiments. Shortly after Virginia voted to secede from the Union in April 1861, pro-Union residents of the Eleventh Congressional District elected him to serve in the U.S. House of Representatives. Whaley, along with four other unionist Virginia congressmen, represented the Restored (or Reorganized) Government of Virginia in the Thirty-Seventh Congress (1861-1863). With the onset of hostilities, Francis H. Pierpont, Governor of Restored (or Reorganized) Virginia, charged the congressman with overseeing Union recruiting efforts in his district. Whaley, himself, volunteered to serve and received a commission as an officer.

In early November 1861, Whaley was stationed at a Union recruiting camp for the Ninth Virginia Infantry at Guyandotte (now a neighborhood of Huntington, West Virginia). On the tenth, a Confederate cavalry unit numbering more than 700 men under the command of Colonel John Clarkson launched a surprise attack on the Union encampment. Outnumbered seven to one, Whaley and the raw federal recruits put up a fight, but eventually surrendered and were taken prisoner. The following day, Confederate forces began transporting Whaley, the federal recruits, and some unionist townspeople to Richmond. Sixty miles into the forced march, he managed to escape and made his way to Catlettsburg, Kentucky.

While Clarkson’s Confederate cavalry forcibly marched the federal prisoners to Richmond, a Union force composed of a detachment of the Fifth Virginia and some Ohio Home Guard units arrived in the town from Ceredo. Due to Guyandotte’s reputation as a center of secessionist sentiment and rumors swirling that the townspeople actually helped to plot the Confederate attack, the federal troops set fire to most of the town. In subsequent days, the northern press and pro-Union periodicals in the Border States applauded the town’s destruction. Commenting on the burning of Guyandotte by federal troops, the Wheeling Daily Intelligencer declared that the town “ought to have been burned two or three years ago.” (1)

Upon returning safely to western Virginia, Whaley resumed his political career. He served the remainder of his term and then ran successfully to represent the newly-formed state of West Virginia in the U.S. House of Representatives in 1863 and 1865. In 1864, Whaley served as a delegate to the Republican convention in Baltimore.

After serving three terms in the U.S. House of Representatives, Whaley’s time in Washington, D.C. came to an end. In 1868, as a reward for his loyalty and service to both the country and the Republican Party, he received an appointment as the customs collector of Brazos de Santiago, Texas. On May 20, 1876, Whaley died in Point Pleasant, West Virginia. He is buried in Lone Oak Cemetery in Point Pleasant.

In 2016, as part of its Civil War sesquicentennial project, the West Virginia Highway Historical Marker Program of the West Virginia Archives and History installed a marker dedicated to Kellian V. Whaley. It stands along Jackson Avenue (WV Route 62) in Point Pleasant.