A native of Ohio and a Civil War veteran, William H. Davis (1848-1938) was a noted African American educator who championed the cause of African American education in the greater Charleston area for nearly fifty years. While teaching in the home of Reverend Lewis Rice in Tinkersville (present-day Malden) in the late 1860s, Davis’ most famous student was a young Booker T. Washington (1856-1915). 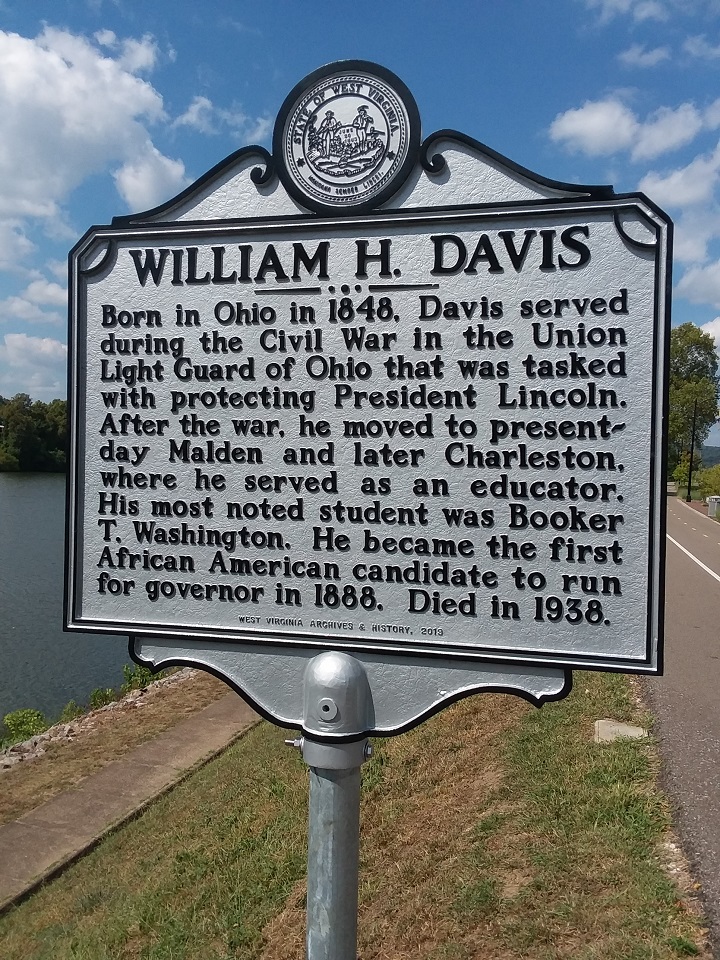 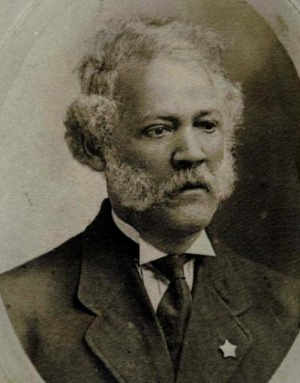 William H. Davis was born in Columbus, Ohio in 1848. He spent his formative years there and in Chillicothe. Davis attended public schools until the age of fifteen, when he volunteered for military service during the Civil War. He served in the Seventh Independent Company of Ohio Volunteer Cavalry, known as the Union Light Guard, which acted primarily as President Abraham Lincoln’s bodyguard. The unit camped at the rear of the White House and, in addition to providing protection for the president, helped to safeguard federal buildings throughout the city. In late June 1865, Davis received an honorable discharge due to a case of mastoiditis, a bacterial infection of the inner and middle ear. He never entirely rid himself of the ailment, which caused him severe pain for the rest of his life and resulted in partial deafness in one ear.

After being released from military service, he returned to Columbus, but then shortly thereafter moved to Cincinnati, where he worked briefly on a steamer that ran between Gallipolis, Ohio and Brownstown, West Virginia. In the fall of 1865, Davis settled in Tinkersville, West Virginia (present-day Malden), just outside of Charleston. There, he accepted a teaching position in a school for newly-freed African Americans in the home of Reverend Lewis Rice of African Zion Baptist Church. In West Virginia during the early years of Reconstruction, Black schools sprung up organically wherever the need for them existed, particularly in and around major African American population centers, such as the Kanawha Valley. These early Black schools, however, received neither state nor local funding and many were located in churches and private residences. Some educated both children and adults. Davis’ most famous student while teaching in the home of Reverend Lewis Rice in Tinkersville was a young Booker T. Washington (1856-1915), who himself would become an educator. Less than a year before his death in 1938, Davis was the guest of honor at the Booker T. Washington anniversary celebration at the Tuskegee Institute, which Washington helped to establish in 1881.

While living and teaching in Tinkersville, Davis married Nellie A. Lewis of Charleston. The marriage would eventually produce four daughters. Despite moving to Charleston shortly after marrying, Davis continued to teach in Tinkersville, walking nearly thirteen miles round-trip each day.

In 1870, after teaching in Tinkersville for roughly half a decade, Davis became principal of Black schools in Charleston. He served in the position for twenty-four years. In 1888, the Colored Independent Party nominated Davis as its candidate in that year’s gubernatorial race, making him the first African American to run for governor in the state’s history. After nearly fifty years as an educator, Davis retired in 1913. He died in 1938 in Charleston at the age of eighty-nine. His remains are buried in Spring Hill Cemetery.

In 2019, as part of its Civil War sesquicentennial project, the West Virginia Highway Historical Marker Program of the West Virginia Archives and History installed a marker dedicated to William H. Davis. It stands in front of Mary C. Snow West Side Elementary School on Kanawha Boulevard West in Charleston.