This large historic home is noteworthy for its architecture and connection with the man for whom it is named, Roland Hartley (1864-1952), who served two terms as governor from 1925-1933. In terms of architecture, the house, which was erected in 1910, is one of the best examples of Neoclassical architecture in Everett. Notable features include a two-story portico with Corinthian and Ionic columns, and porches on the first and second floors. Inside, the house features decorative woodwork, a brick fireplace, and a central hallway and stairwell. As for Hartley, he rose to prominence in the lumber industry and also served one term as mayor Everett between 1910-1912 and one term in the state House of Representative between 1915-1916. A republican, Hartley was the first Washington governor elected to two terms. His primary achievements as governor were establishing the state highway department and passing new timber laws.

The house features a two-story porch with Corinthian and Ionic columsn. 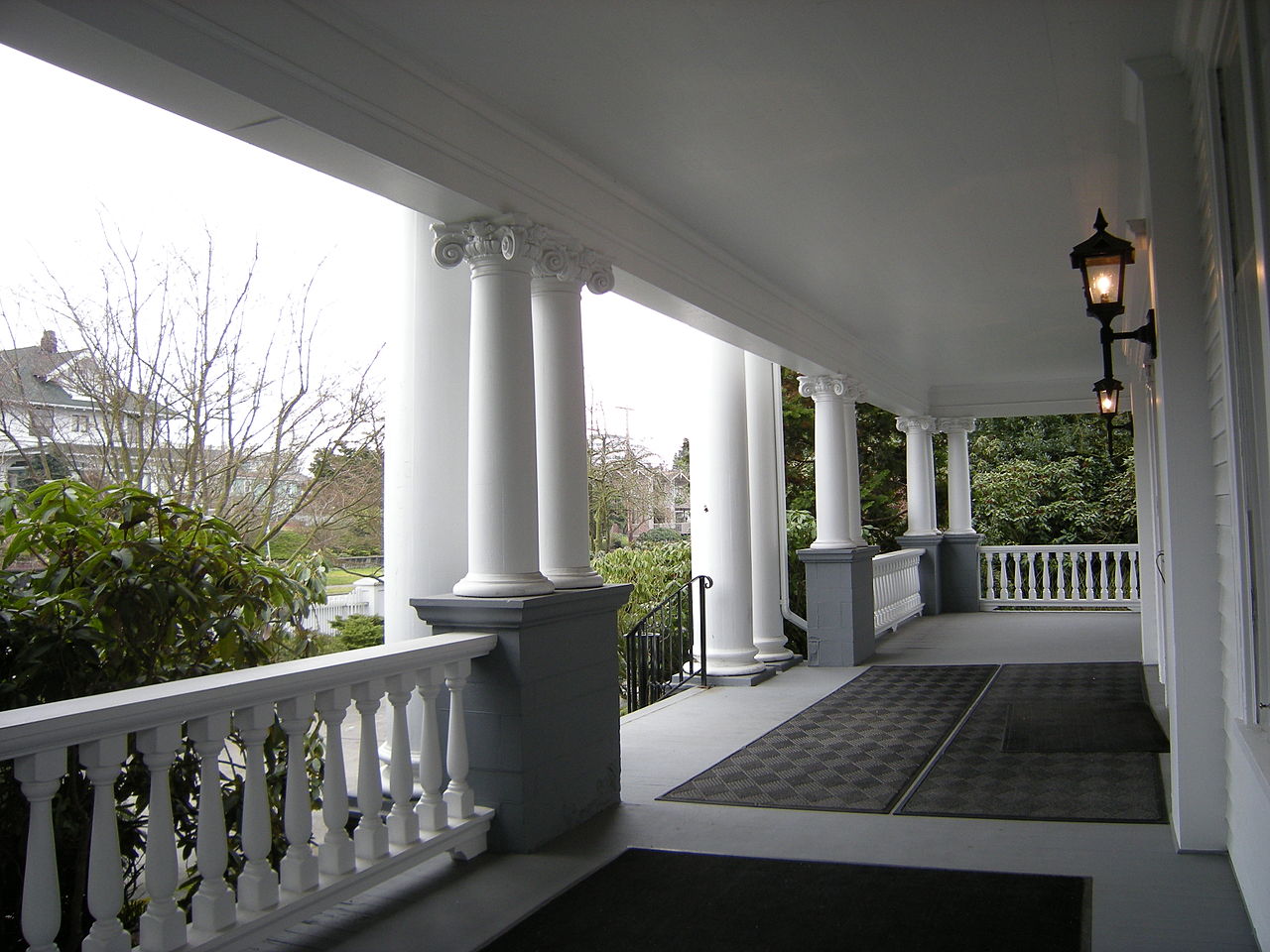 The Roland Hartley House is a well-preserved historic home designed in the Classical Revival style. It was the home of two-term Governor Roland Hartley. 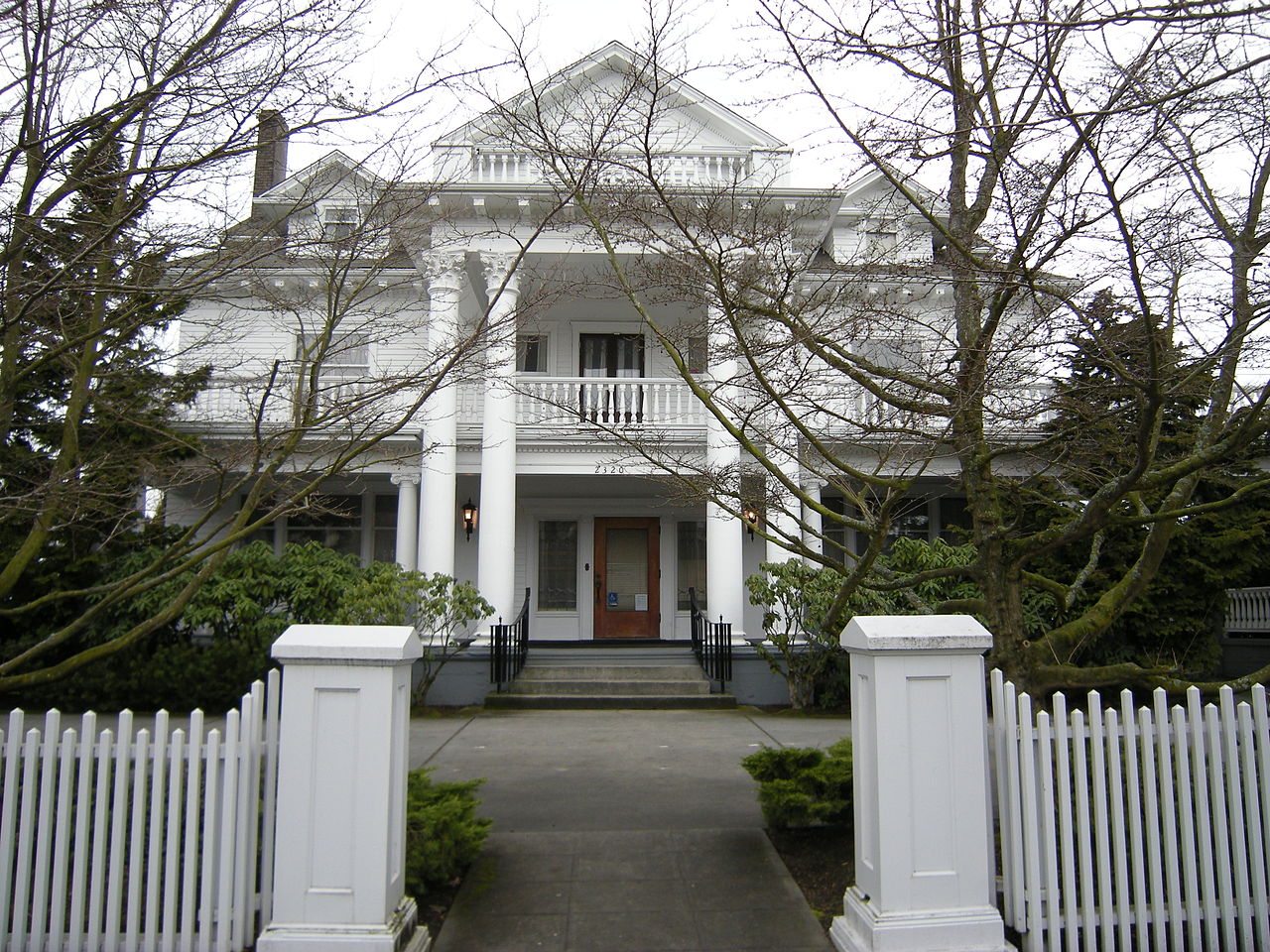 Roland Hartley was born on a farm in New Brunswick, Canada on June 26, 1864. His father was also a Baptist minister and lumberjack. When he was 13, he and two younger brothers went to northern Minnesota to work as lumberjacks (Hartley also worked as a cook). Sadly, Mr. Hartley died in 1879 and the rest of the family moved to Brainerd, Minnesota. During the summers as a teenager, Hartley worked as a farmhand in what was then the Dakota Territory. Then as a young adult, he became a clerk in a hotel, the personal secretary to the Brainerd mayor, and then in 1885 he was hired to be the bookkeeper for the Clough Brothers Lumber Company.

This would prove to be a fortuitous development in his life as he met and, in 1888, married Nina Clough, the daughter of state senator David Marston Clough. After Clough became governor in 1895, he appointed Hartley as his personal secretary in 1897. That year, Clough named him Colonel in the Minnesota National Guard and Hartley saw action in the Chippewa Uprising. Later during World War I, Hartley enlisted as a private in the Guard and rose to the rank of corporal in the 3rd Infantry and then captain in the 20th Engineers.

By 1900, Hartley appears to have become vice president of Clough Brothers. That year, David Clough traveled to Everett to establish milling operations there. Hartley and his family made the move in 1902. He and Clough quickly established themselves as major players in the logging industry by investing in and establishing a number of lumber operations.

In 1909, Hartley, who was immensely wealthy by this point, decided to run for mayor. Instead of running again, he ran for the state legislature in 1914 and won, serving one term from 1915-1916. He tried to run for governor in 1916 and 1920 but failed both times. He succeeded in 1925. During his two terms as governor, he often clashed against the legislature. Known for blunt, "straight-talk" language, Hartley was against government spending and advocated cutting fund for public education. He also opposed a child-labor bill. In the end, Hartley's belief that the government should spend as little as possible led to his downfall as the Great Depression took its toll on the community in the early 1930s. He lost his election bid for a third term and even tried again in 1936 but lost in the primary.

Hartley retired from politics and public life, apparently living a quiet life at home until he passed away in 1952 at the age of 88. The house appears to have been a private residence ever since.