Built around the year 1900, the Lucas Mansion is a Queen Anne style home enlarged and furnished by James Paul Lucas, otherwise known as "Diamond Jim." When Jim first bought the property, the home was only a one-story building. After 18 years of renovations, the formerly one-story building had grown into a three-story, 22-room mansion complete with electricity, an indoor water system, an intercom system, and telephone, all of which were modern luxuries that most homes did not have at the time. Lucas died in 1952, and his property was bought by Eileen and R.Y. Sharpe in 1981. Shortly after buying the property, the Sharpes, along with the help of a number of local artists and historians, converted the home into the Hiddenite Arts and Heritage Center, a hub for creativity, innovation, and artistic and cultural education. The Lucas Mansion was placed on the National Register of Historic Places in 1982.

The exterior of the mansion. 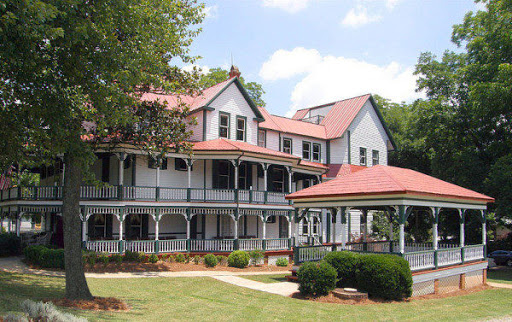 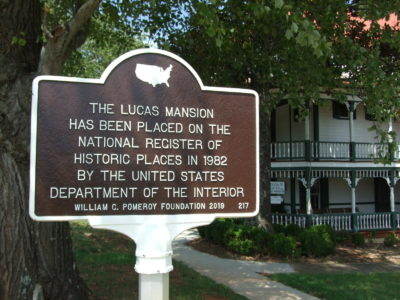 A picture of James Paul Lucas. 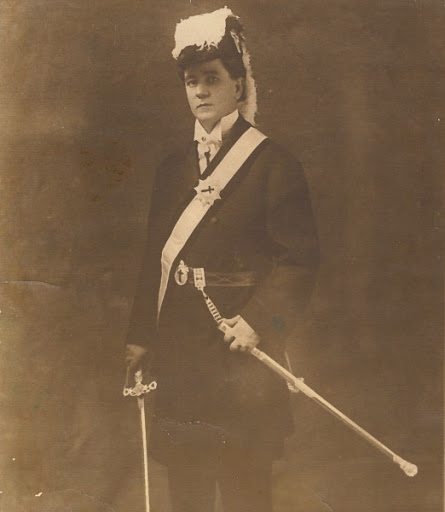 James Paul Lucas, also known as "Diamond Jim," made his fortune importing gems. He bought the building that would become the Lucas Mansion in the early 1900s, and spent much of his fortune enlarging and furnishing his home. The foundational structure of what is today the Lucas Mansion was originally a one-story home built in 1900. After Lucas bought the home, he enlarged the structure to a three-story, 22-room mansion over a period of 18 years, a series of renovations which lasted from 1910 to 1928. The three-story home is itself an engineering feat. First, the original house was moved in order for a new first floor to be constructed for the original house to be placed upon. Then, the second floor was created by horizontally cutting the house in half, raising the existing second story using car jacks, then inserting lumber until the desired height of the third story was reached. Ironically, this means that the second floor of the mansion is actually newer than the third. Lucas also provided the mansion with its own power generator for electricity, indoor water system, telephone, intercom system, and fire extinguisher system, which were all rare, modern conveniences ahead of their time in the early 1900s.

In 1929, shortly after finishing his renovations, Lucas retired from the gem business and moved into his spectacular home. He was an avid collector, and displayed a number of interesting items in his home, including a special clock collection, clothes worn by the American buffalo hunter and shown Buffalo Bill, large diamonds, and antique guns, among other things. Understandably given its contents, the house had extensive security for the time. The house was surrounded by fencing and greenery and had a locked gate. Lucas lived in the mansion until his death in 1952. In 1981, the property was bought by the founders of the Hiddenite Arts and Heritage Center, R.Y. Sharpe and the late Eileen Lackey Sharpe. The Lucas Mansion was placed on the National Register of Historic Places in 1982.

The Hiddenite Center was founded by Eileen and R.Y. Sharpe in 1981, shortly after they purchased the property. In May of 2015, it became the Hiddenite Arts and Heritage Center. The center prides itself on providing arts and cultural classes and inspiring creativity in its visitors. The Hiddenite Arts and Heritage Center also operates an Educational Complex down the street from the Lucas Mansion complete with a venue for performing arts events, classroom space, a pottery studio, and dormitory space for visiting artists.