The Woods Brothers Companies was formed in 1889 by Mark, George and Frank Woods. The real estate company was a major player ion the early development of many Lincoln neighborhoods. Woods Brothers had this building constructed by 1916 from their design. The Neo-classical style is evidenced by a number of architectural details. The ears of corn above the balcony are an homage to Nebraska. The building housed the brothers' company until 1939, and has been used for commercial purposes since then. The Woods Brothers Building was listed in the National Register of Historic Places in 1980. Today, Woods Bros Realty continues the tradition after 130 years in the Lincoln area, in other offices.

2012 photo of Woods Brothers Building, view from the northwest, by Ammodramus 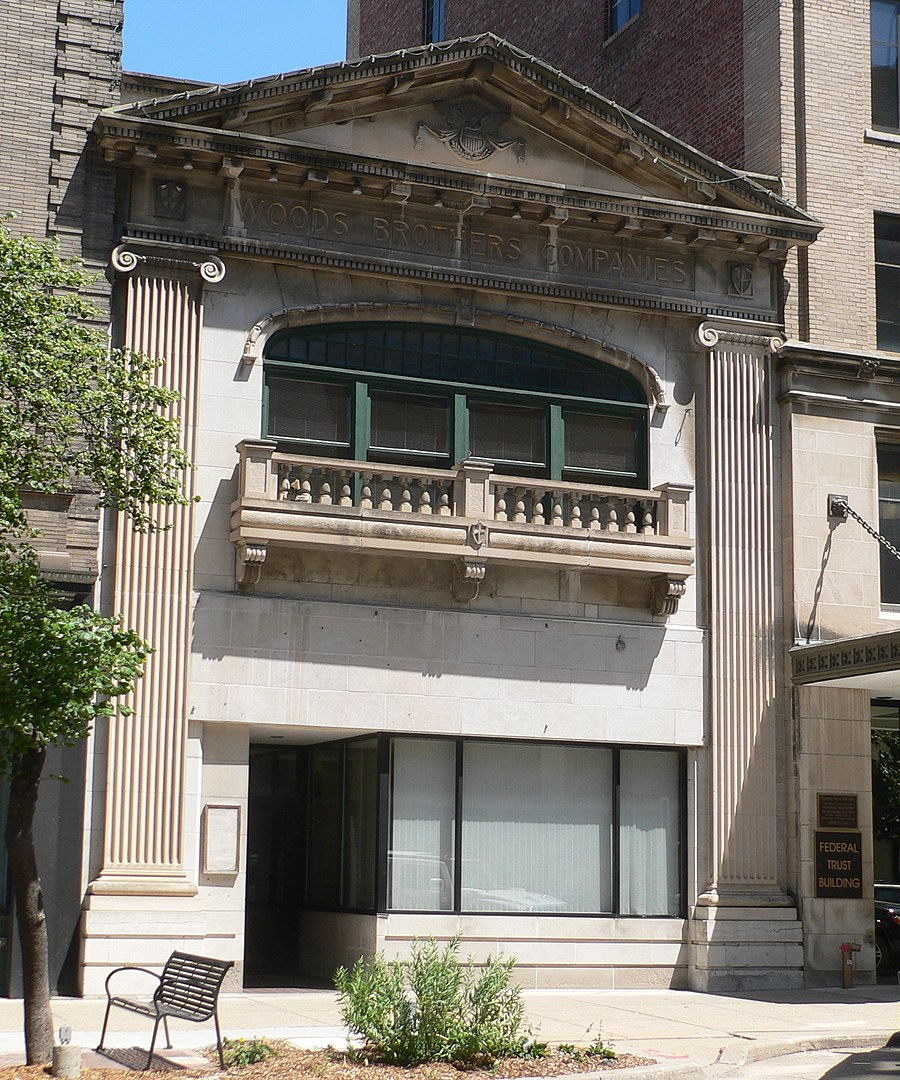 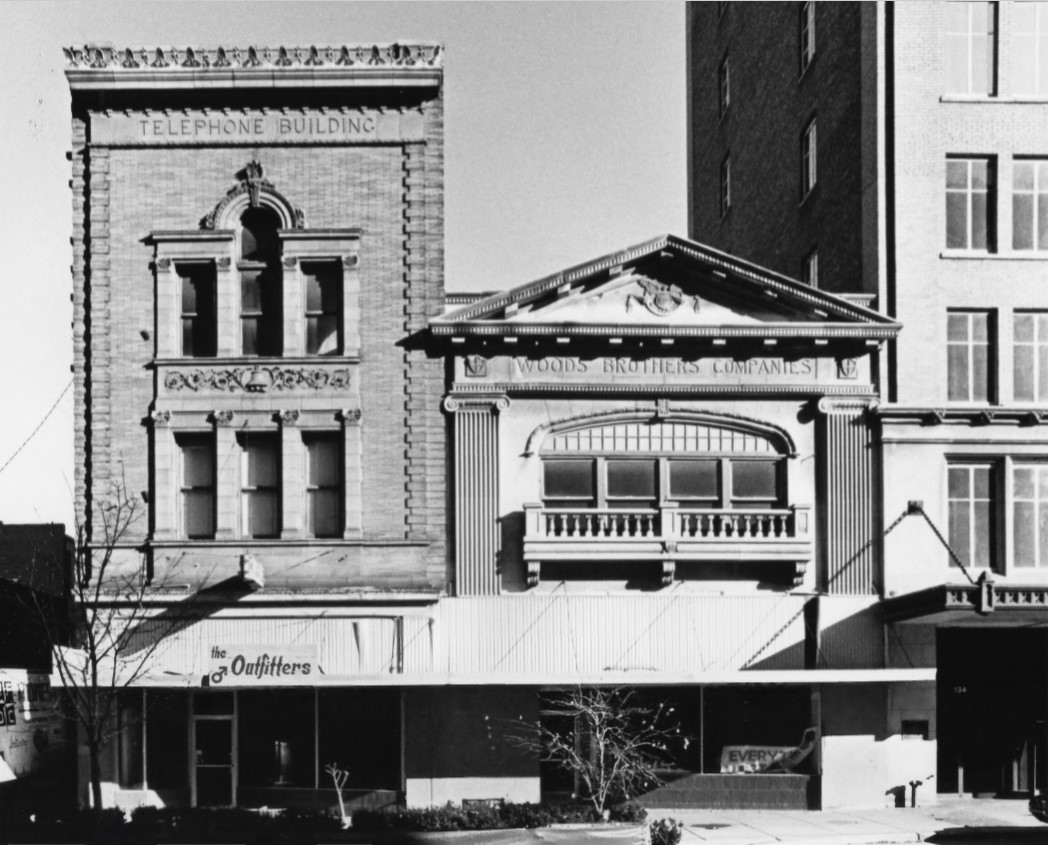 The Woods Brothers Companies have been in business for 130 years, since 1889. They were once housed in this building on S. 13th Street that they designed in 1914 and was finished by 1916. The second floor central window features a balcony and is topped by ornamentation of ears of corn, representing Nebraska's agricultural roots. The name "WOOD BROTHERS COMPANIES" is engraved on the frieze; above is a pediment with a stone relief based on the seal of the United States. Fluted pilasters of Ionic order edge the façade. The ground floor housed executive offices of the Woods Brothers Company and the upstairs was for bookkeeping. The rear third of the building has a basement, for mechanical equipment.

The Woods Brothers Company operated from the building until 1939. The firm was actually founded by three brothers - Frank, George and Mark - and their father, Col. Frederick M. Woods. The elder Woods moved from Illinois to Lincoln in 1873. The firm has been involved in real estate, river containment, telephone companies, and streetcar companies. The major focus in the twentieth century had been on construction of residential development, but Woods Brothers Construction Company branched out into commercial and government clients. They built airports in Kansas City (Fairfax Field) and St. Joseph, Missouri, and constructed bridges and dams throughout the region. Another division of the company managed 20,000 acres of farmland in four states. Mark Woods broadcast weekly by radio in the 1930s on agricultural topics and helped organize a corn-growers union.

The building's design resembles that of the Morgan Guaranty Trust Company building in New York City. Frank Woods was the founder and president of the Nebraska State Bank; the adjacent building to the north of the Woods Brothers Building was built to house equipment for the telephone exchange of that phone company (the Nebraska Telephone Company building is also listed in the National Register and has its own Clio listing). The brothers could visit each others' buildings through entrances cut through the party wall on the first and second stories. The other neighbor, to the south of the Woods Brothers Building, is an early twentieth-century skyscraper, the Federal Trust Building, housing the First National Bank on the ground floor.

The original ground-floor architectural details on the main (east) facade were modified in the 1950s; an aluminum storefront, set-back entrance with its own address, and a marquee were added. The rear façade faces an alley and contains three arched openings in brick. The building housed a clothing store in the 1970s that closed circa 1980. the building was listed in the NRHP in 1980 for its significance in architectural style and its contribution to local commerce. The building's recent tenants were Moose Roofing and Capitol Casualty Insurance.

The original owner's firm is now known as Woods Bros Realty and is a Berkshire Hathaway affiliate. They claim that more than 25 percent of Lincoln's families live in over 70 Woods Bros additions that total nearly 7,000 acres! Their over 200 agents are based in eight offices.