The lot for which the Bass Furniture Building sits has been a part of Atlanta's history since the 1850s, with the original property having been burnt down by General Sherman on his march to the sea during the Civil War. Out of the ashes of that war came the historic building, built in two pieces, the first in 1898 and the second in 1924. The building once stood as part of a thriving downtown district, only to see it suffer from blight during the middle-twentieth-century when Atlanta's economic center moved northward. Today, the area, and the building, is part of a massive renovation project that is intended to bring vitality to the area once again. 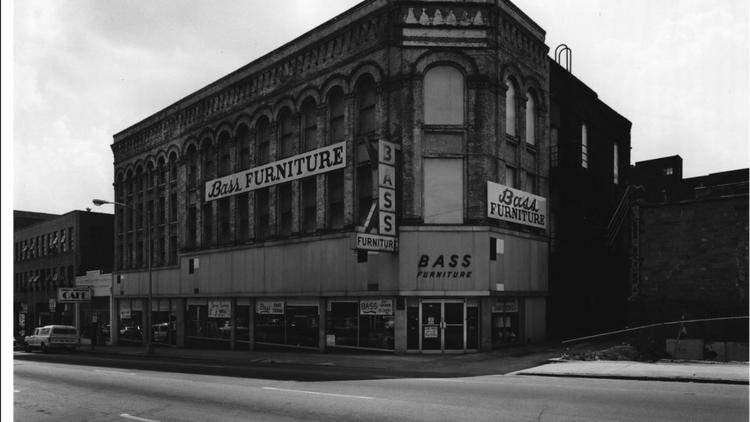 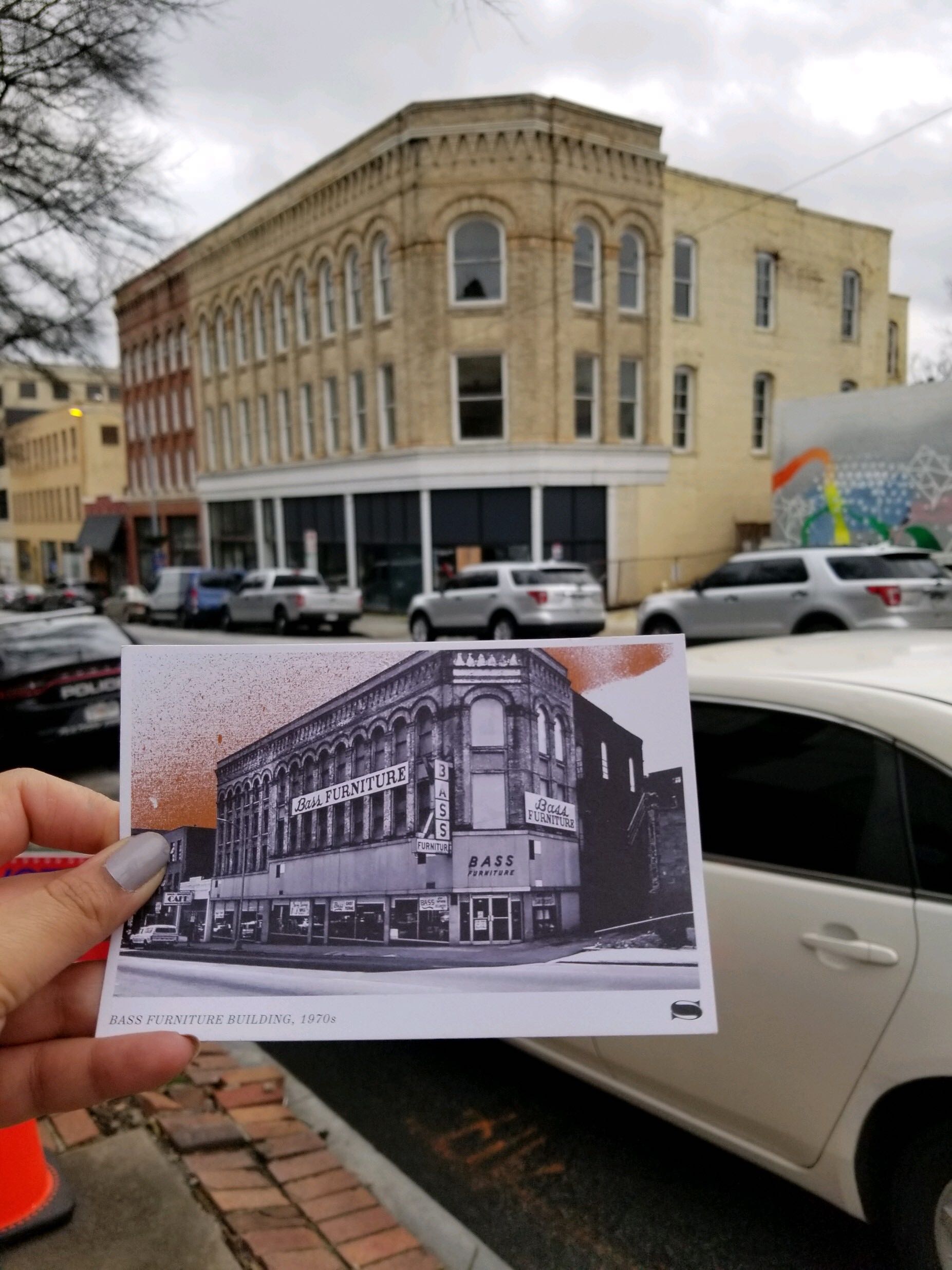 The Bass Furniture Building sits in an area that, for a century, existed as Atlanta's social and commercial center; its history and development reflect the growth and change of the City of Atlanta. As well, the area once suffered from the fires directed by General Sherman of the Union Forces during the Civil War. The present structure is, in actuality, two buildings that include the west section, built around 1898, and the east section emerging in 1924. The building is also now part of historic South Downtown Atlanta, which is currently undergoing a massive reinvention into a neighborhood dominated by artists, walkways, and the service industry.

Atlanta's central business district during the 1830s and through the Civil War mostly involved small shops whose owners lived on the floors above the stores; the era of commuting to work had yet to take shape. Shops consisted of grain dealers, blacksmiths, machine shops, wagon yards. Alongside the shops existed boarding houses, saloons, churches, and a few residences. And, the building that first stood on the lot now occupied by the Bass Furniture store opened in 1854 as both a store and residence in that neighborhood.

General William T. Sherman and his troops took over Atlanta in 1864, and then proceeded to "march to the sea." Sherman ordered his troops to burn many of the structures, and that included the central district. The revival of the area arrived in 1871 when the first free streetcar line ran down Mitchell Street. By the turn of the century, the resurrected commercial district had come to be known as the Old Terminal District, which evolved into the city's principal retail shopping area by 1880. The historic building opened in 1898, first functioning as a feed and grain store.

Renovations in 1906 allowed the building to transition into a multi-purpose establishment, housing a publishing company, boarding house, a millinery shop and the Southern Bell Telephone and Telegraph Warehouse. By 1913, the building mostly operated as a dry goods store. Several times along the way, fires caused damage, which required renovations and rebuilds. Finally, in 1919, J. G. Sterchi purchased the property and used it as one of his chain of furniture stores he had established.

In 1924, Sterchi Furniture Company commissioned A. Ten Eyck Brown, a successful Atlanta architect, to design a new structure adjacent to the old one (which now makes up the east section of the two-part historic building). But, as is the case with many, Sterchi experienced financial hardships during the Great Depression, forcing him to sell the property to Phoenix Mutual Life Insurance in 1933.

In 1948, Bass Furniture Company moved into the property. Although sprinklers, a freight elevator, and better windows had been installed, the furniture store moved into the building at a time when the neighborhood experienced noticeable deterioration. The influx of downtown buildings and new transportation hubs built north and east of the Bass store during the middle-twentieth-century drew business away from the old retail spot. By the 1950s, and even more so by the 1960s and '70s, the once-thriving south downtown region offered littler reminders of its storied past. Thus, the Bass store moving into the historic structure aided in keeping the building from falling into disrepair.

In recent years, a German investor and partner have spent nearly $100 million on a project to rejuvenate the South Downtown area of Atlanta, which includes restoring historic buildings such as the Bass Furniture Store. The idea is to create a "walkable" neighborhood comprised of restaurants, shops, offices, green spaces, and plenty of space for artists.