Master American architect Frank Lloyd Wright designed this house in 1953 for his sixth child, Robert Llewellyn Wright, and his family. The two-story concrete block house was built in 1957-1958 and conceptually resembles the hull of a ship or an almond shape, composed of two intersecting arcs or "hemicycles." It is one of a dozen houses Wright designed in this style. The site of the house was a challenge, as it sits on a steep slope in a heavily wooded area overlooking Cabin John Creek. Lloyd Wright, son of the architect and brother of the owner, landscaped the grounds in 1960. The house remains in the Wright family. 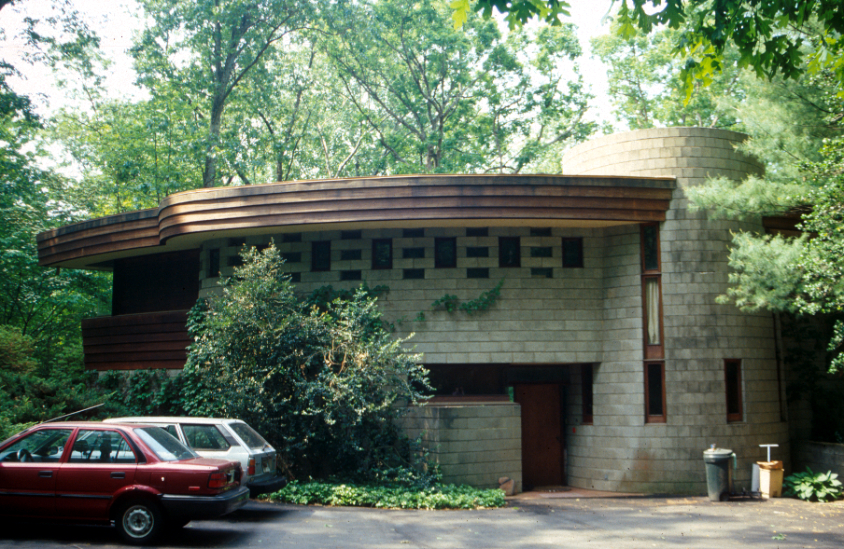 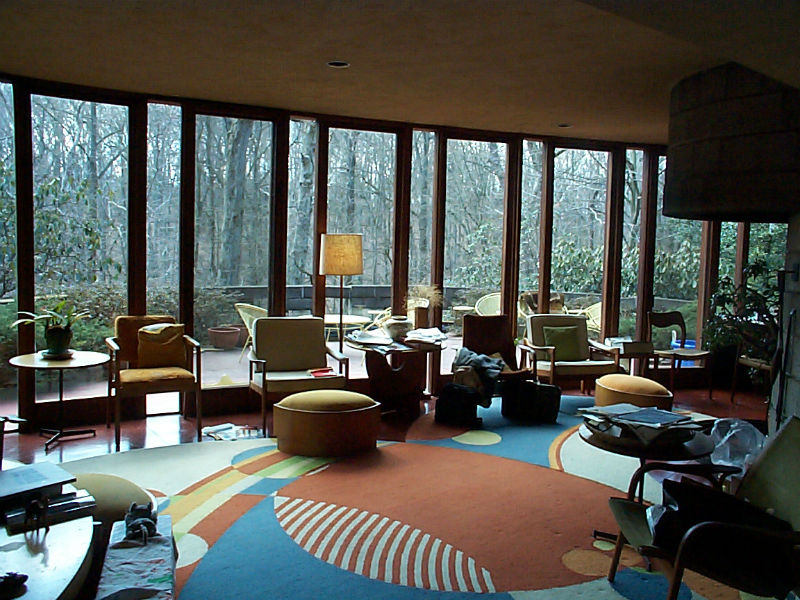 Frank Lloyd Wright designed this 1800-square foot house in 1953 for his sixth child, Robert Llewellyn Wright (1903-1986), and his family. Robert Llewellyn Wright was a lawyer for the Justice Department. The house is one of a dozen "hemicycle" houses that Wright designed between 1941 and 1957, and the only building of this type in Maryland. (The only other Wright house in the state is in his earlier "Usonian" style.) Taliesin fellow Robert Beharka oversaw the construction of the house and the architect did not visit until it was complete.

From the wooded road, the driveway drops steeply to the house. Visible on both the exterior and interior is the concrete block of which the house is constructed. The south side of the house, which overlooks the ravine and Cabin John Creek, contains many plate-glass doors and large casement windows. Outside is a semicircular terrace. The north side of the house contains a turret with a workspace on the first floor and a bathroom on the second. On the second floor are two balconies.

Architect Wright designed many of the furnishings, some of which are built-in. The interior and exterior woodwork is made of Philippine mahogany. The owner's older brother, Lloyd Wright (Frank Lloyd Wright, Jr., 1890-1978), designed the landscaping for the two-acre property in 1960. The National Register of Historic Places recognized the house in 1986, and it remains in the ownership of the Wright family.