Home life on a Lisbon, Wisconsin farm at the turn of the 20th century. The story of Herbert Lembcke

Growing up in a rural area in the late 19th and early 20th century was a lot of work. Because many new technologies and inventions hadn’t yet reached these areas, or the family was too poor to afford them, there were more tasks to do at home. Rural home life in Waukesha County, and all over the U.S. at this time was hard work. Herbert Rinehard Lembcke was a man who grew up during this time on a farm in Waukesha County. He was unfortunately never able to see his work pay off due to the war.

Map of Lisbon in the early 20th century. The Lembcke Farm is circled in red 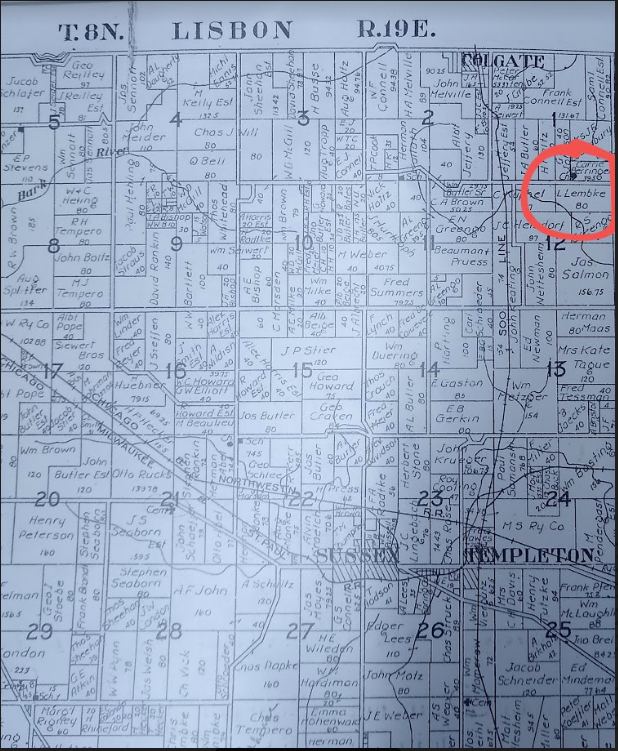 Oil lamp made by the Scovill Manufacturing Co around 1915. A lamp like this would have been used by the Lembcke family in the years leading up to the war

Herbert Lembcke's grave. second from the top on the left 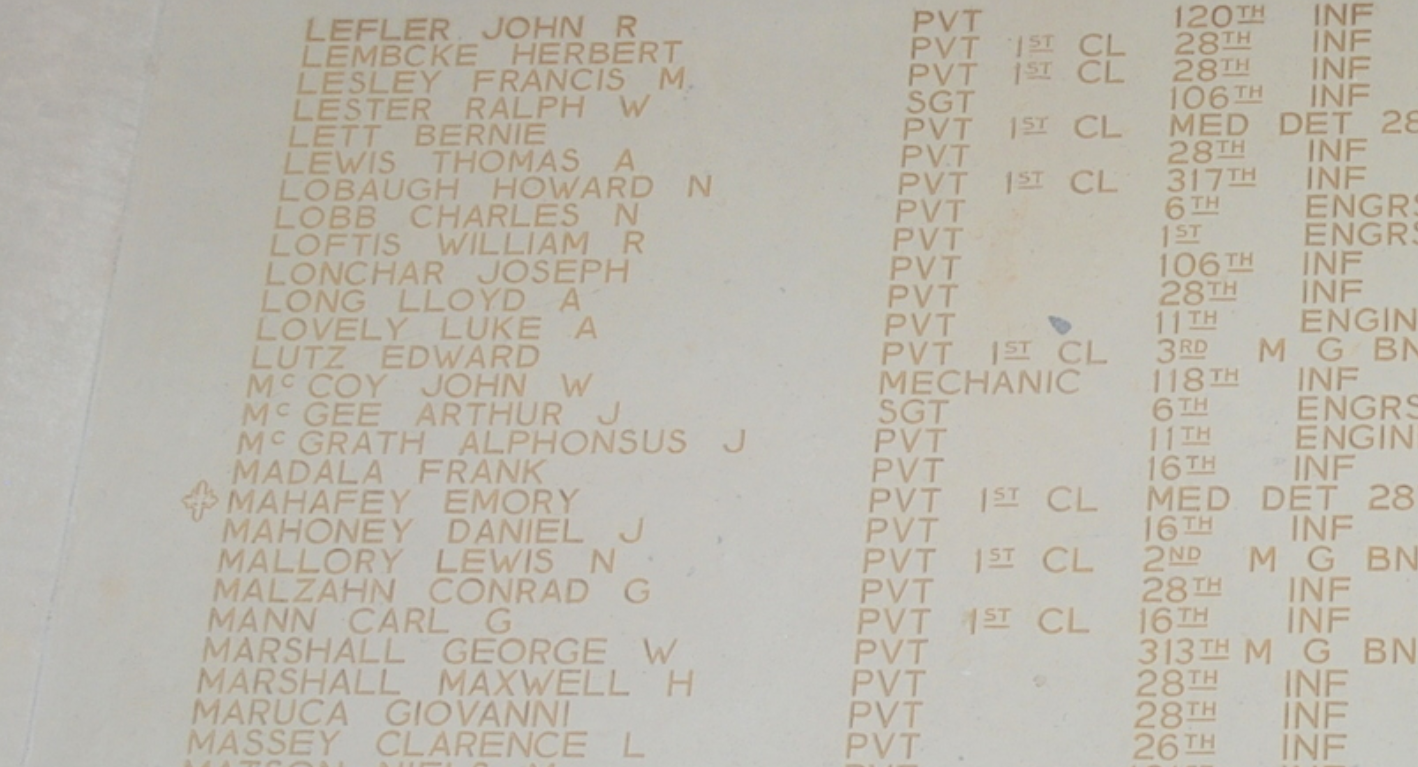 Approximite site of the Lembcke's farm today. The farm is no longer there 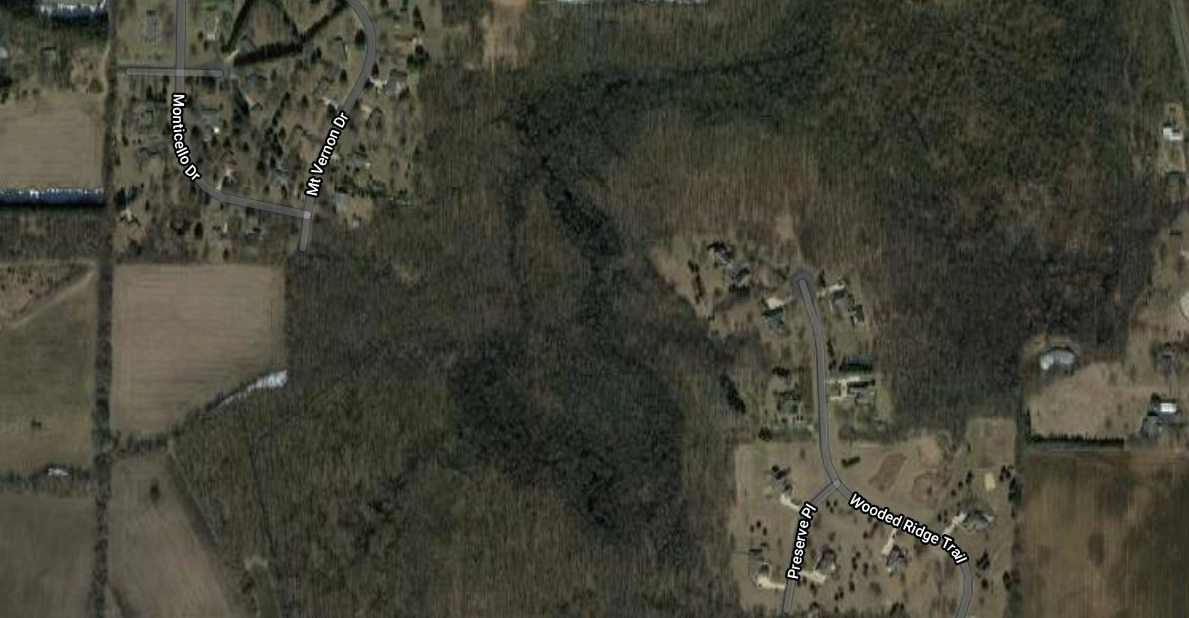 Born March 13, 1894, in Milwaukee Wisconsin, Herbert Rinehard Lembcke was the son of two German immigrants, Louis (Ludwig) and Mary Lembke. He grew up with five other siblings: Mary, Paul, Andrew, Ruth, and one more who we do not know the name of, on a farm in the town of Lisbon in Waukesha County, Wisconsin. His parents came to the town of Lisbon in the 1880s, a time of heavy German immigration.

Herbert grew up in the late 19th and early 20th century. It was a time of new innovations and inventions. Electricity and electrical appliances were in use by people across America. However, many of these inventions, including electricity did not reach rural communities and farms. Growing up on a farm in rural Wisconsin meant that Herbert Lembcke and his family did not grow up with electricity or the modern amenities of the time. With this came a lot of work and responsibilities, especially since they were living on a farm that needed to be sustained. Even at a young age, every child had a job to do. At a young age, Herbert and his siblings were most likely not doing back-breaking physical labor but instead doing smaller domestic tasks. Because there was no electricity, the Lembcke family relied on kerosene lamps and lanterns for light. One of the tasks that Herbert and his siblings would be doing is cleaning out soot build-up on the chimneys of the lamps, and of course, refilling the lamps with kerosene when they were low.

As Herbert grew up, he would be introduced to more physical labor and farm work instead of domestic chores, which were reserved for the women on the family. Even though there were such things as radiators and space heaters at the time, the Lembcke family, living on a farm, would most likely not have such things. The farmhouse was heated by a wood-burning stove. If you wanted hot water, it would need to be heated on the wood-burning range. There was no running water in the house, so water needed to be pumped by hand with a water pump. Because there was no running water, the farmhouse probably didn’t have an indoor bathroom, but instead had an outdoor outhouse. Baths were likely taken only once a week, and bathwater was shared. Clothes were not washed in a washing machine, but instead washed in a tub with a washboard. Clothes were hung outside to air dry. As you can see, there was a lot of work and extra steps that needed to be done living in a farmhouse around this time, but it was necessary for them. This was the reality for the people living in rural areas of Waukesha County, and people all over the U.S. in rural areas.

On August 15, 1917, in Milwaukee, Wisconsin, Herbert enlisted in the military. He was in the Fifth Wisconsin Infantry, Company K. He went to Waco Texas for training, likely traveling by train, and was transferred to the 128th Infantry, Company H. In early February of 1917, Herbert departed for Europe. He arrived in France in early March of 1917, meaning that the trip by boat took a couple of weeks. In France was transferred again. this time to the 28th Infantry, Company I. Little is known about his time in Europe, but he got to Private First Class and fought in the Second Battle of The Marne. He was killed in action while in France on May 29th, 1918 at only 24 years old. He is currently buried at the Somme American Cemetery and Memorial in the commune of Bony, Aisne in France. It is quite sad that Herbert Lembcke spent his whole life working, but never got to see it pay off.

Herbert Lembcke He was a casualty of World War I on May 29, 1918. He is honored and remembered by the people of Wisconsin., honorstates.org. Accessed March 6th 2020. https://www.honorstates.org/index.php?id=161855.