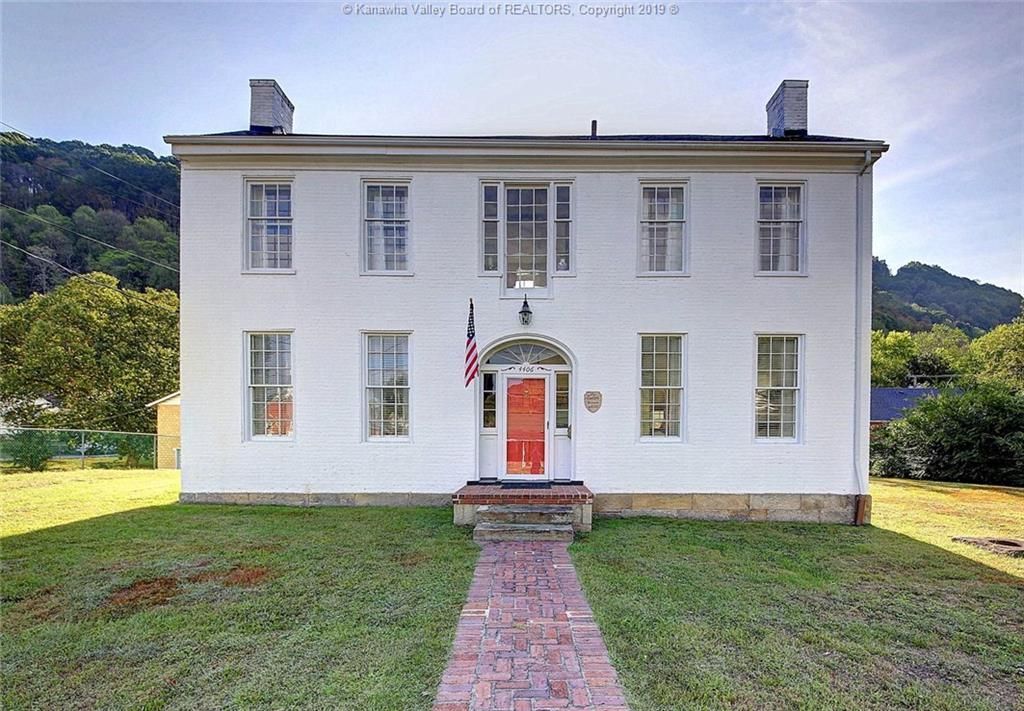 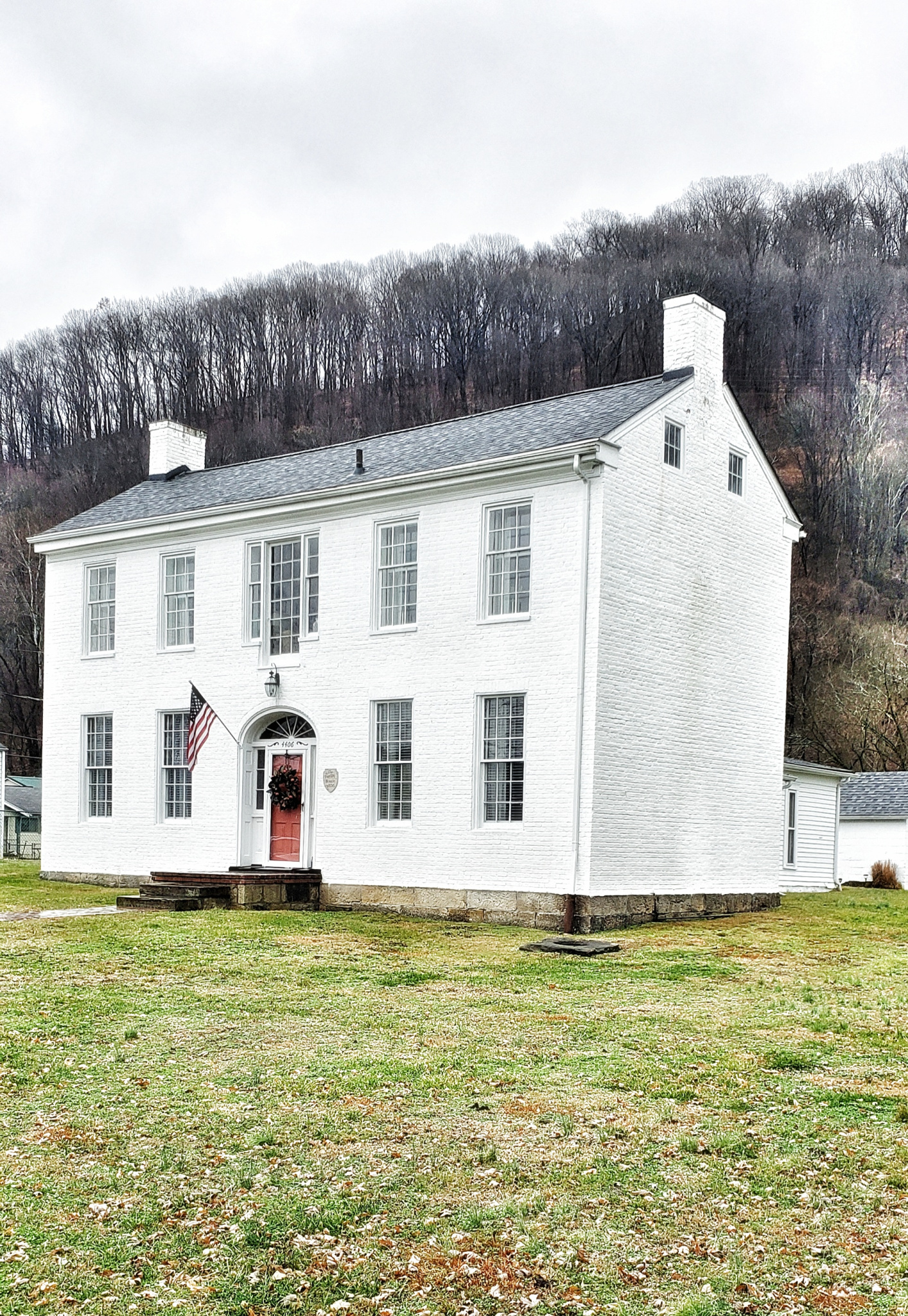 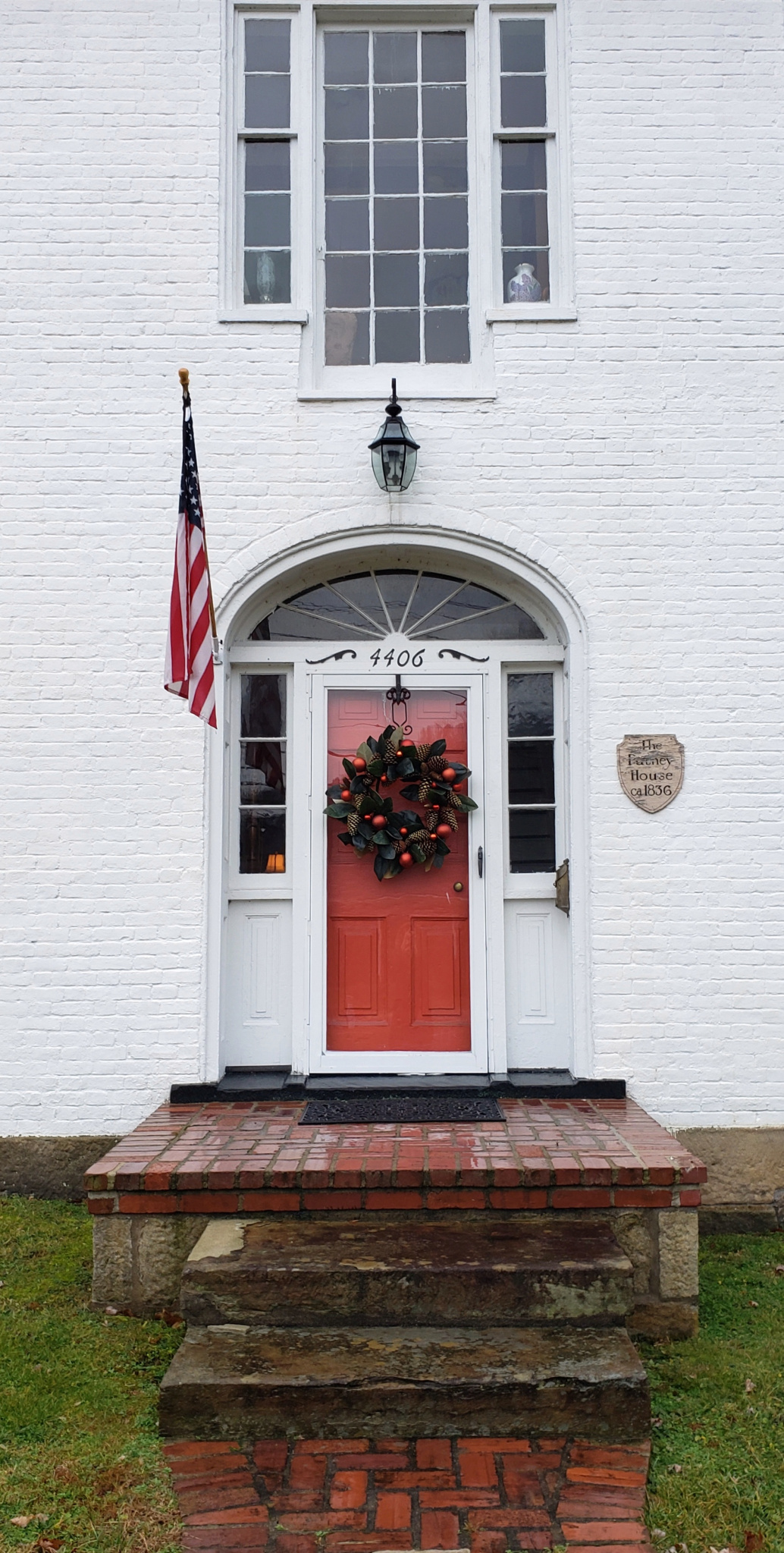 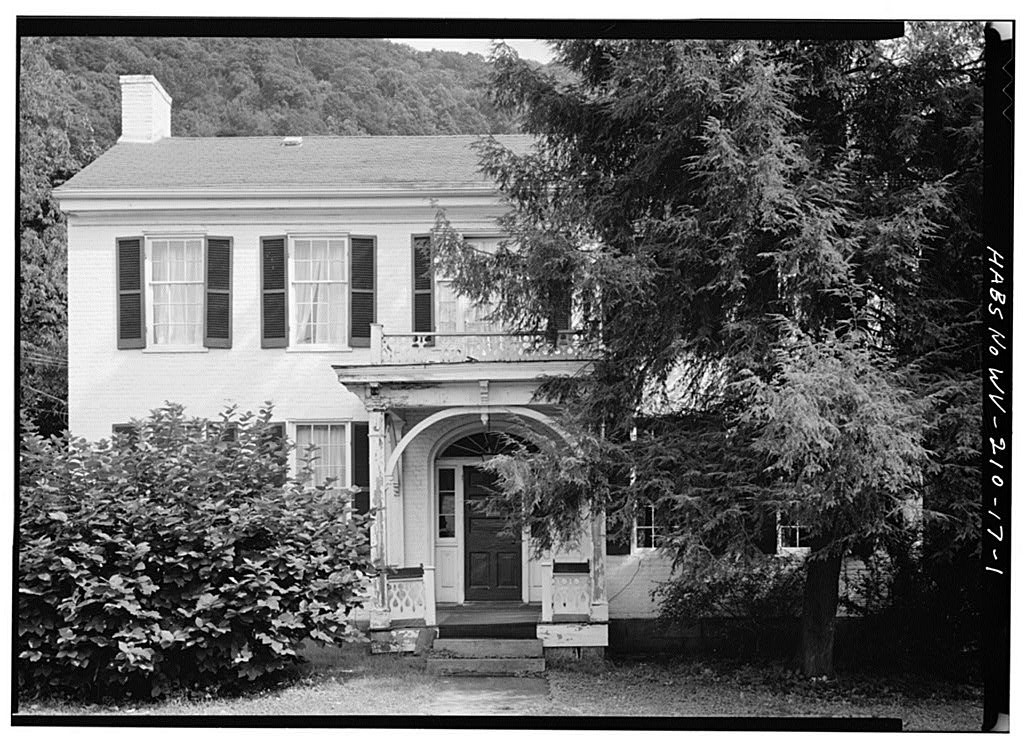 Front entrance of the Putney House, circa 1980 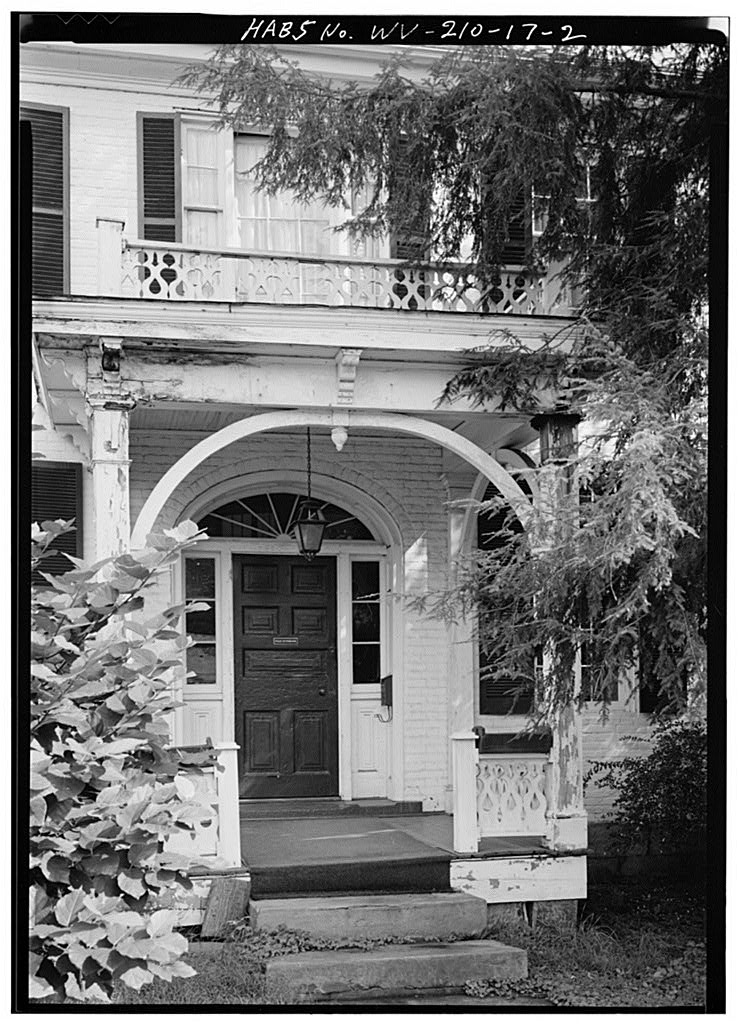 Rear wing, looking southwest at the Putney House, circa 1980

Original fireplace on the house's first floor, circa 1980

Architectural sketches of the Putney House, from the Historic American Buildings Survey

A commercial salt industry developed in the Kanawha Valley at the start of the nineteenth century, as settlers arrived in the region and discovered the abundant salt springs along the river. In 1808, brothers David and Joseph Ruffner succeeded in boring the first deep brine well west of the Alleghenies. In the decades that followed, technological innovations and a standardized production process enabled the Kanawha Valley saltworks to flourish. Dozens of salt furnaces lined the river, producing millions of bushels of salt per year, with Malden emerging as the region’s residential and social center. Founded after the Ruffner family subdivided and sold land east of their saltworks during the 1830s, the town grew to have several businesses along with the homes of the area’s saltmakers. Many of these houses were grand in scale and elegantly designed, as befit the local aristocracy of salt barons.

Members of the Putney family were also counted among Malden’s elite. The son of English immigrants to the United States, Dr. Richard Ellis Putney was born on March 12, 1794 in Buckingham County, Virginia. He received a medical degree from Jefferson Medical College in Philadelphia before relocating to the Kanawha Valley around 1812, where he set up a medical practice. Considered the Kanawha Valley’s third “regularly educated physician,” Putney became one of the area’s best-known doctors, and was involved in local politics and the manufacture of salt as well. He also served as the personal physician of the Ruffner family, though this relationship became personal when he married Ann Ruffner, the daughter of David Ruffner, in 1815. Putney practiced medicine in the Malden area for nearly fifty years until his death in 1862. He was survived by several children, including a son, James, who also became a doctor and practiced in Malden for many years. Although James Putney developed a neurological disorder during the Civil War, he continued his own practice in Malden until his death in 1876.

The Putney family residence was completed in 1836. The imposing two-story brick structure, painted white, was designed primarily in the Federal style, which dominated American architecture between 1780 and 1840. A Federal house was typically a square or rectangular box, with stylistic emphasis on symmetry and subtle classical details, like the Putney House’s elliptical-arched main entrance. Circa 1870, a one-story ell was added to the rear of the Putney House, and a three-bay porch was added across its front. These additions, alongside the Federal-style main block, provide an example of the tendency of Malden’s homes to display a mixture of architectural styles. Additions and embellishments, in styles such as Greek Revival or Victorian, were made to many of the town’s Federal-style homes, giving the community an eclectic architectural legacy.

After Dr. Putney's death in 1862, the property came under the ownership of the Thayer family, as one of Putney's granddaughters married a merchant named Thayer. In 1868, the house was sold to the Kanawha Salines Presbyterian Church for use as a manse. The house continued in that function - becoming the first in Malden to have a modern bathroom in 1910 - until 1952, when the church built a new manse and sold the house to C. C. Dickinson. The house was used as a rental property until April 1973, when lawyers James C. Jeter and James H. Coleman purchased the home and began restoring it. The restoration project inspired pride and excitement about Malden’s history and was covered by the local media. In 1980, the Putney House was named as one of three pivotal structures of the Malden Historic District. The house was considered pivotal because of its imposing scale and lack of modern alterations compared to other historic houses in the town. After years of preservation efforts, the house’s owner offered the Putney home for sale, though it has since been taken off the market. Today, the Richard E. Putney House is the oldest extant residence in Malden and one of the best-preserved remnants of the town’s nineteenth-century heyday.