The two-story, red brick building that houses the Rochester Hotel was built in three stages. The original part dates to 1890 to 1892, when it was named "Peeples Hotel." This makes the Rochester one of the oldest hotels in Durango. Additions were made around 1909 and 1920. The building's exterior was restored in the early 1990s to its 1940s appearance. The interior was gutted and redone into more spacious hotel rooms with individual bathrooms. The building was listed individually in the National Register of Historic Places in 1996, as an example of the town's commerce in the first half of the nineteenth century. The building functioned then as a hotel or boarding house frequented by travelers or salesmen of limited means. 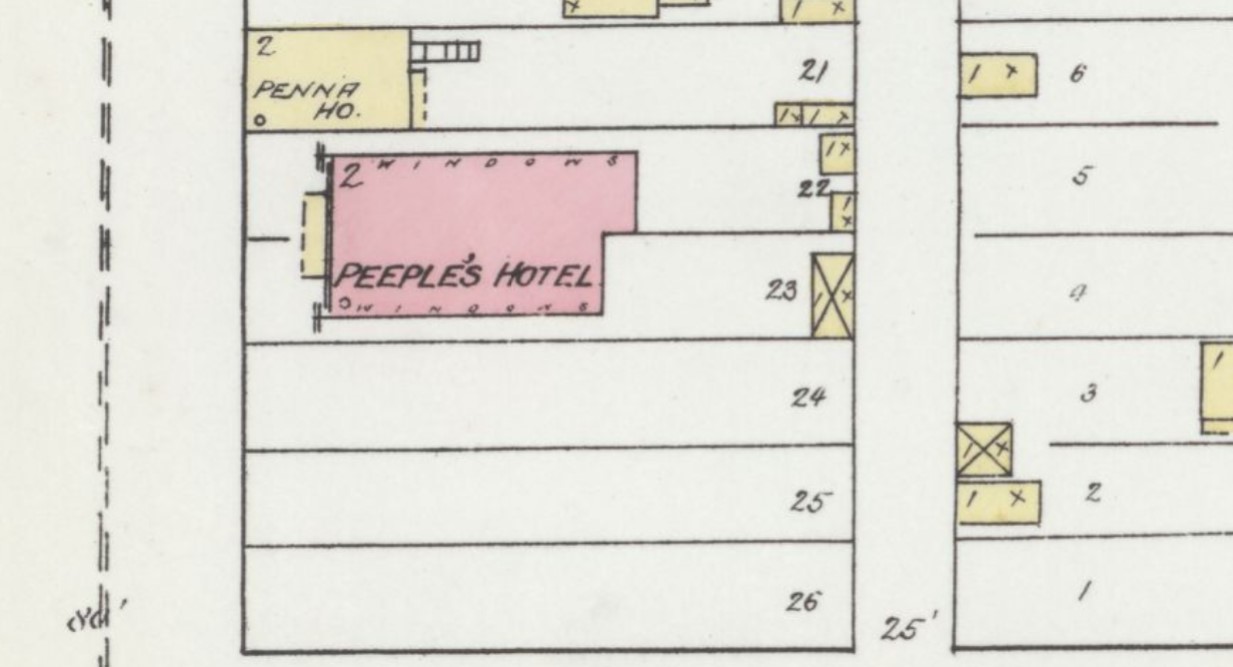 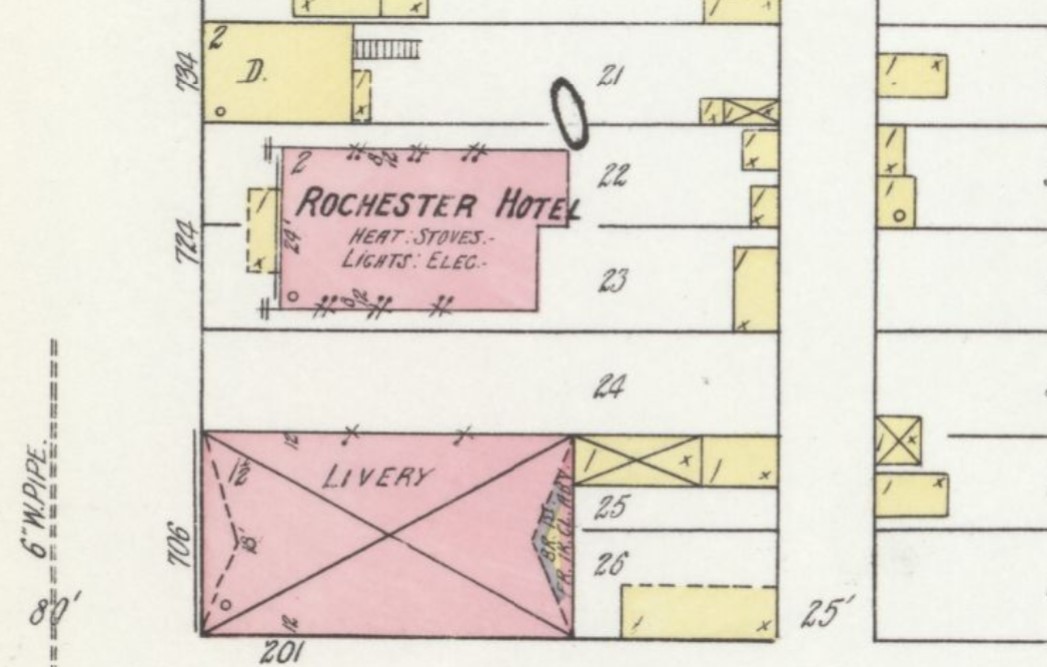 The Rochester Hotel went through a few delays and changes of ownership while being constructed from 1890 to 1892. It was called "Peeples Hotel" after local accountant and county commissioner E.T. Peeples. An early operator was named Jerry Sullivan and had previously worked for the railroad. Miss Mary Ann Finn owned the hotel from 1905 to 1920 and renamed it the "Rochester Hotel." The hotel was at a disadvantage since many other local hotels were larger and closer to the railroad depot. It catered to those looking for lower rates and people looking for long-term boarding. The daughter of a local rancher, Bertha M. Graden, was one of the later owners of the hotel, as was Edward J. Gemmill. Henry M. Valentine, a major local property owner, was at one time the owner of the Rochester Hotel.

The front porch of the Rochester Hotel features Tuscan columns at the central bay entrance. Above the porch is a balcony with a wood paneled balustrade. What appeared as the original front of the building is now located ten feet inside the structure, but the design is similar. The windows are arched and the building is topped by a pressed metal bracketed cornice with dentils and an arched cornice reading "1892" and "ROCHESTER."

A postcard of the building as it looked in 1909 and insurance maps show that the addition formed the front portion of the structure. The sign in this era was pressed tin. A neon sign was attached to the building in the 1940s or 1950s, and has been restored. The classical style entry porch and balcony date to this era, too. Several windows and doors have been added to parts of the first floor facades since the early 1900s. The final addition to the building, sometime between the 1919 and 1931 Sanborn fire insurance maps were drawn, expanded the rear of the building. After this expansion, the interior held about thirty hotel rooms. Three interior bathrooms were installed after 1927.

The building underwent interior and exterior renovations in the early 1990s. Much of the interior was gutted and rebuilt to hold sixteen luxury hotel rooms. The exterior still resembles the appearance in the 1940s, except for some modifications to the rear façade. The interior décor currently features memorabilia related to the many Western movies filmed in and around Durango, the "Hollywood of the Rockies."

The building is considered significant as an example of the commercial development of Durango for the time period of 1909 to 1945. It represents a working class boarding house or hotel typically visited by salesmen, tourists, and others of lower budgets. The current owner also manages a bed and breakfast across the street called the Leland House.