Van Cortlandt Upper Manor House , so named to distinguish it from the family's manor house in Croton, is located on Oregon Road in the town of Van Cortlandville. The prominent Van Cortlandt family acquired the land in 1683 as a land grant. The home, built in 1773 by Pierre Van Cortlandt, served as refuge for the family during the American Revolution when their Lower Manor House, also known as Van Cortlandt Manor, lay in Neutral Ground. General George Washington was a guest in the home on numerous occasions. Since 1850, it has had several owners and additions added to its facade. The building is now used as offices. 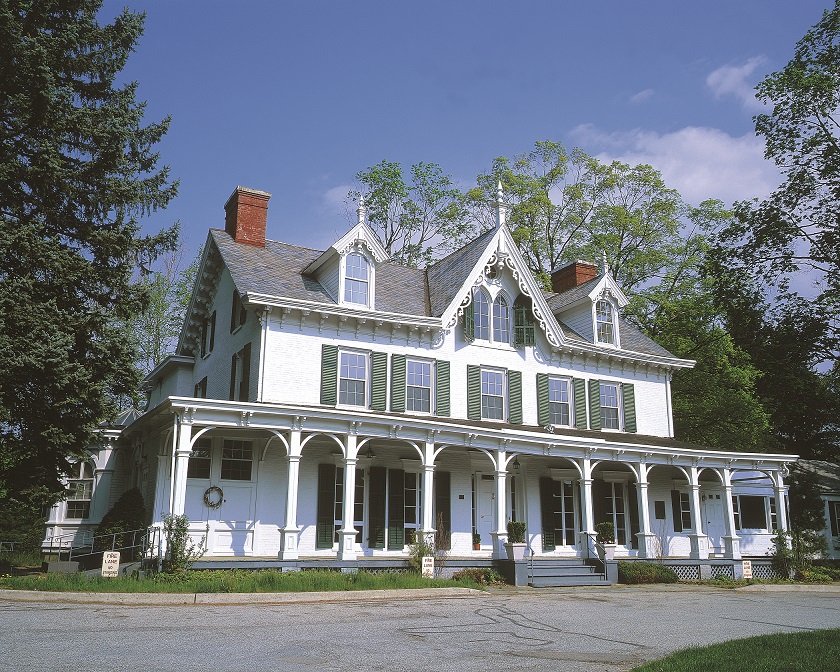 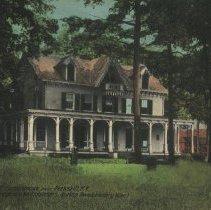 The Upper Manor House belonged to the Van Cortlandt family, who were granted a land patent and owned what is now much of northern Westchester County. Their property consisted of more than 86,000 acres, and "extended from Hudson River east to the present Connecticut line from the Croton River north to the Putnam-Westchester County."1. The house was built or remodeled in 1773 by Pierre Van Cortlandt. Pierre was descended from the first lord of the manor, Stephenus Van Cortlandt. The Manor of Van Cortlandt was acquired from the Indians and others by Stephenus in 1683 and confirmed to him by royal charter granted on June 17, 1697.

“Records indicate that a smaller building stood on the site in 1756, which may have been enlarged to the size of the house’s southern section in 1773.1 The house served as refuge for the family when they left the Lower Manor house during the American Revolution. Their Lower Manor House was vulnerable to attack as it was in the Neutral Ground. During the war, General George Washington stayed in the house with his aids on several occasions in 1776 through 1778.3 Pierre moved to Fishkill while the house was occupied by his daughter, Cornelia and her husband, Gerard Beekman. Pierre returned after the war, and lived there until he returned to his home in Croton. His son, Pierre Jr., occupied the house until his death in 1848.2

This building combines the two architectural components of the Gothic Revival and Italianate. The historically significant portion of the home is the southern section of the building, which was altered by the Van Cortlandts in the 18th century. Its exterior consists of a five-bay, two and one-half story brick house and directly behind it is a northern two and a half story wing constructed in the 1920s; This addition consisted of wood framing and stucco. Within the main home there are surviving period elements like the large unaltered floor plan, a principle staircase with simple wood balusters and railing, three marble fireplaces, door and window openings and the intact basement and attic spaces.

After Pierre Jr.'s death, the brick house was purchased in 1850 by James Robertson of New York City. It was used by his family as a country home and they remodeled it, adding a service wing. The exterior was painted in contrasting colors to accentuate its decorative trim, transforming the old Colonial manor house into a Romantic villa. Upon Mr. Robertson's death in 1889, the building was acquired by the Sisterhood of St. Mary and using as a nursing home. In the 1940s it was sold and became the Cortlandt Nursing Home. After a new nursing home was built, the home was given to the town of Cortlandt, and used as Town Hall. Today, it has been remodeled and serves as offices. 2

The building still retains noteworthy period features. It was added to the National Register in 1981.