This Art Deco building first stood as the home to a Ford Dealership and assembly center that was operated by the Charles E. Freeman Company. Plans and designs for the building occurred during the height of America's booming 1920s economy and the building demonstrates the craftsmanship of the era. During the early 1930s the dealership moved out and the building was home to a car repair center and later served as a parking garage. Today, the building operates as the Ford Factory Loft Apartment complex. 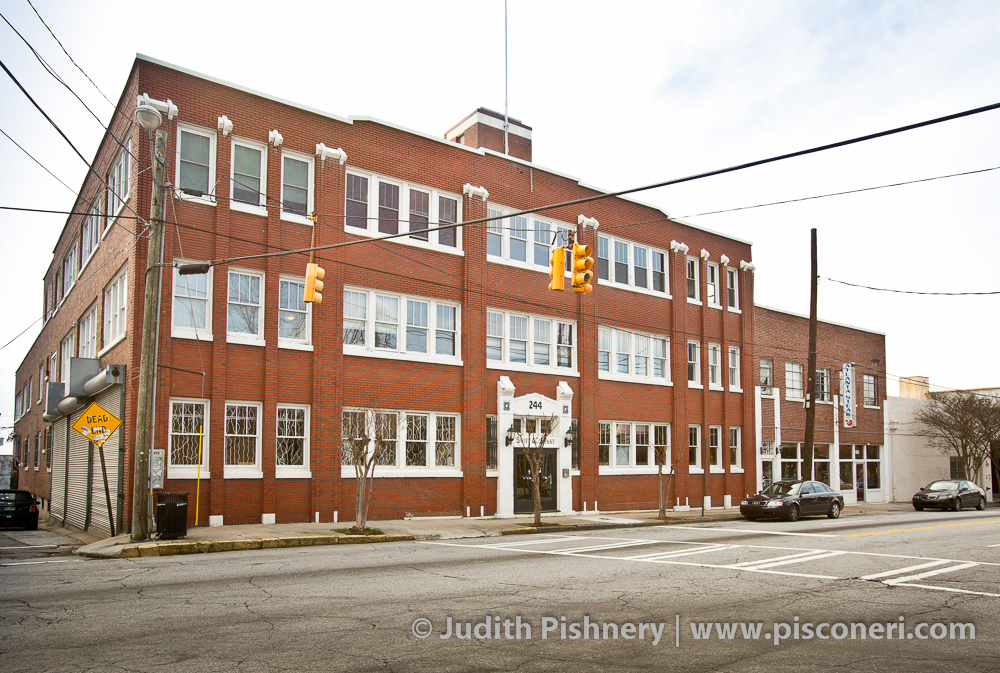 Charles E. Freeman opened one of Atlanta's first automobile dealerships in 1922 and that business grew into the Charles E. Freeman Company by 1927. The licensed Ford Dealership was successful and Freeman opened a new dealership at this location in 1930. The historic building remains in Atlanta and now serves a loft apartment complex. The building stands as a reminder of the building boom that occurred in the just as the Roaring '20s gave way to the Great Depression and the way many buildings have been repurposed over the years in ways that reflect the changing habits of consumers and demands for real estate.

The economic boom of the 1920s swept Atlanta, helping boost Freeman's success by the late 1920s. Plans for his new building were complete prior to the Wall Street crash in October of 1929. Though the Depression stalled some projects, the dealership building opened its doors in 1930 when Atlanta continued to see an overall building boom; an estimated $35,000,000 worth of construction occurred that year in Atlanta. Atlanta's airport, Candler Field, opened in 1930 and became the nation's third-largest transportation center behind New York and Chicago.

Despite the continued construction in 1930, that year proved to be the climax for Atlanta's building boom. The economic decline eventually took its toll on the Freeman Ford Agency, as well, which occupied the building for only two years before moving into a new location. Fron 1932 through the 1990s, the building served as the home to numerous occupants, namely auto parts and tire supply stores, auto repair, and functioning as a parking garage. It also once operated as a warehouse for U. S. Dept. Of Commerce. Since the late 1990s, it has been the home to loft apartments. Today, with a nod towards its genesis, the apartment complex goes by the name of Ford Factory Lofts.

The building stands as a monument to different stages of twentieth-century history. The initial design and construction occurred at a time when the national economy was booming, allowing people to buy such items as automobiles and businesses to build larger structures. But, the short lifespan of the dealership speaks to the troubles presented by the Great Depression. But by the late twentieth century, many older commercial buildings throughout the U.S. transitioned into retails outlets, restaurants, and loft apartments, including the Freeman building.