The Strater Hotel has towered over downtown Durango since its completion in 1887. Constructed of red brick with hand-carved sandstone cornices and sills, this landmark structure is part of the Main Avenue National Register Historic District and is also home to a local history museum filled with artifacts and memorabilia. The antique furniture and historic furnishings throughout the hotel are part of the hotel's allure and offer the largest collection of Victorian American-made walnut furniture in the world. The eclectic style of the imposing building combines elements of Italianate Romanesque and Renaissance detailing. The hotel has been called one of the world's most beautiful buildings and one of the most prominent historic hotels in Colorado. 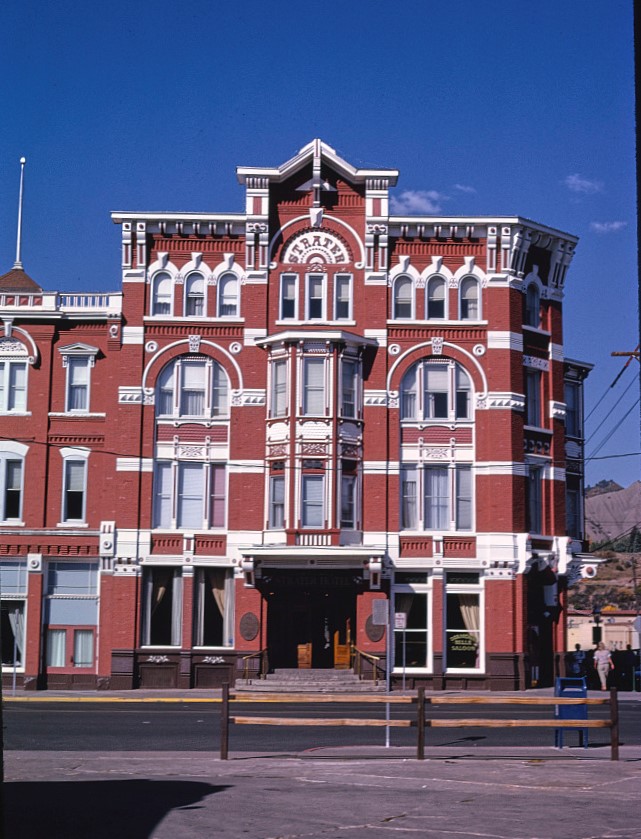 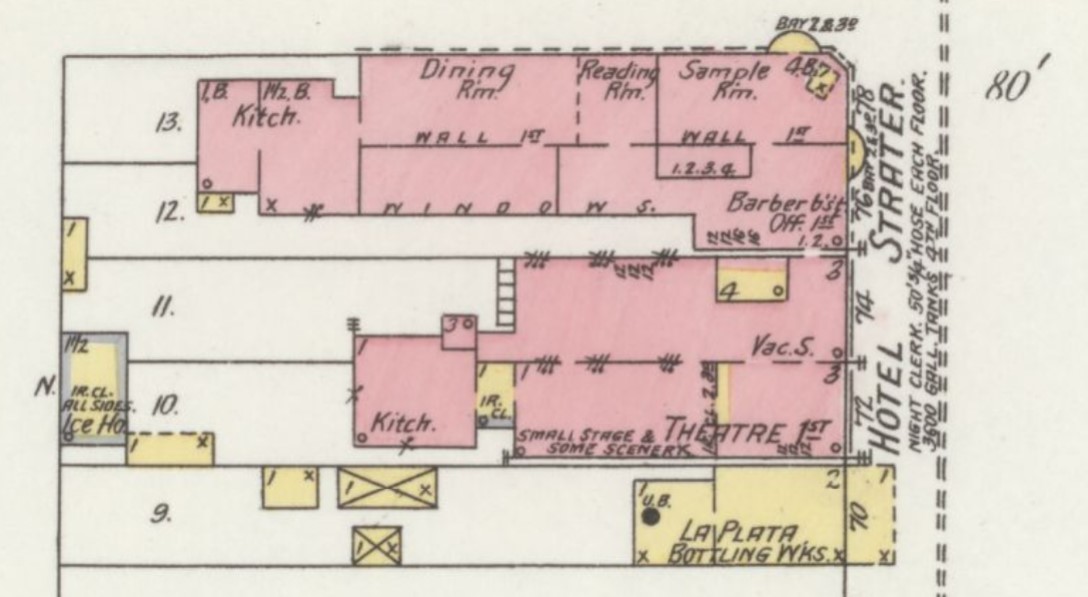 The Strater Hotel is an amazingly beautiful building, both from the outside and within; the Huffington Post called the Strater one of the world's ten most beautiful buildings! This has come from decades of painstaking restoration and collecting of antique furniture and furnishings. Even if you are not staying at the hotel, you are welcome to enter the lobby and walk around. The building is packed with display cases holding all kinds of items, from a golden gun to a ladies fan.

So, who was Strater? Believe it or not, Henry Stater was a pharmacist from Cleveland. He, along with some help from his father Antone, and brothers Fred and Frank, spent 70 grand on the building. The original portion of the building is four stories on the corner of Main and 7th Avenue. The next addition was placed to the south of the original and is three stories tall. Two-story bay windows top the corner entrance to the Diamond Belle Saloon. The building contains a four-story atrium topped by a skylight. Strater's pharmacy occupied part of the ground floor of the hotel, and Henry left the hotel management to H.L. Rice, the Proprietor who leased (or bought) the building from Strater.

In the wintertime, some locals would abandon their own homes to live in the coziness of the Strater's rooms, each of which contained a wood-burning stove. The hotel also featured a three-story privy. Somehow, Strater neglected to omit the pharmacy space from the lease and was being charged exorbitant rent. Strater decided to teach Rice a lesson, and built a competing hotel, the Columbian Hotel, to the south. The Silver Panic of 1895 caused both hotels to go out of business. The Bank of Cleveland repossessed the Strater, and sold the hotel to Hattie Washburn and Charles E. Stilwell. This ushered in a more refined era of opera and fine dining at the "Hotel Strater."

Three generations of the Barker family have owned and operated the hotel since the 1920s, when Earl A. Barker Sr. and his partners bought the aging building. One frequent visitor was the Western author Louis L'Amour, who enjoyed staying in Room 222, directly over the Diamond Belle Saloon, so he could hear the music while he wrote. The room is now named for L'Amour. There are 92 other rooms in the hotel, too, some of which are said to house some spectral freeloaders.