Boeing’s Everett factory was built in 1967 and is located between the cities of Seattle and Everett, a close distance from Boeing’s headquarters in Seattle. The factory is connected to Snohomish County Airport (also called Paine Field) in order to provide to the aircraft manufacturer easy access to a runway for its newly-completed planes. It is considered as one of the biggest factories in the world, capable of encapsulating the entirety of Disneyland. The factory is also one of the main economic drivers in Washington state as it has currently 36,000 employees. The factory produced and still produces a wide range of aircraft (especially widebody aircraft) such as 747, 757, 767, 777, 787 and the latest plan, the 777X.

The initial task of the Everett plant: producing the 747. 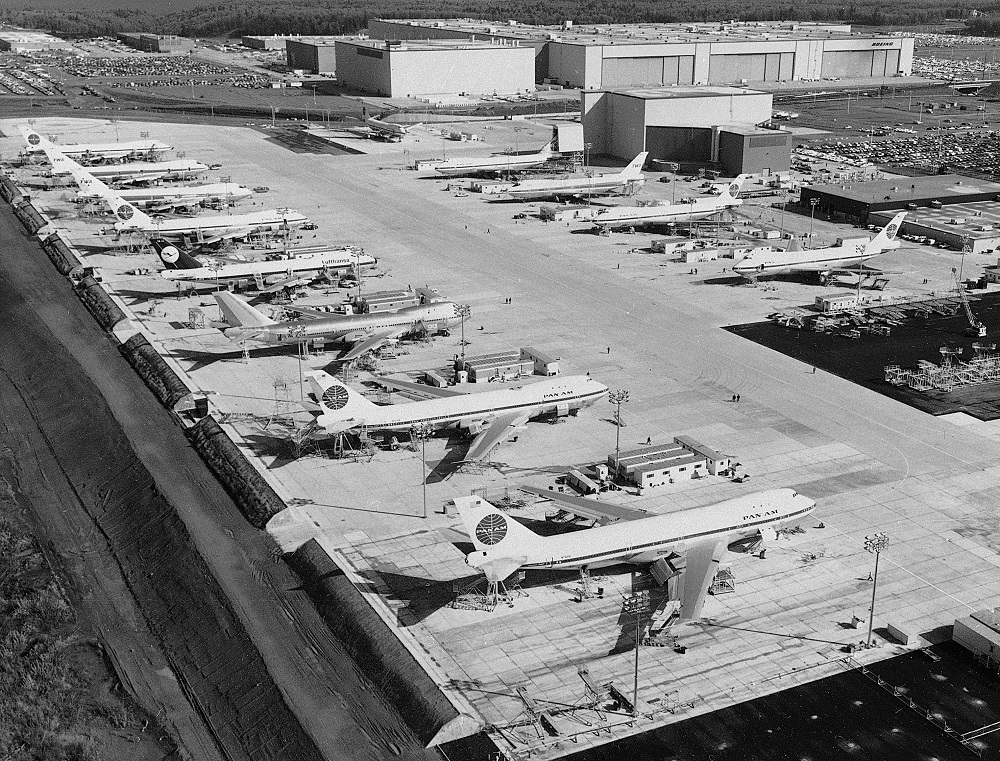 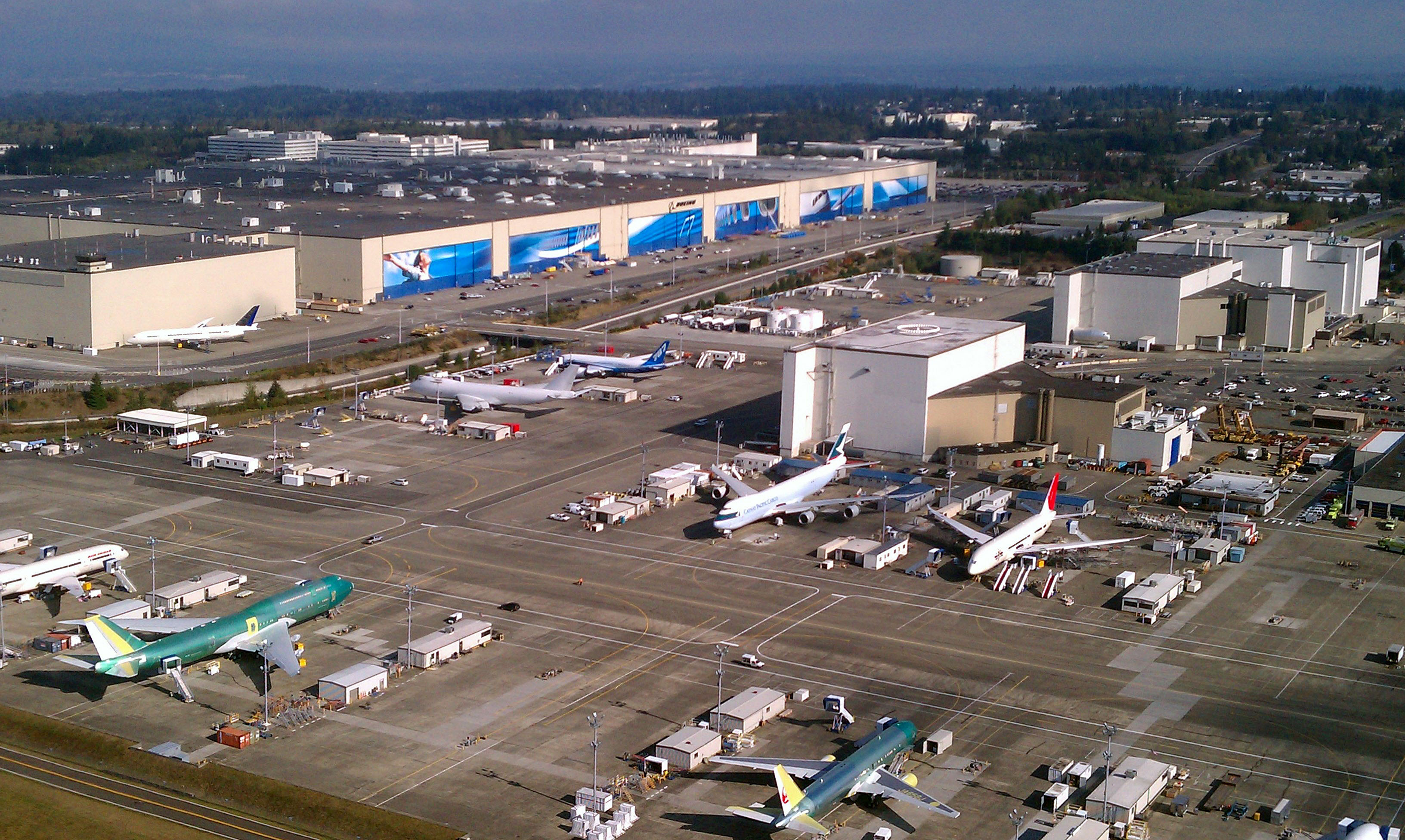 The aicraft type, produced in Everett plant: the 777X. 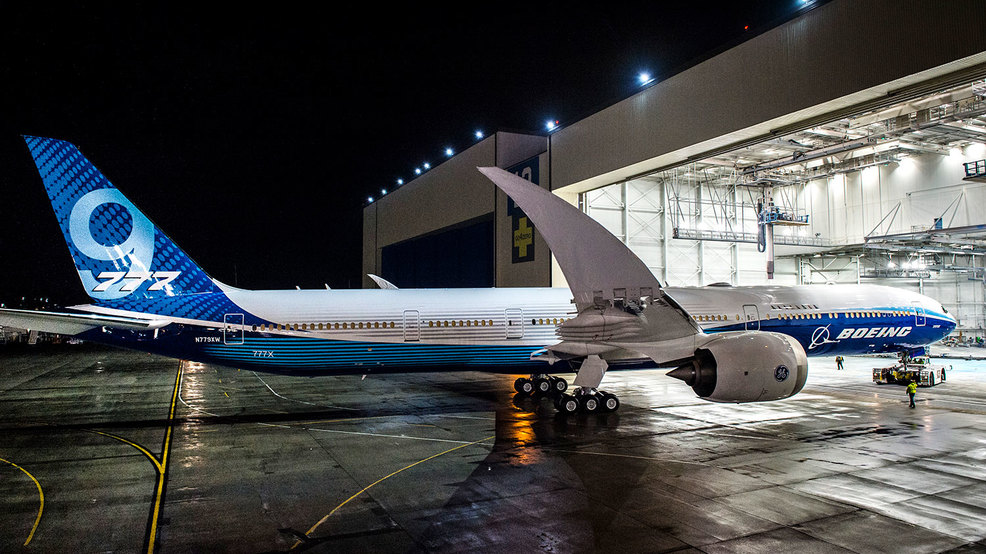 During the 1960’s, a great revolution occurred as Boeing and McDonnell Douglas produced the Boeing 707 and the McDonnell Douglas DC8, two long-haul aircrafts. These two airframes started the democratization of aviation. In order to keep the leading of the market, Boeing designed a plane which boost even more the rise of air transportation: the Boeing 747. Unfortunately, the Renton factory (still producing 737 aircrafts) was not big enough to bear the Queen of the Skies. After debates about the location of the future factory, Boeing chose a location near Plaine Field at 30 miles away from Seattle, keeping a close contact with headquarters.

On May the first 1967, The Everett factory opened its doors to build the first test aircraft. Later, in 1970, the first Boeing 747 was delivered to its launch customer, Pan America. Surfing on the huge success of the Jumbo Jet, Boeing lauched two projects in late 1970’s which became the Boeing 757 family and the Boeing 767 family. However, because of the hugeness of the Everett facility, Boeing decided that instead building a new factory for these two planes, they would extend the Everett plant. To accommodate the production of the new widebodies, a first extension was made in 1978 and a second in 1992 for the Boeing 777 program.

The factory contains six doors on the side of factory (four doors on the West side and 2 on the Est side. Its ceiling is 90 feet and make possible the use of 26 cranes in order to move different sections of aircrafts from a section to another within the plant. Galleries in the ground make possible the assembly line move 3.8 centimeters per minutes and the access of different area of the factory to its employees. Though, issues appeared, and adjustments had been done as clouds would form at the top of the ceiling because of the moisture and warm air’s accumulation. Even today, there is no air conditioning, making employees open the doors and use fans to refresh the air during the summer. On the reverse, the employees tend to use more overhead lights to warm up the inside during the winter.