The Mizpah Hotel is located in Tonopah, Nevada. Its construction began in 1907, and on November 17, 1908, the hotel opened for business. The original hotel had been built with reinforced concrete with stones on the front and bricks on the remaining sides of the building. Most of the original furniture has been preserved, giving a retro-aspect to the modern hotel. It has been enlisted as a member of the Historic Hotels of America since 2013. This hotel was the tallest building of Nevada until 1929. The original building included cool features such as the first western escalator and the Tonopah Corporation Bank Vault. Both of these features are still visible today. The hotel was closed in 1999 and reopened by Fred and Nancy Cline in 2011. When they first purchased the hotel, it was a 50 room hotel with two restaurants, a bar, and rooms full of furniture. After restoration, the hotel opened in August of 2011 with five floors, 47 rooms, one bar, and two restaurants. Situated in a former mining town, the modern Mizpah Hotel is located near Tonopah’s Historic Mining Park. 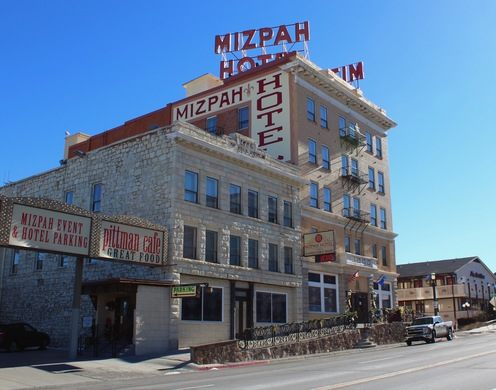 The Mizpah Saloon and Grill which was replaced by The Mizpah Hotel. 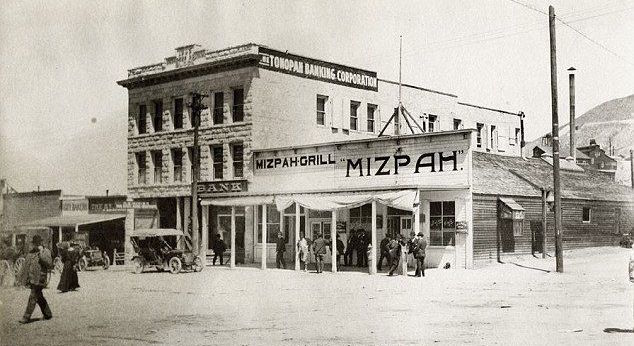 Pictured is Fred and Nancy Cline, the couple who purchased, restored, and reopened The Mizpah Hotel in 2011. 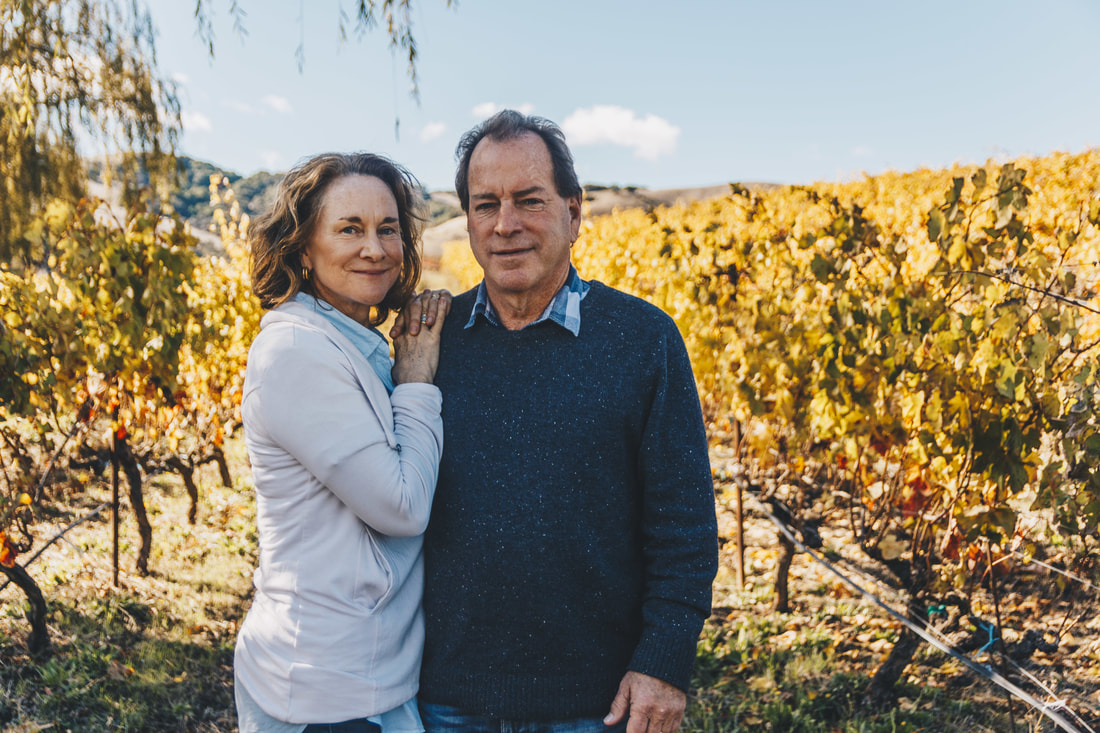 Pictured is the "Lady in Red" Suite, named after a ghost who is said to haunt the hotel. 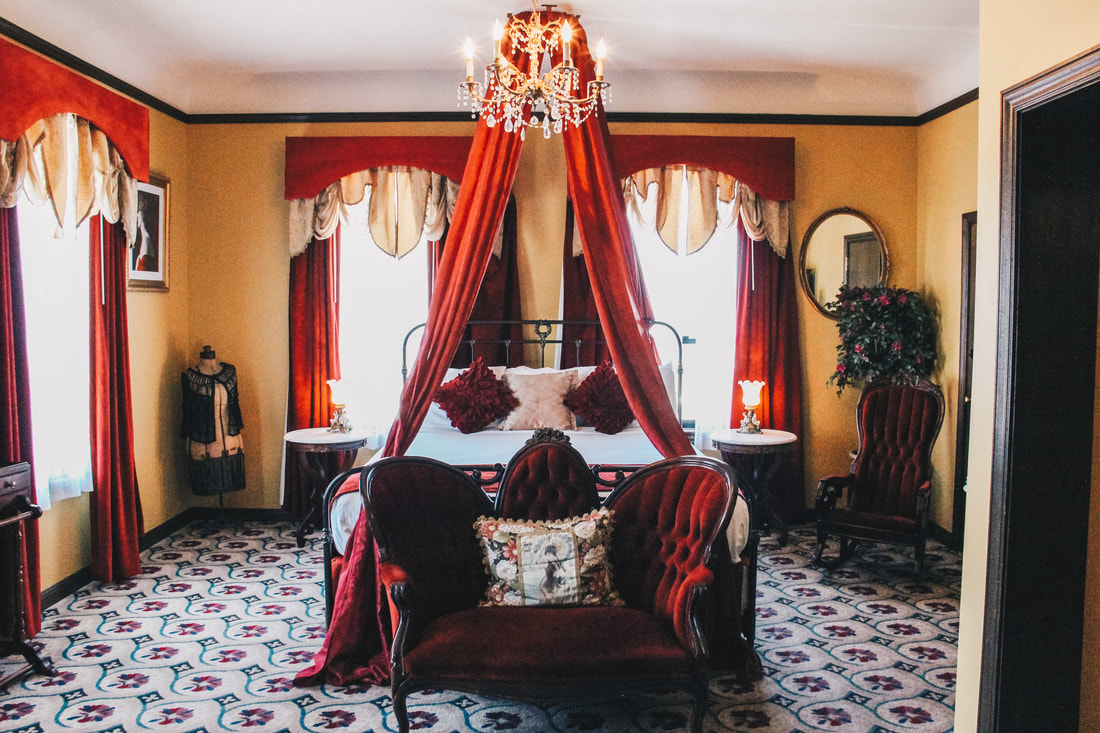 The Mizpah Hotel, pictured shortly after opening in 1908. 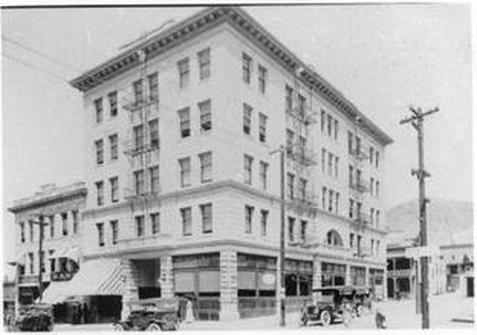 Pictured is the Tonopah Corporation Bank Vault that is still visible in the lobby today. 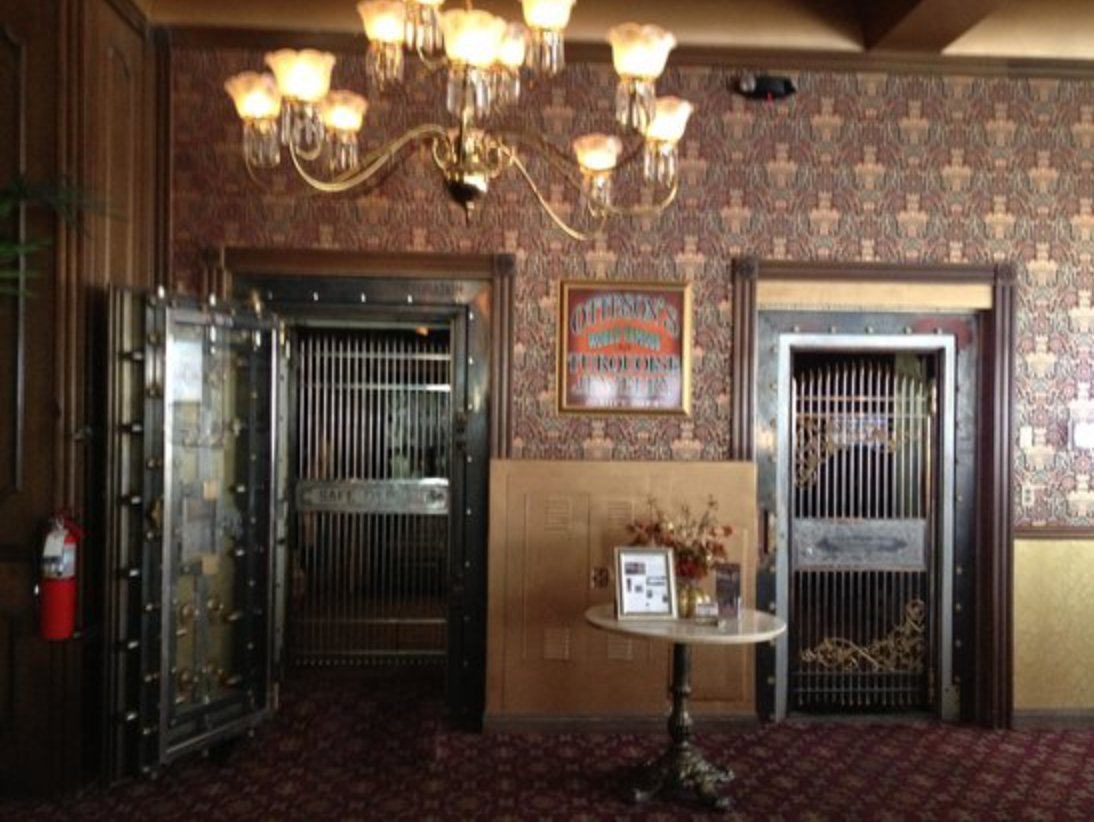 At the end of the silver boom era, the senator George Nixon made a deal with businessmen, specifically George Wingfield, Cal Brougher, and Bob Govan, to build a hotel in Tonopah to hold elites’ meetings. At that time, Nevada was considered as the second-largest producer of silver, directly behind Virginia. This was the main reason for Nevada to call itself the “Silver State.”

Recognized by his creations, the architect Morrill J. Curtis designed a new building to replace the former Mizpah Saloon and Grill with a “Giant” hotel, under the same name. The hotel was built in 1907 for $200,000 and had its grand opening on November 17, 1908. The Mizpah Hotel became the center of Tonopah’s socialization and economics due to the Tonopah Corporation Bank Vault being located inside the hotel. This made it beneficial for every businessmen and elites’ transactions. Today, you can still see the vault in the hotel’s lobby in its original state.

Another feature of that hotel is that, according to USA Today, it is considered the most haunted hotel in the USA. The most popular ghost is called “The Lady in Red,” a prostitute who was brutally killed by a jealous ex-boyfriend on the fifth floor. The basement of the building is also said to be haunted by two robbers. They were killed by another robber interested in stealing the precious objects contained in the bank’s vault that was at the time, found inside the hotel’s first floor.

As the silver trade vanished during the Twentieth Century, the hotel experienced ups and downs and eventually closed in 1999. In 2011, Fred and Nancy Cline of Cline Cellars bought the hotel for $200,000 and restored it due to close family ties to the city’s early history. Nancy’s great uncle was one of the first residents of the town and owned a saloon. When they first purchased the hotel, it was a 50 room hotel with two restaurants, a bar, and rooms full of furniture. They managed to salvage the furniture to give the hotel a retro-aspect to the modern hotel. The hotel finally reopened in August of 2011 and today has five floors, 47 rooms, one bar, and two restaurants.

Beasley, Yvonne. “Building has ghostly history: Mizpah Hotel in Tonopah is 'most haunted' in US.” Reno Gazette-journal, 16 Oct. 2018, A.1.