Founded in 1950, New York's Municipal Archives preserves and maintains over 220,000 cubic feet of records from over a hundred city agencies. Holdings date back to the Dutch colonial period, including records related to government, land deeds, criminal cases, census records, and items that can help those interested in uncovering their family history. The largest municipal archive in the world, the collection includes over a million photos. 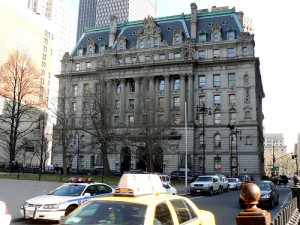 Between 1939 and 1941, and again in the mid-1980s, the city photographed every house and building in the five boroughs. As a result, the Municipal Archives has a collection of over 1.5 million photos. Researchers can view photographs from the 1940s collection on microfilm in the reference room. Low-resolution copies of the 1980s photos can be viewed online or on computers at the Municipal Archives.

You can find office records, manuscript material, still and moving pictures, ledger volumes, maps, blueprints, and audio recordings regarding the administration of the New York City government.  The records regarding the criminal justice system in NYC, dating form 1684 to 1966, are the largest and most comprehensive in the United States.

Committed to long-term preservation, a conservation unit continually upgrades its processes to maintain the archival collection in its care.