This memorial honors Orin Fenno Keyes Jr., an American veteran, who shares a common undeniable goal with all American veterans to protect our country's freedoms. Forever a symbol of heroism, sacrifice, loyalty and freedom. “It doesn’t take a hero to order men into battle. It takes a hero to be one of those men who goes into battle.” -General Norman Schwarzkopf, U.S. Army 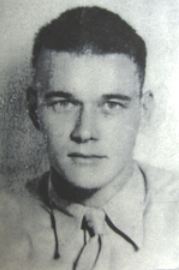 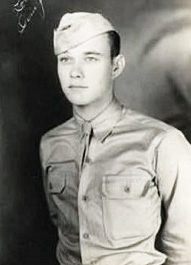 "Brave Paratroopers of B Company, 502nd Parachute Infantry Regiment, 101st Airborne Division [who] gave their lives for the liberation and defense of Sint Oedenrode in September 1944." 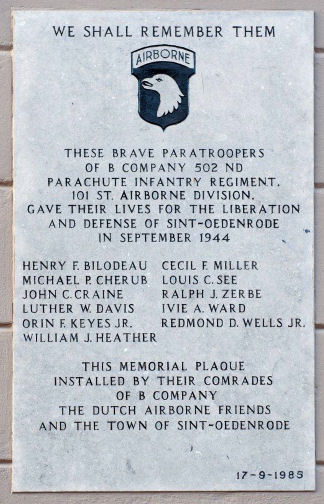 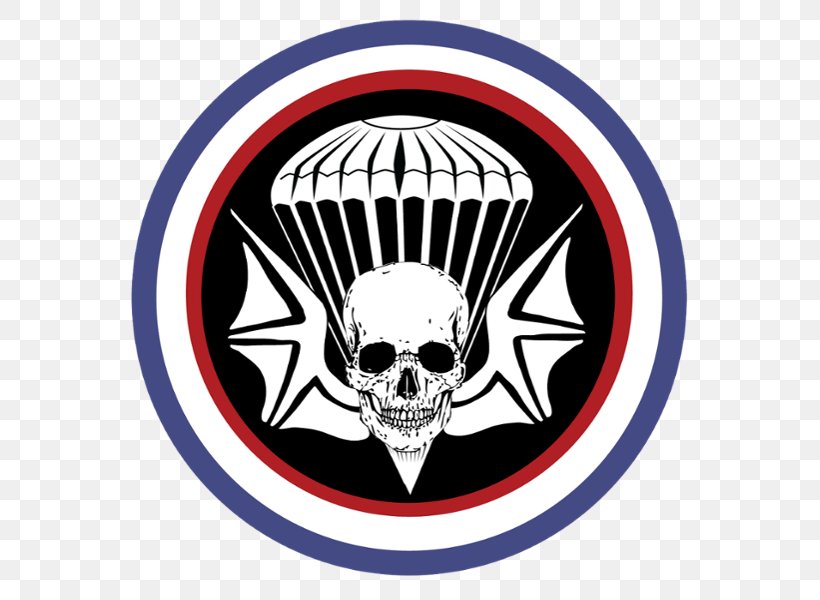 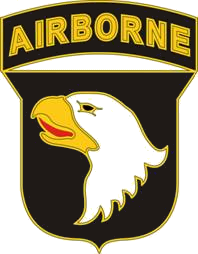 Born in Barnstable in 1921 son of Orin F. Keyes and Dorothy H. Keyes, he attended Barnstable high school and graduated in 1938. During his high school years he played football, basketball, golf and was on the track team all four years. In his yearbook of 1938 it states he was generous, friendly and full of energy.

Orin F. Keyes Jr. enlisted in the United States Army on August 24, 1938 and eventually joined B Company of the 101st Airborne Division, the The 502nd Parachute Infantry Division. He also volunteered as a paratrooper and received his wings in Fort Benning, Ga. While in Europe he married an English girl named Elsie on July 19, 1944.

Private First Class Orin F. Keyes Jr. was advancing in the Netherlands, and on September 21, 1944 he was killed in action during Operation Market Garden at the time of the liberation of St Oedenrode, the Netherlands. He was awarded the Purple Heart.

In St Oedenrode a stone wall plaque can be found with the names of the paratroopers of B Company 502nd Parachute Infantry Regiment, 101st Airborne Division who gave their lives for the liberation and defense. Private First Class Keyes is buried in the American Cemetery in Margraten, The Netherlands.