This historical marker commemorates Annie Maybeck, a leader who protected many of Berkeley's trees from being cut down. In the early twentieth century, many of Berkeley's native trees were at risk as the city planned new roads and developers planned new housing developments. Annie Maybeck joined with other influential women as a member of the Hillside Club, an organization that protected Berkeley's native trees and promoted a style of building in harmony with nature. One particular oak tree on Leroy Avenue was saved by Maybeck after she marched to City Hall to demand its preservation. This tree became known as "Annie's Oak.” It was designated a City of Berkeley Landmark in 1986. A historical marker was placed at the site to commemorate Maybeck’s role in successfully preserving the tree for posterity. Maybeck was the wife of a prominent architect, Bernard Maybeck, an architect who designed homes throughout the Bay Area during the Arts and Crafts Movement. 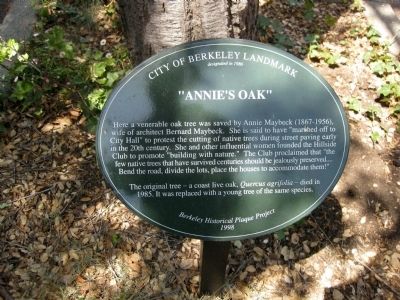 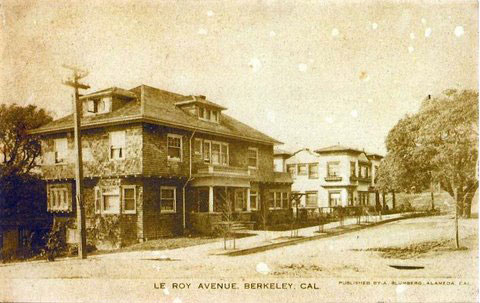 "Annie's Oak", shown here in 1915, via the "Report on a City Plan for the Municipalities of Oakland and Berkeley" by Werner Hegemann 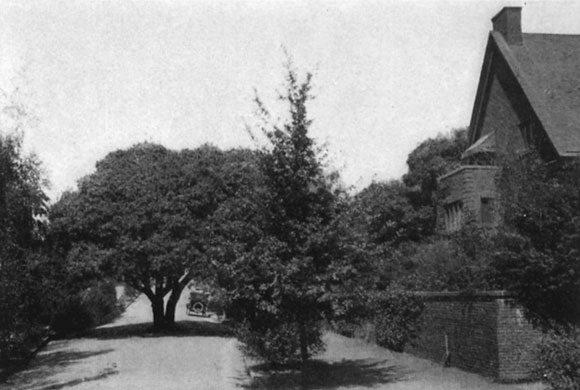 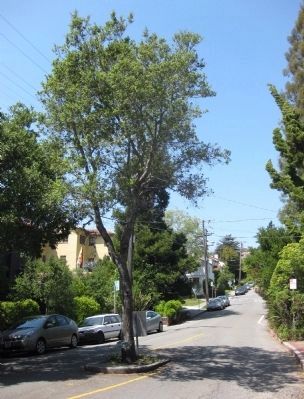 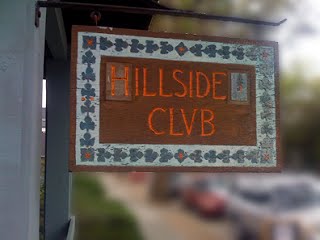 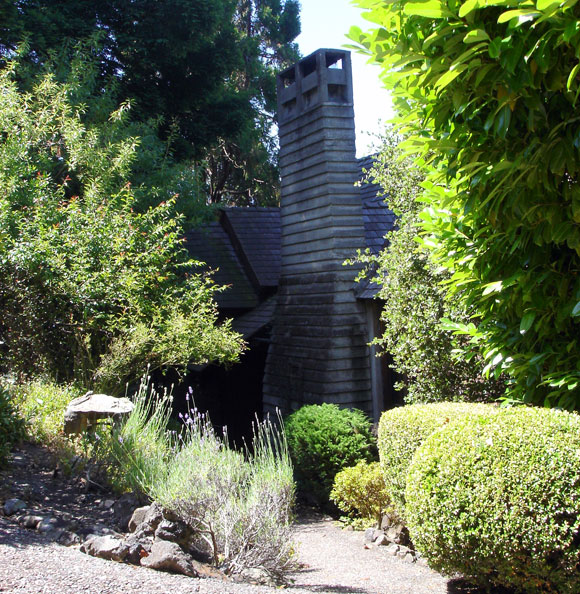 Annie and Bernard Maybeck, at their home in Berkeley, California (1948) 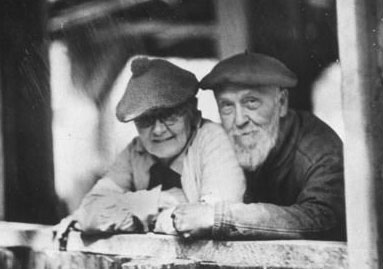 Bernard and Annie Maybeck, painting together "en plein air" outside of their home in Berkeley, California 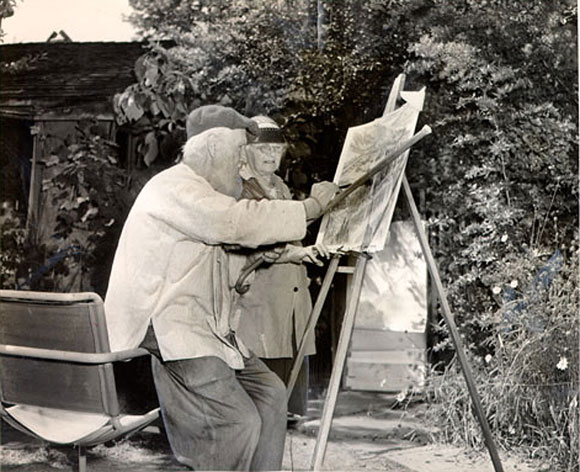 Annie Maybeck (1867-1956) was a member of the Hillside Club, a group of influential women in the Berkeley area who sought to prevent the loss of Berkeley's native trees during a period of urban development. As the wife of Bernard Maybeck (1862-1957), a prominent architect who designed many significant Bay Area homes in the Arts and Crafts style, Annie Maybeck was well-positioned for the task at hand. After witnessing a number of Berkeley's native trees under threat as the city began to pave new roads and lay out new neighborhoods, Maybeck and the Hillside Club instead advocated for "design according to the principles of nature."

In its approach, the Hillside Club's philosophy aligned with that of the Arts and Crafts Movement, which heavily influenced the decorative arts and architecture during the early twentieth century. Like the Arts and Crafts Movement, the Hillside Club advocated for the design and construction of "artistic homes that appear to have grown out of the hillside." Accordingly, architects such as Bernard Maybeck strove to design homes and other buildings that looked as if they had emerged naturally out of the landscape.

In conjunction with this philosophy of building, the Hillside Club advocated for the creation of roads which followed the natural contour of the land. This included leaving the existing trees in place so that they would not need to be cut down. In some cases, homes were even built with existing trees growing inside of them, branching up and out through the roof. The idea behind this design style was to create homes that felt more like "shelters from the rain" rather than structures that imposed an unnecessary artifice upon the landscape. This aesthetic differed markedly from the traditional style of urban planning, in which city neighborhoods were designed and laid out according to a grid system.

As one of the most vocal members of the Hillside Club, Annie Maybeck sought to save Berkeley's native trees by appealing directly to City Hall. After she successfully petitioned to save a particular oak tree on Leroy Avenue, the tree became known as "Annie's Oak." It was later designated a City of Berkeley Landmark in 1986. A historical marker was placed on the tree as part of the Berkeley Historical Plaque Project. The marker states:

Here a venerable oak tree was saved by Annie Maybeck (1867–1956), wife of architect Bernard Maybeck. She is said to have “marched off to City Hall” to protest the cutting of native trees during street paving early in the 20th century. She and other influential women founded the Hillside Club to promote “building with nature.” The Club proclaimed that “the few native trees that have survived centuries should be jealously preserved…. Bend the road, divide the lots, place the houses to accommodate them!”

The original tree—a coast live oak, Quercus agrifolia—died in 1985. It was replaced with a young tree of the same species.

Although the original "Annie's Oak" died of natural causes in 1985, a new oak tree was planted in its place. This new tree was also called "Annie's Oak" and it still stands today. According to the provisions extended to this tree when it became a designated city landmark, "Annie's Oak" tree will continue to grow where it was planted for many years to come.