The Myrtle Beach Colored School was the only school that African American students were allowed to attend during segregation. The school opened in 1932 and was the primary source of education in Myrtle Beach for the Black community outside of local churches. The school ceased operation in 1953, coincidentally one year before the Brown vs Board of Education ruling in 1954. this ruling did not actually end segregation in Horry County. This school was instead closed owing to the opening of the Carver Training School. 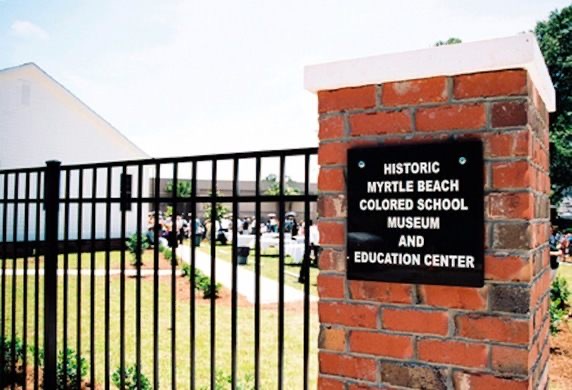 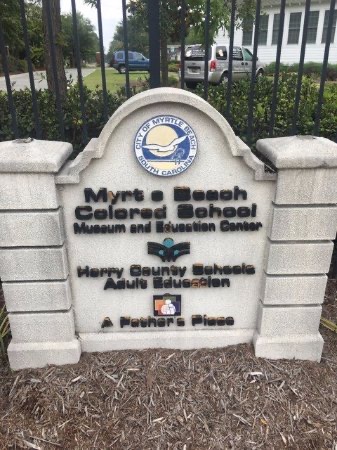 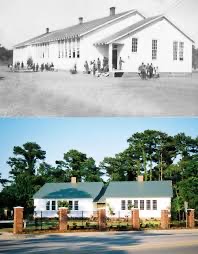 In 1932, the Myrtle Beach Colored School was built to provide a publicly-funded education for African American children. The school provided classes for grades one thru eight only, and contrary to the opportunities for white children, there was no transportation provided for Black students or opportunities for higher grades until the years that followed. These young students were required to walk to school as they witnessed their white counterparts ride to their schools on buses provided by the school district. Despite this, members of the African American community rallied to support ‘their’ school which served the community for over twenty years. The school did not close because of integration, but rather because of the 1953 opening of the Carver Training School. That new building was utilized for various purposes for the next twenty years and eventually fell into disrepair by the mid-1970s. A grassroots effort to restore the school failed initially but was later revived. Thanks to a joint effort of the former students and the City of Myrtle Beach led to a dynamic restoration on another community site.

The Horry County School District also financially supported this effort and agreed to place the local adult education program in the newly built facility. This effort took off after a large national homebuilder agreed to contribute over $150,000 in labor and supplies to the project. After a year-long construction period, the school opened in 2006. The building includes a small museum staffed by former students. The adult education center is joined by “A Father’s Place,” a non-profit that provides resources to non-custodial fathers.