The National Library of Medicine began as a small collection of medical texts in the office of the U. S. Army Surgeon General in 1836. This collection grew into a library for use by military personnel until a 1956 act of Congress established the library under civilian authority. This library building on the National Institutes of Health's campus in Bethesda was completed in 1962 and reflects the Cold War environment with foot-thick limestone walls, underground book storage, and a collapsible roof. In addition to maintaining a massive print collection, the library has been at the forefront of computer innovations in medical information sharing, including MEDLINE, PubMed, and ClinicalTrials.gov. The National Library of Medicine is the world's largest biomedical library.

National Library of Medicine (no copyright restriction on US Government works) 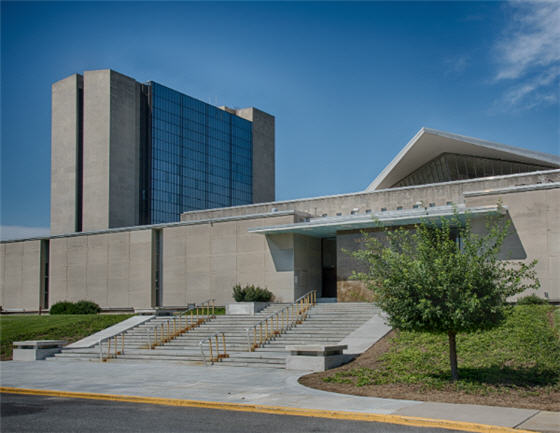 A Totem for Healing by Allen C. Browne on HMDB.org (reproduced under Fair Use) 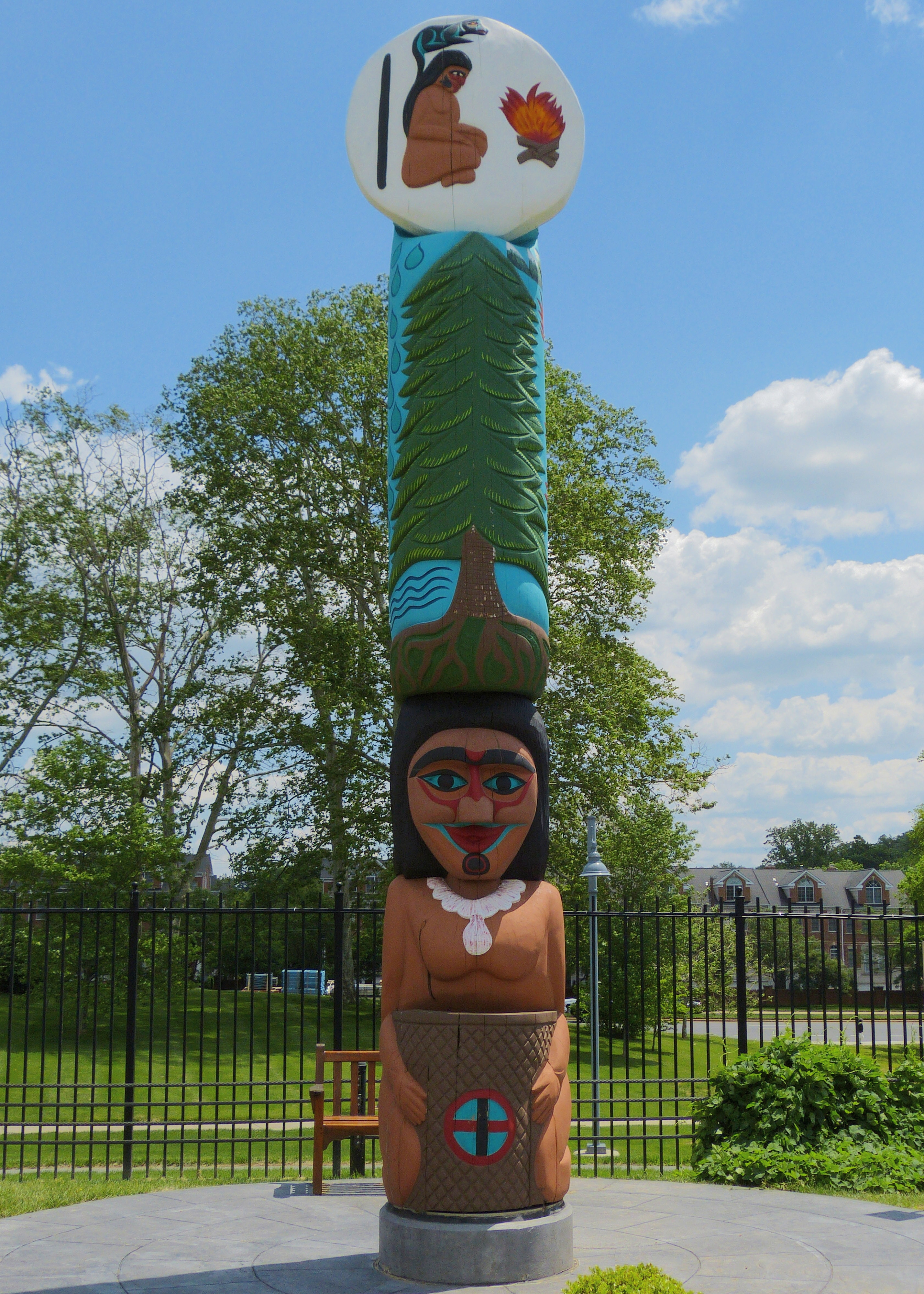 The Bethesda campus of the National Institutes of Health, largely donated by the Wilsons of the Tree Tops estate, became the home of the new National Library of Medicine building. Its architecture demonstrates the anxieties of military threats during the Cold War; its key features are foot-think limestone walls, a collapsible roof, and underground book storage. The library became a hub for medical information technology with the establishment of the Lister Hill National Center for Biomedical Communications in 1968, MEDLINE in the 1970s (with a free service beginning in 1997), and the National Center for Biotechnology Information in 1988. In 2000, both ClinicalTrials.gov and PubMed Central opened.

Two reading rooms are open to the public in the library: the Main Reading Room and History of Medicine Division Reading Room. Visitors can access reference materials and request books, serials, audiovisual materials, pamphlets, and dissertations.

As part of the library's bicentennial celebration in 1976, it planted a garden of healing herbs and other plants. Thomas Cook, Chief of the NIH Grounds Maintenance and Landscaping Section, directed the planting. The layout of the garden echoes the layout of the library. Over 100 different plants now grow in the garden. Standing in the garden is A Totem of Healing, carved by Jewell Praying Wolf James of the Lummi Nation from a 500-year-old Pacific Red Cedar tree. The tree fell naturally in the state of Washington. A cross-section of the tree also resides in the library. The totem depicts a series of symbols, including a healing woman gathering herbs, a tree of life, and the Algonquian figure of the medicine woman in the moon.